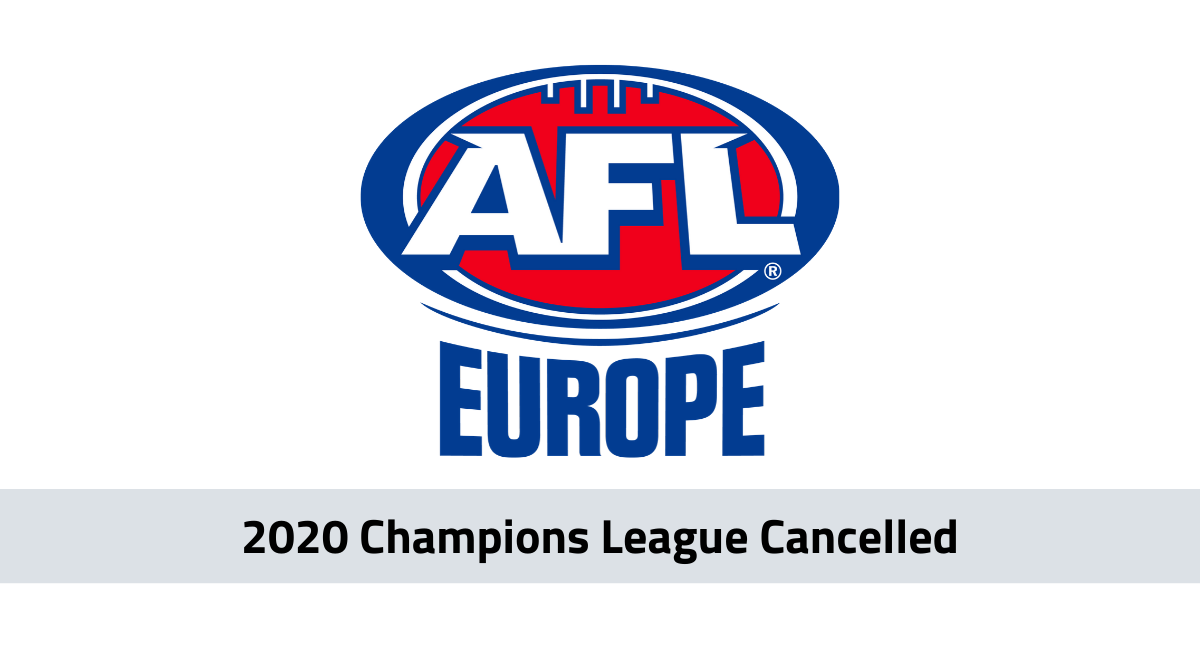 AFL Europe has unfortunately cancelled the upcoming Champions League tournament, which was set to take place on the 4th of April in Amsterdam, Netherlands.

As with all of our events, our number one priority is the health and welfare of our players, umpires, officials and the wider AFL Europe community. With the total number of COVID-19 cases rapidly rising throughout Europe and the United Kingdom, we believe this is the safest decision to make.

The recently enforced travel warnings, lockdowns, widespread event cancellations and gatherings ban in Netherlands have also been taken into consideration in making this decision.

AFL Europe will investigate the possibility of rescheduling the event later on in the year, and will update participating teams accordingly.

Our deepest apologies to those that were looking forward to this event, particularly those that had made travel arrangements.