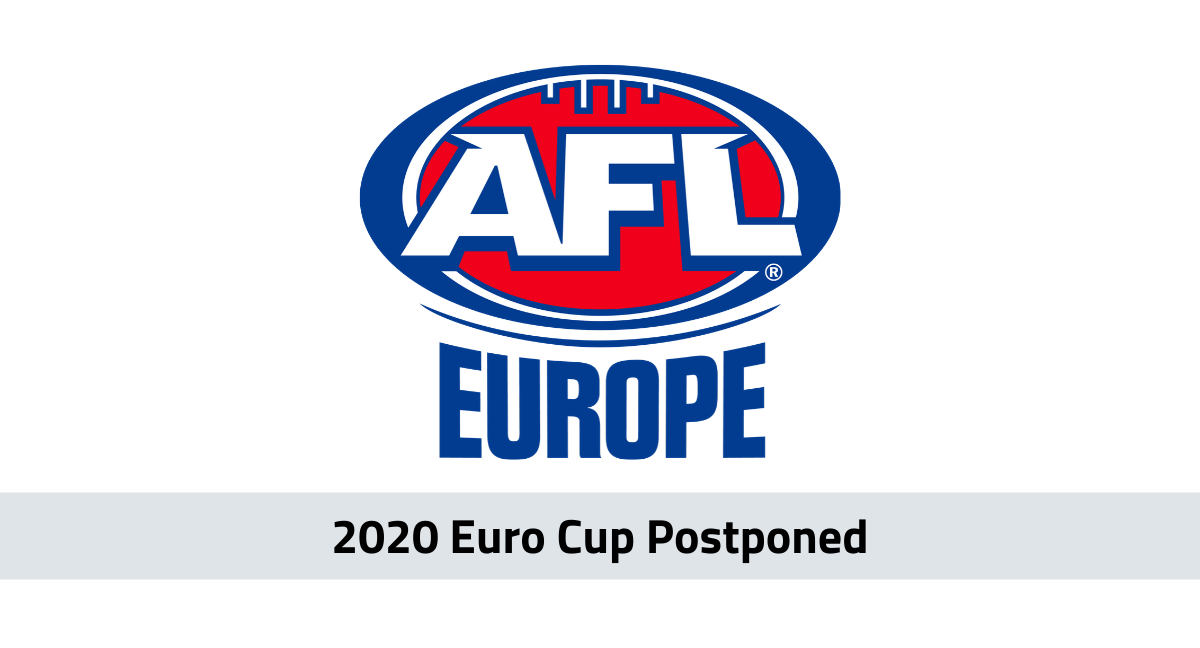 The annual nine-a-side tournament, which was set to be hosted by AFL Scotland in Stirling, sees European national sides face off to contest for the title of champions of Europe.

The decision to postpone has been made due to the uncertainty of the current coronavirus (COVID-19) pandemic and with the priority of the health and welfare of our players, umpires, officials and the wider AFL Europe community in mind.

Due to a lack of field and venue availability in Stirling in the second half of the year, AFL Europe will be sourcing an alternate location for the rescheduled 2020 event.

Given this, AFL Scotland has been automatically granted the rights to host the Euro Cup in Summer 2021.

We assure our community that we working hard to find possible dates and locations for a postponement of this event with information being made available as soon as it’s confirmed.

We look forward to putting on Europe’s premier tournament later in the year when conditions have improved.

Down Under Centre to return for year four