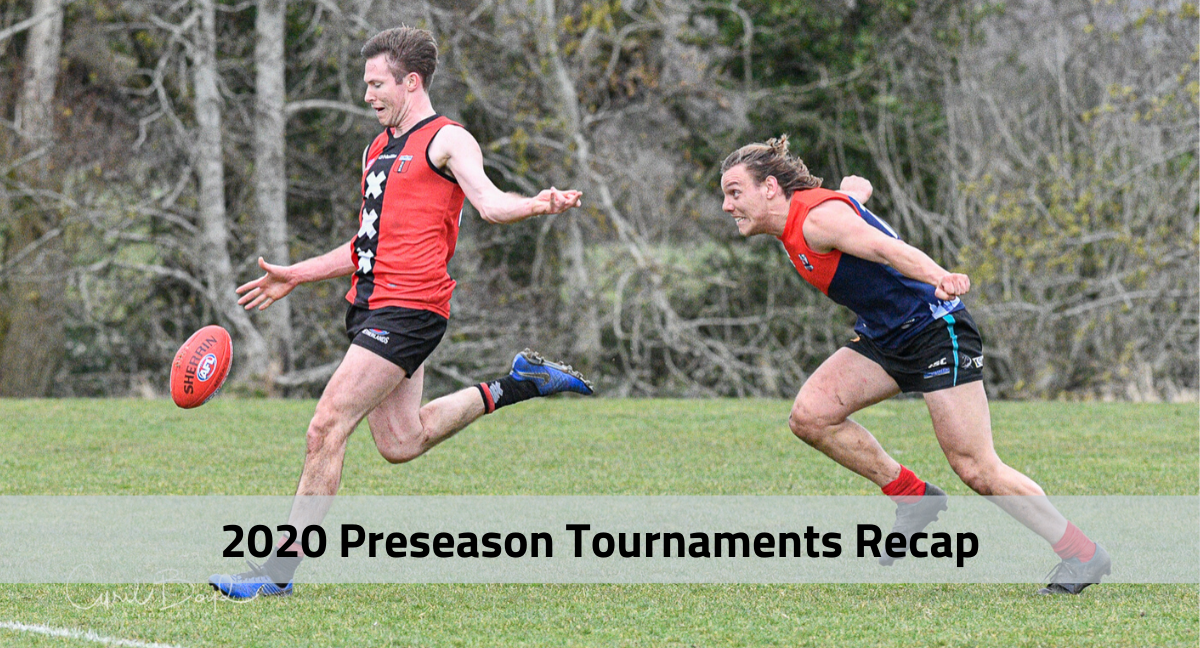 With the Australian Football season just around the corner, we have seen a number of tournaments take place around the continent with dozens of teams taking every opportunity for an international hit out.

Teams from the Netherlands, France, Sweden, Denmark, Poland, Germany, England, Scotland & more competed fiercely throughout these extremely competitive games. Below you will find an overview of the tournaments and some of the highlights of the first matches of 2020.

On the last day of February, the Cardiff Panthers held the Dragon Cup, attracting men’s and women’s teams from around the UK to compete in the inaugural Welsh tournament. However, as two storms struck Wales just a week prior to the tournament, outdoor grounds were flooded and were in no condition to be played on.

Local clubs and councils had to cancel all outdoor sport, resulting in the travelling teams cancelling their plans to head to Cardiff. But two teams from London were still eager to make the journey, as present players and staff members came together to turnaround what was set to be a cancelled event.

“A few teams reluctantly pulled out, but the West London Wildcats and London Swans still came to Cardiff, and we managed to secure an indoor artificial pitch where we played a combined game against the Wildcats,” said new Cardiff Panthers club president, Scott Jones. 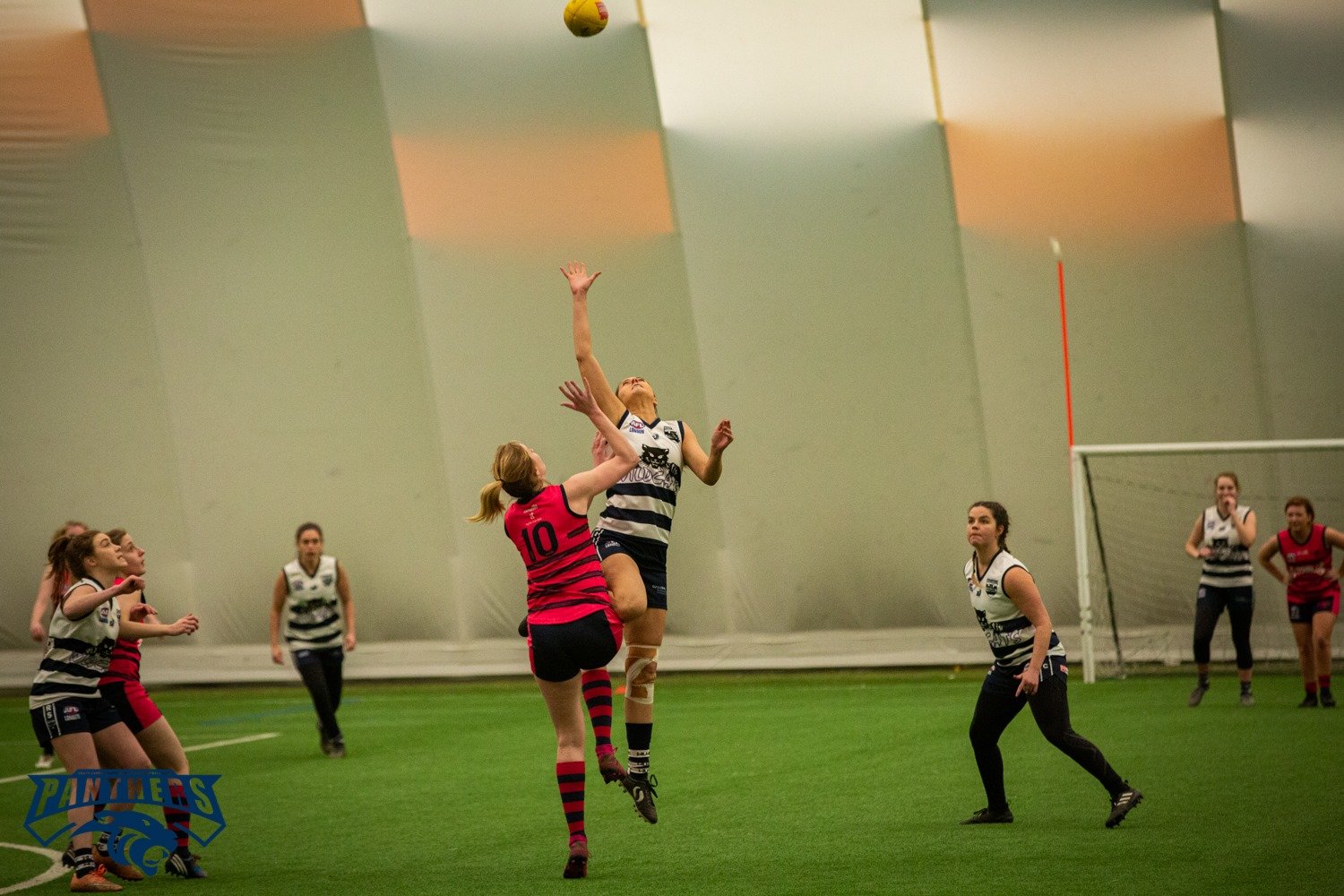 “A combination of players from different Welsh league teams came together, and made the most of the opportunity to compete.”

In the end, the Wildcats were far too good for the collective side, but things are on the up for Welsh footy.

“We are looking forward to the clocks going forward, and moving training to outside,” said Scott.

“We are hoping to set up some mixed non-contact matches in the summer, to encourage more players from different sports to take up and enjoy AFL.”

His final words turned back to the attention of the Dragon Cup, as he was so proud of the off-field work to allow the tournament to continue.

“A huge thanks to all the volunteers and organisers, particularly the efforts of Calumn Newman and Carissa Turner, who pulled this event together despite the setbacks.”

“Thank you also to those that attended, and hopefully we can re-run the event again next year!” 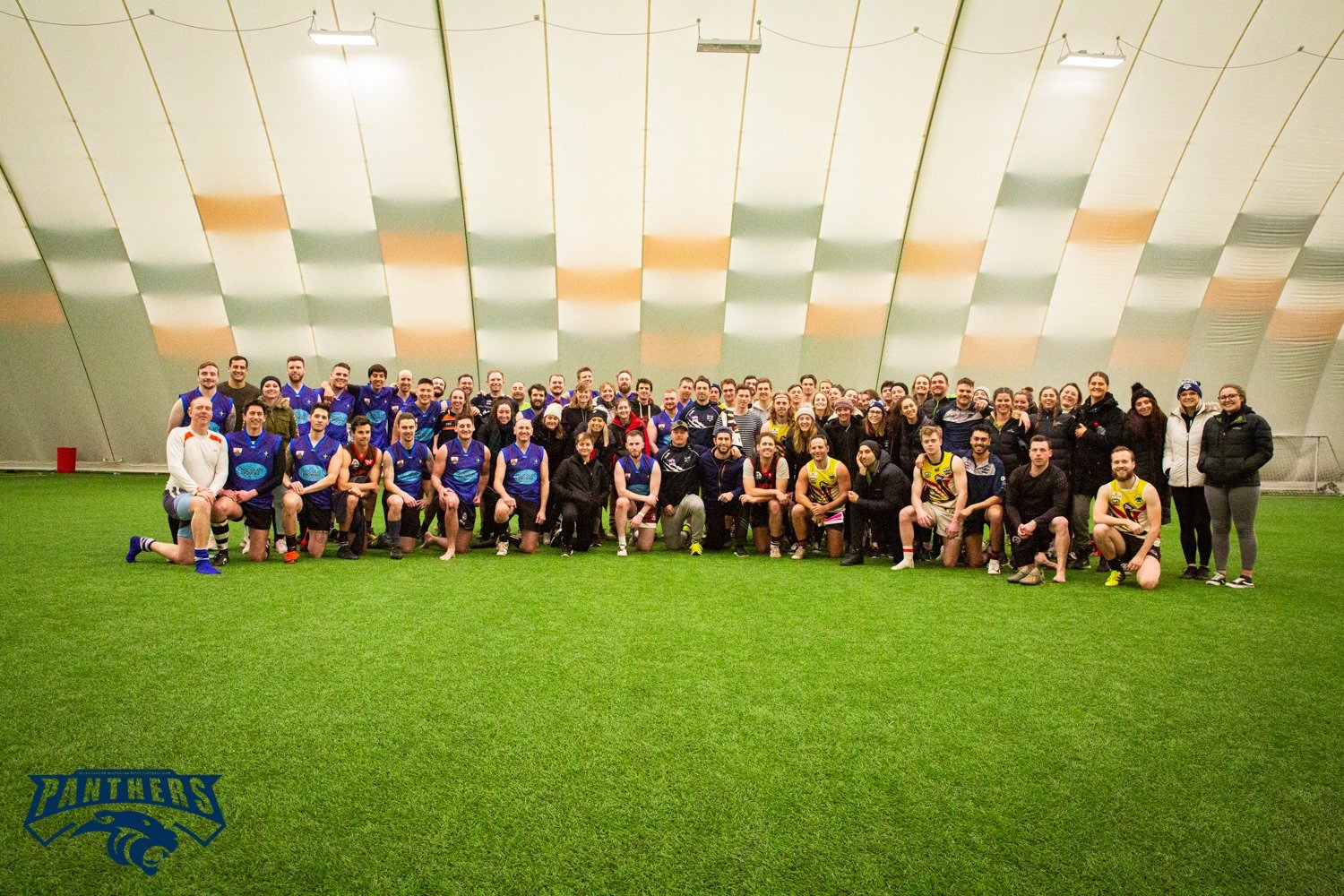 The third annual Gallia Cup, Europe’s first all-female tournament, was hosted by the Paris Cockerelles and the Antony Blues.

2020 saw teams visiting from Germany (Rheinland Lions) and Netherlands (Amsterdam Devils) to compete in a three-match series to determine the winner of the Gallia Cup. Coinciding with the launch of the Western European Australian Football Women’s League (WEWL) and their first tournament, the day was sure to be one to edge into the history books.

Off-field, joint efforts from Joanne Mouradian (Paris Cockerelles) and Steven Ryan (Antony Blues) saw the day run as a great success. From creating initial communications for competing teams, to running the canteen, they were responsible to make sure absolutely everything was organised to allow the tournaments to run smoothly.

On-field, games featured a high quality standard of women’s footy from all three of the Cockerelles, Lions and Devils.

“The games were played with good spirit, with tough contests and plenty of goals being scored,” said Joanne.

“There were many highlights of the day, the most important being that all three teams wore pink armbands to remember Janine Benecke, one of the original Rheinland Lions, who was devastatingly killed earlier this year in a tragic accident.”

If you would like to support Janine’s family, and to help raise awareness of the impacts of drinking and driving, visit the Instagram pages below. 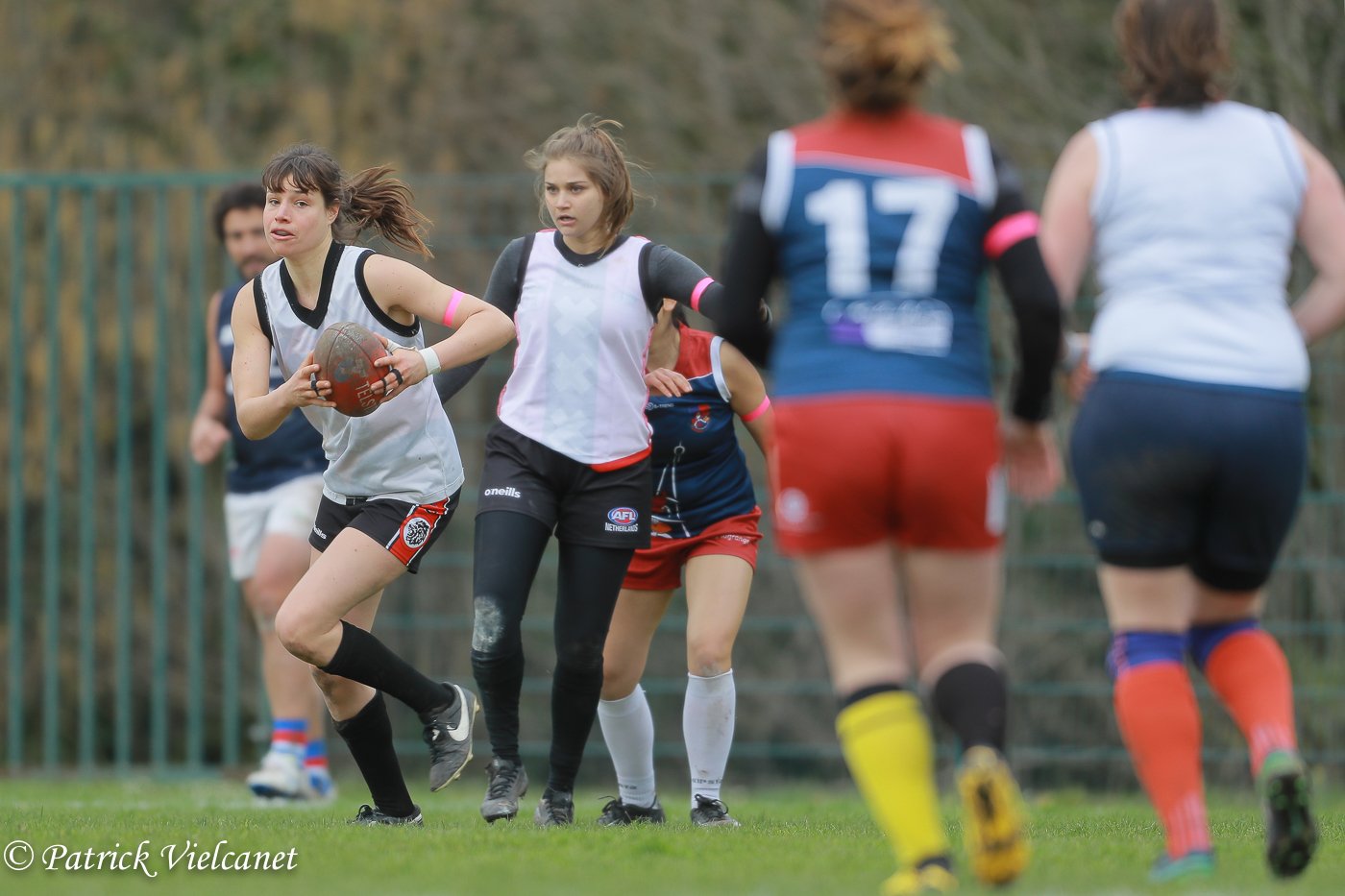 Paris got off to a quick start in their first match against an inexperienced Amsterdam side, eventuating as 46-point winners with 21 scoring shots to just the Devils’ five.

Game two consisted of Paris again and a tough German side in what led to a thrilling contest. The Lions held a lead of three goals heading into the final break, soon to be blown away by a Paris side that kicked four unanswered goals in the fourth to result as ten-point winners.

The final match of the tournament was between the Lions and the Devils. After a tough match against the Cockerelles, the Lions could not keep up with Amsterdam. Putting pressure on the scoreboard early, Amsterdam would runaway as 33-point winners.

The results from the three games saw the home side Paris, win the Gallia Cup! 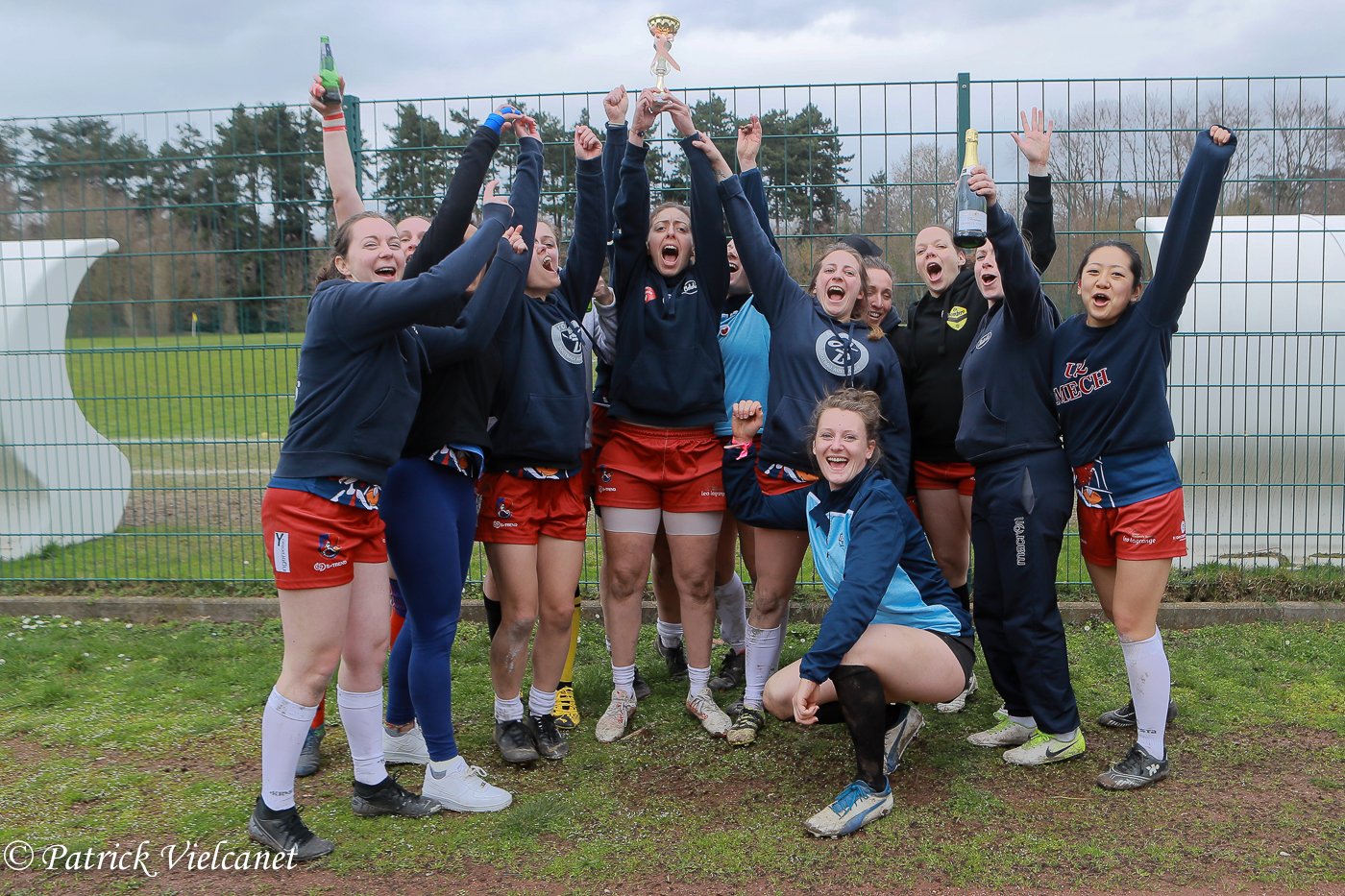 Joanne was ecstatic with the runnings of the day and the efforts by all teams.

“A lot of fun was had by all involved on the day and we are already looking forward to the next rematch in May (in Cologne),” said Joanne.

“As usual, we had a whole host of volunteers who generously helped us out, and we couldn’t have done it without them.

“Also, a shoutout to both Stephen Dillon and Lisa Wilson, who were a huge support.”

Historically, the Leprechaun Cup has been a small pre-season friendly game for Belfast with only one or two other teams. It now brings together almost ten men’s and women’s clubs competing to win it all at the tournament.

Coordinating most of the tournament organisation, along with David McElhone and Dean Skinner, Belfast Redbacks club president Conor Mallon believes the 2020 tournament has been one of the greatest they’ve held.

“The standard of footy being played was definitely the highest we’ve seen at the Leprechaun Cup in recent years,” said Conor.

“The addition of the clubs coming over from London, Scotland and Amsterdam seemed to inject great pace into the games and local clubs definitely had to up their game in the contests.” 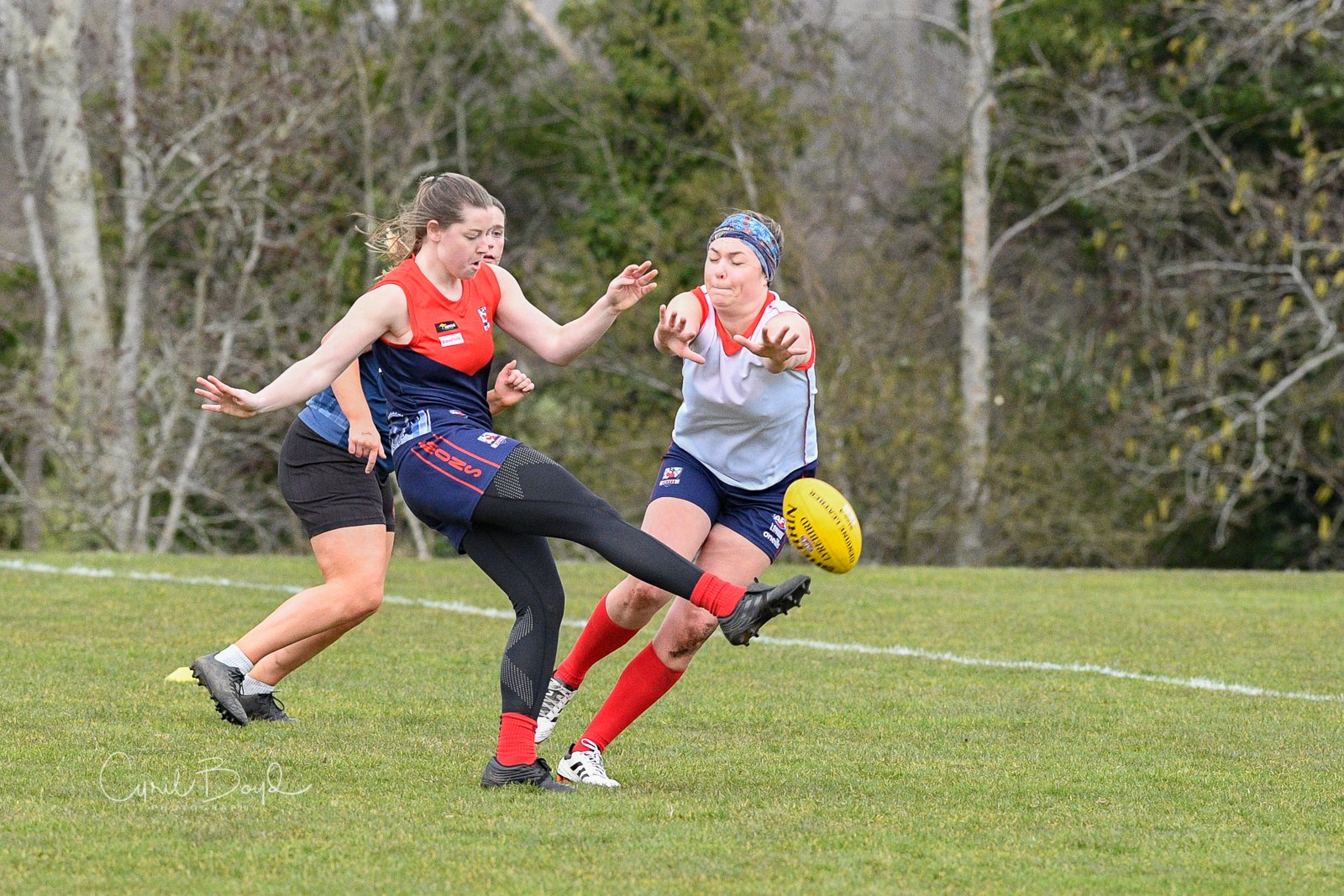 Amsterdam impressed all, putting on a high quality brand of footy all day, to come out on top in what was a fierce grand final against Wandsworth.

The women travelled over in good numbers, having two teams from Wandsworth and the Scottish Sirens mixed with a few Irish players.

In the final, the Wandsworth women conceded victory to the Sirens in a well-fought match.

“It was great to see such a successful day where everyone enjoyed themselves after all the hard work that went on behind the scenes”, said Conor.

“It was great to have some new players along to the Leprechaun Cup 2020 to give them a taste of competitive footy, and we look forward to them playing in the season ahead.”

After the catastrophic bush fires that have devastated Australia over the last few months, the world came together to donate whatever they could towards the environmental rebuild of the country’s affected areas. With millions of funds raised around the world, Pierre Vaxelaire felt urged to do what he could to help raise money. Pierre, who is a member of the Berlin Crocodiles,  told AFL Europe that because a large contingent of Australians were apart of the club, the idea of creating a tournament and collecting donations seemed to be the right thing to do.

“I had this crazy idea of raising money for the bush fires and the Australian Community,” Pierre said.

“It was clear that we would get the support from the rest of club to follow through with our idea, so the proposal of creating a friendly tournament with teams from Europe seemed like a ‘win-win’ situation!” 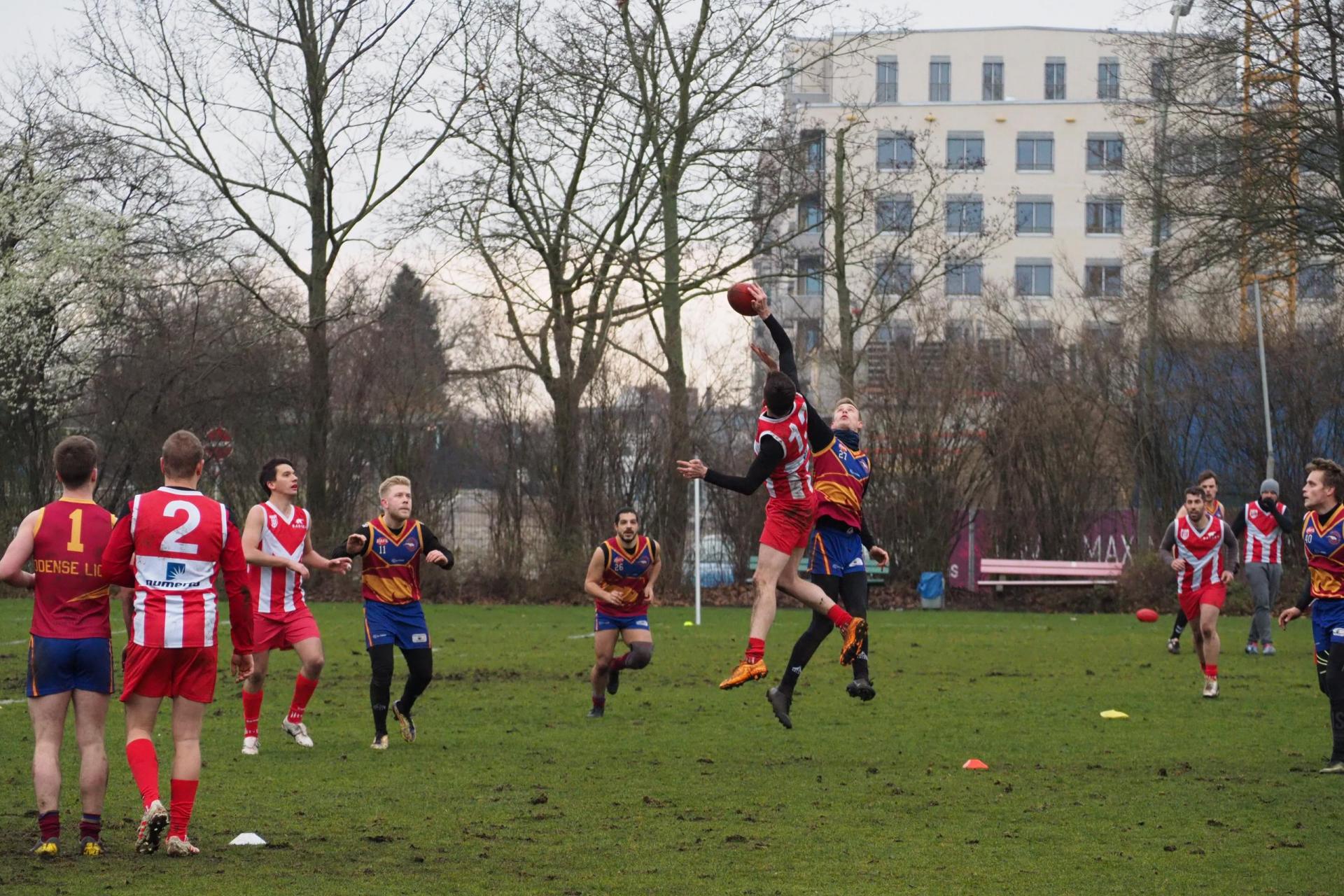 The tournament itself consisted of both a women’s competition and a men’s competition with teams coming from Germany, Poland, Sweden and Denmark. Each team played three games throughout the day with halves of fifteen minutes each.

The games played by the men were extremely competitive between all teams, the Grand Final in the men’s came down to the Odense Lions and the Berlin Gaelic Club, after Berlin West forfeited their spot in the Grand Final to give the second place teams a chance at redemption. The Berlin Gaelic Club proved to be too good in the clash, taking the tournament out by 25 points.

Despite the muddy pitch and freezing weather conditions, all teams in the women’s competition fought extremely hard and competitively throughout the day. The Berlin Crocodiles and Malmö Lynx were the sides that came out on top and faced off in the Grand Final. The Lynx made it hard for Berlin, but the Crocodiles showed strong determination and were able to keep the trophy at home this year defeating the opposition by 27 points. 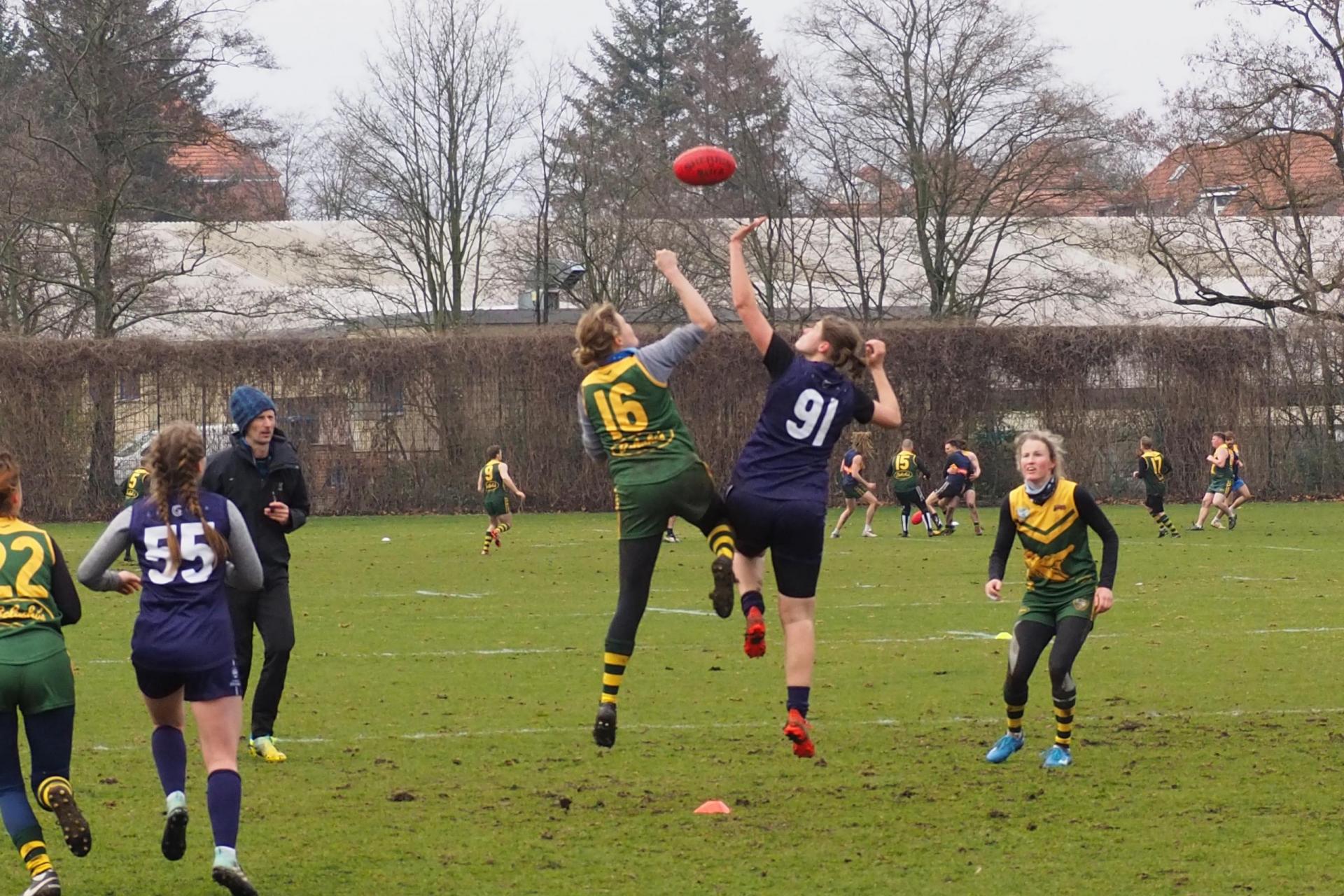 Pierre was incredibly proud of the how the tournament went, noting to AFL Europe that the day itself was a real success!

“It was such a brilliant day for our club. It was good to see such great commitment from all the competing teams throughout the day.

“Once the games had ended, everyone was so friendly and open to get to know each other – and that is what it is all about. All in all, we are all extremely happy about the day and can’t wait to develop our club further throughout the football season this year.”

The Footy vs Bush fire tournament raised a total of €1350 for Habitat for Humanity Australia.

Well done to all that were involved!