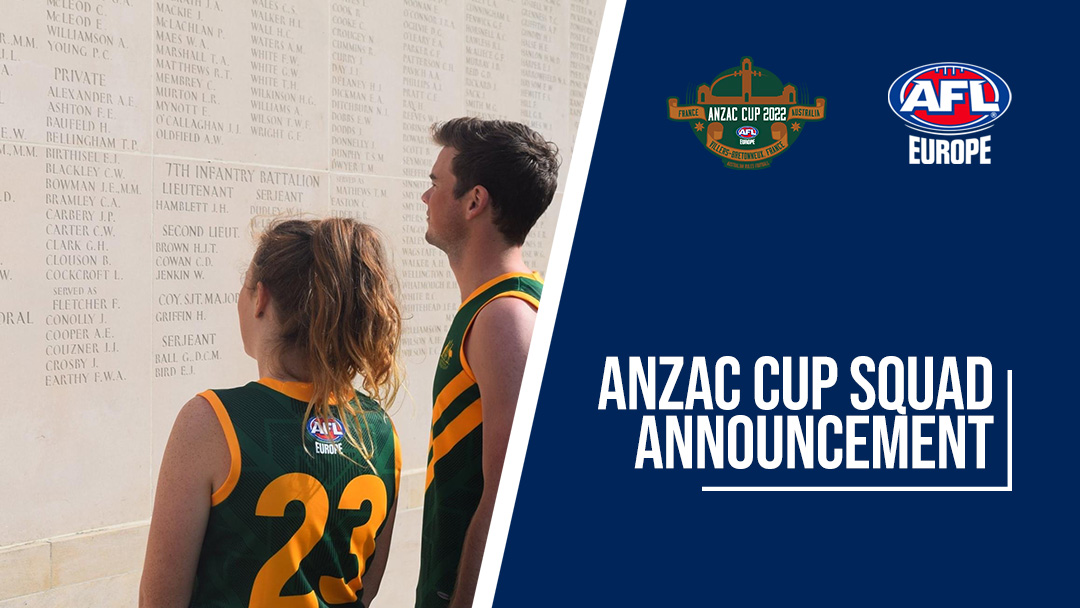 This year’s ANZAC Cup will run from April 23-25 in the French town of Villers-Bretonneux. It will see a return of the yearly Aussie rules match-up between the Australian Spirit and French national sides, conducted as part of the annual ‘Australia Week’ celebrations held in Villers-Bretonneux.

The small, Northern French town has a strong connection with the Australian Armed Forces. On April 24, 1918, it was captured by German infantry before Australian troops came to the rescue and retook the town overnight.

It is a great honour to represent Australia across the ANZAC Cup weekend and AFL Europe is pleased to announce the official Australian Spirt men’s and women’s sides ahead of April’s matches.

Coaching the Australian Spirit squad for the first time will be Justin Clarke. The former Brisbane Lion recently took over as coach of the University of Oxford’s AFL women’s side and has started his tenure with a bang – guiding them to victory in the Fitzpatrick Cup in Cardiff earlier this month.

Congratulations to those selected and we look forward to seeing you all in France later this year.

More information about the history of Villers-Bretonneux and AFL Europe’s ANZAC Cup can be found here.

Croatia to host European Championships in October!
Scroll to top