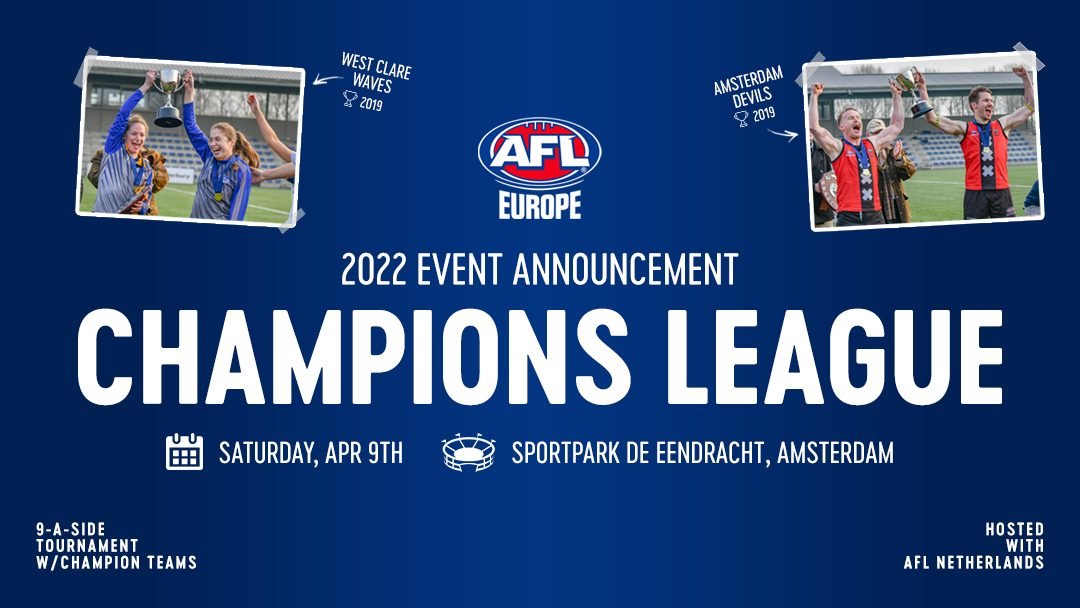 The AFL Europe Champions League tournament is back!

Next year on Saturday, April 9th the best men’s and women’s local teams in Europe will meet in Amsterdam to compete for club champion status across the continent.

The 9-a-side tournament hosted by AFL Europe in conjunction with AFL Netherlands, will reunite with the Sportpark De Eendracht complex to be played across five of its pitches. The tournament will be played for its sixth time and for the first time since 2019. To qualify for the 2022 Champions League, men’s and women’s teams will need to have won the premiership in their 2021 local competition.

AFL Europe Governing Bodies and League Presidents have been contacted, with each champion team currently being confirmed and competing teams to be announced soon.