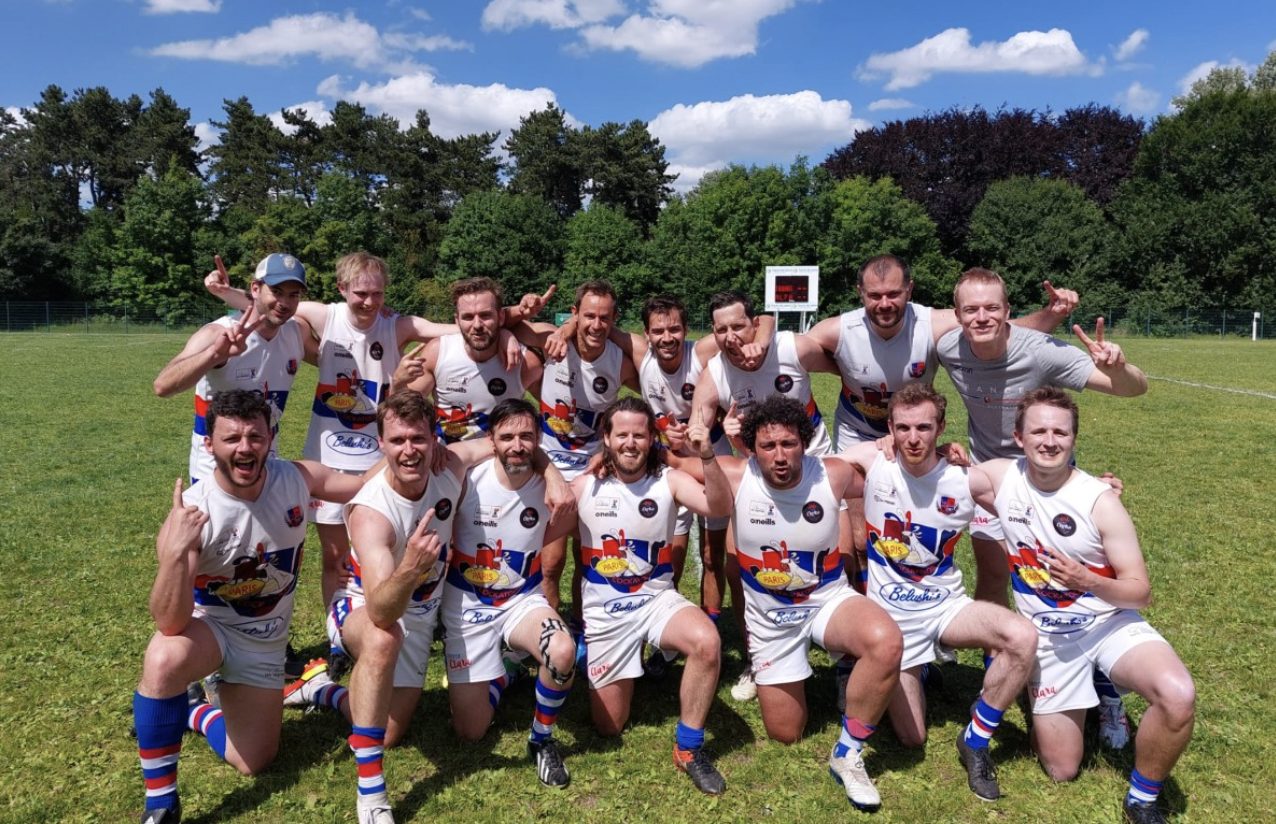 After two years of championships marked by interrupted seasons, the long-awaited Grand Final of the 2022 AFL France Championship saw the Paris Cockatoos and the ALFA Lions clash on Saturday 11th June. Both teams came into this game full of confidence after having dominated the North and South conferences respectively during the regular season.

In front of a large crowd, the first quarter offered a neck and neck duel between these two teams. The Lions came into the game with great intensity putting the Cockatoos in trouble in the first 10 minutes of the quarter and developing a lead by a few goals. The Parisians’ game gradually settled down allowing them to close the gap. Finishing with a bang, the Cockatoos managed to go ahead by a behind on the quarter time siren (End of Q1 – Cockatoos 3-5-23 vs ALFA Lions 3-4-22).

The next 20 minutes were dominated by the Paris Cockatoos, winning important duels in the centre of the field and putting the ALFA Lions’ defensive organisation in trouble. Taking advantage of this ascendancy, the Paris Cockatoos showed rare precision to score 8 goals and 2 behinds during the second term (Half time – Cockatoos 11-7-73 vs ALFA Lions 5-6-36).

The ALFA Lions came back with the intention of not letting up in the third quarter, leading their opponents in rough contests in their characteristic style.

Unfortunately, against the Paris Cockatoos playing one of their best games of the season, their attacks could not compensate the Parisian offensives. Despite some missed opportunities in the third quarter, the Paris Cockatoos maintained their lead (End of Q3 – Cockatoos 13-12-90 vs ALFA Lions 6-9-45).

The fourth quarter was similar to the third in that the Paris Cockatoos continued to keep the pressure on the ALFA Lions who were unleashed but without any solutions despite a more open game on both sides. The level of skills displayed by both teams was widely appreciated by the public, as the Cockatoos ran out winners after a tightly contested game (Full score – Cockatoos 18-15-123 def. ALFA Lions 9-12-66).

The Paris Cockatoos thus win the second title in their history!