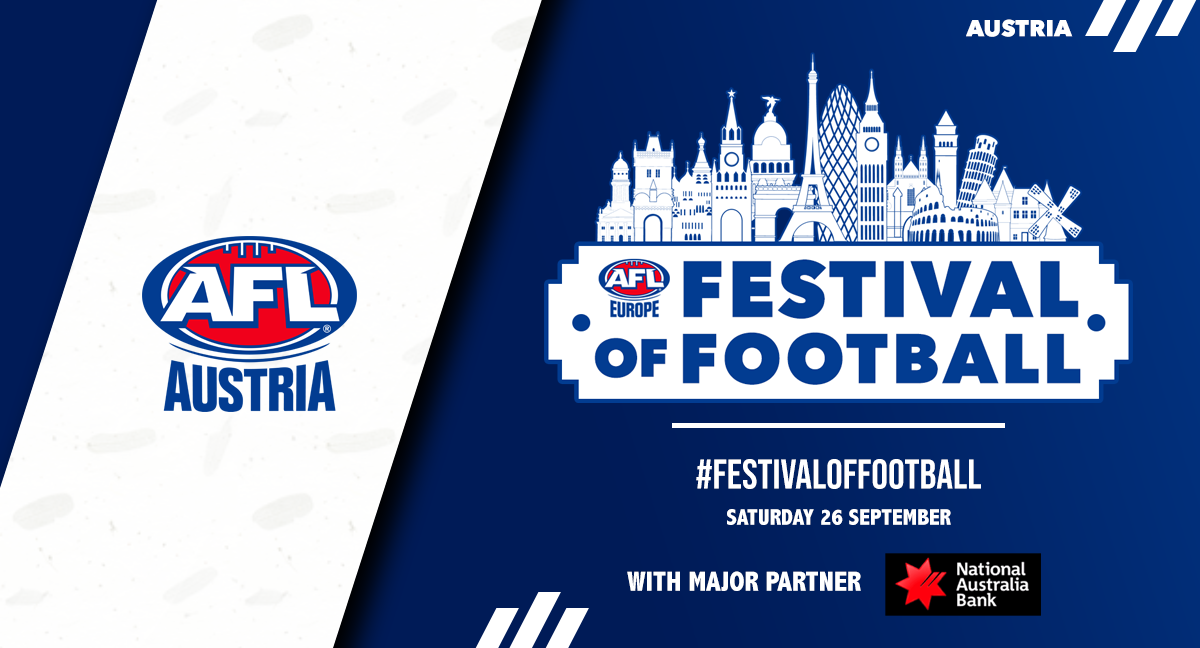 KICKING things off in Austria in the afternoon of the 26th will be the Vienna Galahs and Styrian DownUnderDogs.

Vienna will journey down to the south of Graz as part of AFL Europe’s Festival of Football, which will see the first match followed by an all-in mixed tournament with at least three teams.

Whilst the Austrian rivalry was put on hold for majority of the year, they were able to play one match against each other in late-August.

“We have a solid rivalry… we are good mates but we love our matches against each other,” said Styrian DownUnderDogs captain Michael Jud. 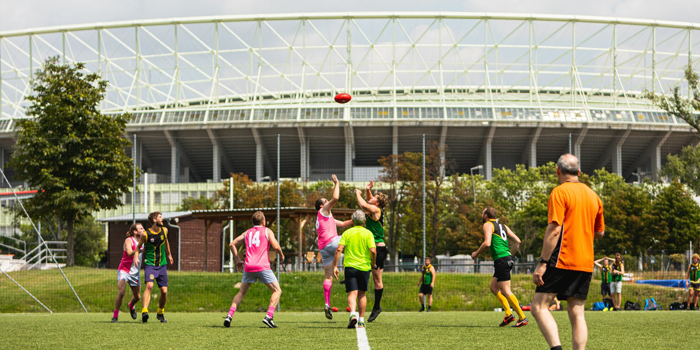 The game, which was played in Vienna was equal at 3/4 time and went right down to the wire.

Local GAA club and friends of the Galahs, Vienna Gaels, had invited the Galahs and DownUnderDogs to include their Australian Football match as part of the Gaels’ ‘Gaelic Sports Day’.

Whilst the GAA players at the Gaels are quite familiar with Australian Football, many of their supporters and spectators weren’t. A few even found their way down to a Galahs training the next week.

“It was a really good day of footy… the spectators loved it, it was close right until the end,” said Jud.

“For the Galahs, it was really good for our club… the following week we had three new faces down at training,” said Vienna Galahs captain Sebastian Boehm.

🥇 Vienna Galahs 55 – 47 Styrian Down Under Dogs! Awards: Best 'Flaming Galah' on Ground, Jacob Hand 🇦🇺 Best defender, Sebastion Bohm 🇦🇹 Best midfeilder, Max Tomek 🇦🇹 Best forward, Fabian Kurz 🇦🇹 Thank you to everyone who came to support us yesterday and the Down Under Dogs for a great match. Still undefeated for the European 2020 league!

Whilst Gaelic and Australian Football have their similarities, it’s the comparison with American Football that Jud and Boehm say many Austrians can get confused.

“When you say you play football, everyone thinks you play American Football,” said Jud.

“Australian Football is by far more interesting… I always try to bring as many different people from different communities to the games, and all of them tell me after the game how exciting it was to watch, even though they don’t know the rules.

“People are always super interested afterwards too, it’s an amazing sport. People are tough, but they’re friendly on- and off-field.”

The original plan around a month ago for Austria’s Festival of Football was for the two teams to meet up with newly formed Hungarian side, Budapest Bats, in the country town of Gutenstein for a three-team tournament.

What would have been the debut of the Bats has had to be postponed due to government restrictions formed in early September.

“It would’ve been amazing to have the Bats over,” said Jud.

“The Vienna guys have been doing an awesome job. People are always getting super excited to play against the capital of the country… and try to beat them as often as possible.”

That same excitement will follow into the Festival of Football, as the two teams hope to continue to spread the word of Australian Football around the country.

“We hope to keep growing Austria’s knowledge of Australian Football… unfortunately there is no chance to watch it on TV,” said Boehm.

“At the Festival of Football, we want to promote the game and have fun.”

Austria, who were involved in the announcement of National Australia Bank as AFL Europe’s new Ball Partner earlier this year, also enjoyed participating in AFL Europe’s Race to the MCG. 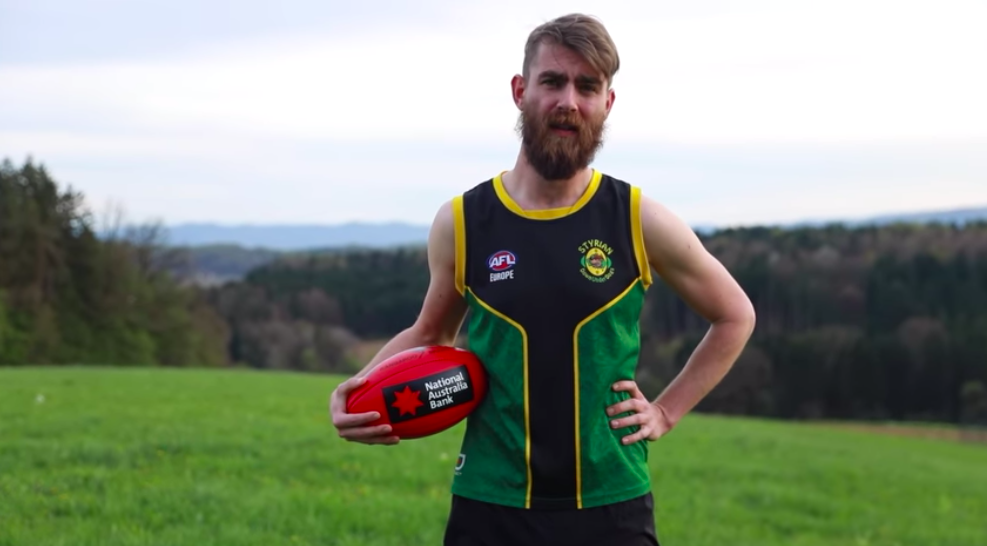 Jud involved in the announcement of National Australia Bank as official Ball Partner of AFL Europe.

“The Race to the MCG was just an awesome event,” said Jud.

“People from our club hadn’t gone for a run in like 15 years… it was just a perfect opportunity to get people involved in the team and make progress together as a team too.

“Seeing the competition within the team and also the other nations… it was awesome.”

Austria’s runners showed great determination and consistency, finishing as just one of four men’s teams to outlast their ‘week one benchmark’ throughout the entire race.

All attention will now turn to next Saturday, when Austria and nearly ten other countries play in their own tournaments for AFL Europe’s Festival of Football.

PSS Presents: Around the Grounds – Socials Edition #25
Scroll to top