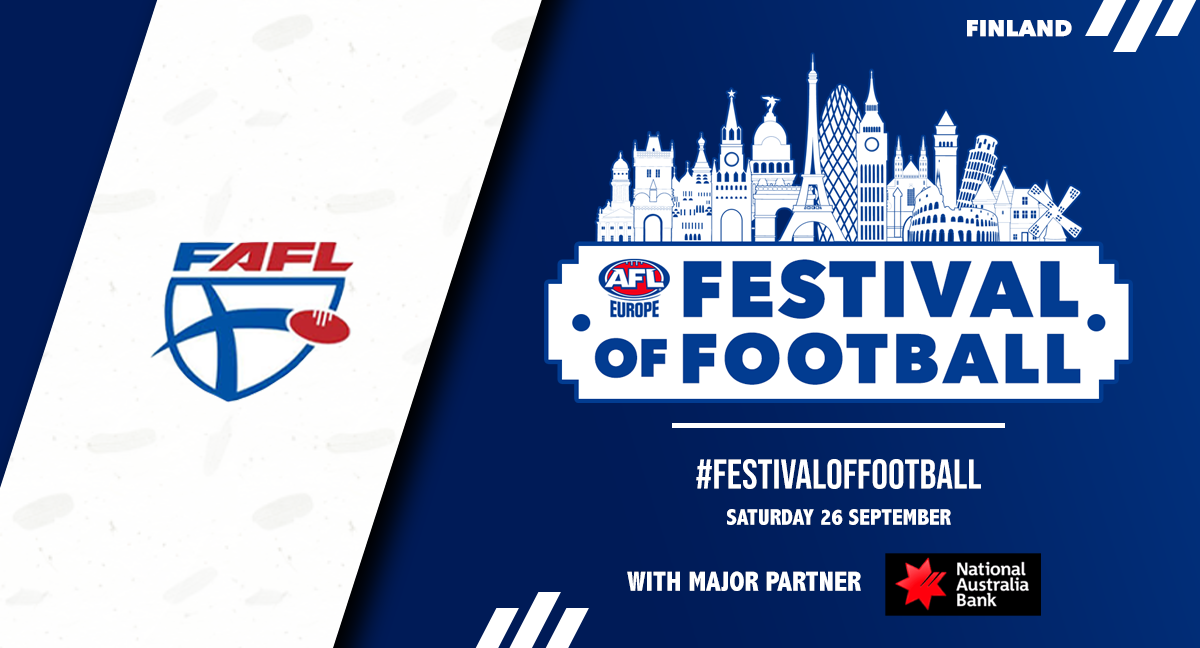 PREPARATION for Finland’s participation in AFL Europe’s Festival of Football is officially underway.

The tournament is set to take place approximately 30km out from Turku, in a small town named Paimio.

Attending will be the Helsinki Heatseekers, Turku Dockers and Waasa Wombats, each hoping to field a 9-a-side team.

A usual AFL season in Finland would consist of three round robins, held in the three cities listed above. 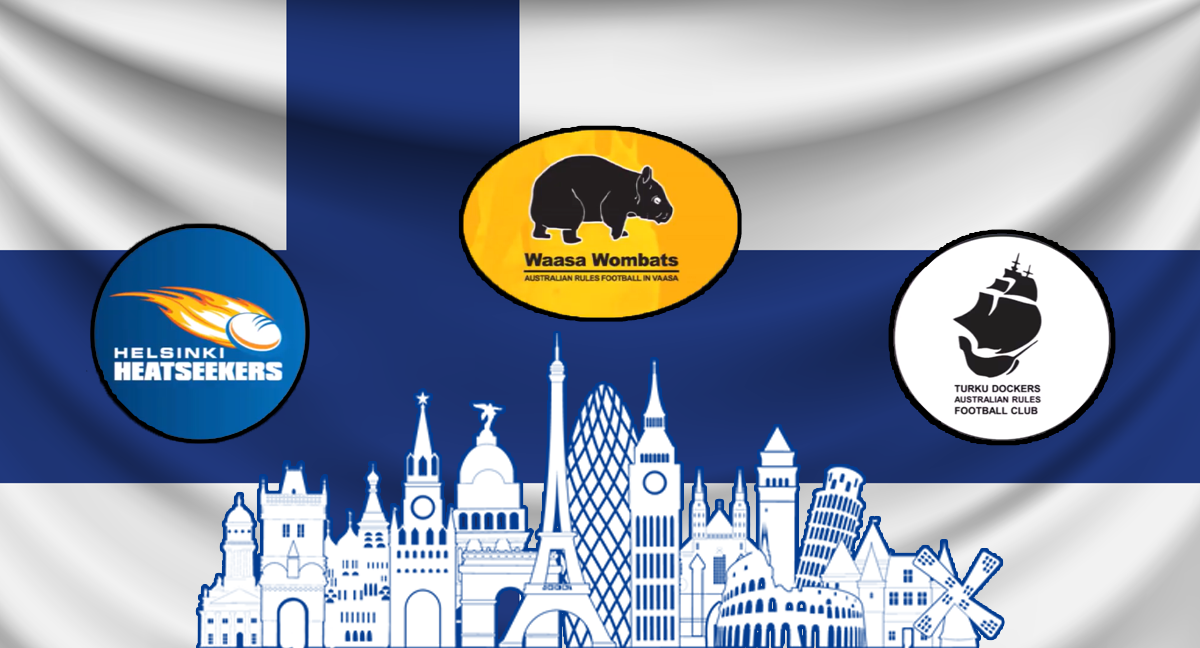 At each round robin, teams play each other once, with the two overall leading teams then going head-to-head in a grand final.

Held on a separate day to the round robins, the location of the grand final operates on a yearly rotation basis, which led to the decision of the venue for the upcoming tournament.

“This year the grand final was meant to be held in Turku, but due to the current situation we haven’t been able to play any of our round robins,” said Chairman of Finland AFL, Anton Salmi.

“There are very many football clubs in Turku, which makes it hard to find fields.

“Now that we’ve moved the date to coincide with the Festival of Football, we can confirm the tournament will be held in Paimio.” 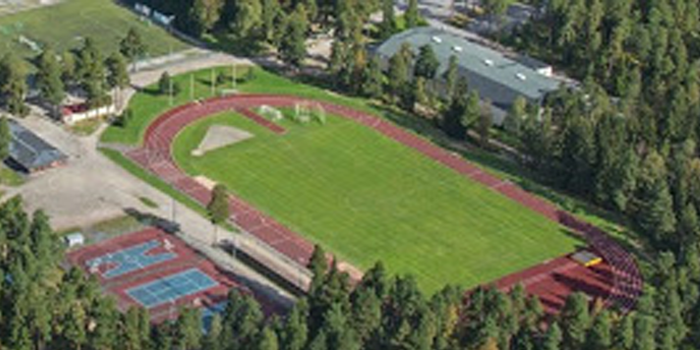 The tournament will follow the usual structure of a Finland AFL round robin, however now differentiating with a grand final being played on the same day.

The games in the round robin are currently scheduled for two 15-minute halves, with a five-minute break. The final time structure of the matches will be confirmed on the day, based on the weather and total participation.

To keep the excitement and momentum rolling throughout the day, there will only be a short break between the round robin games and the grand final. 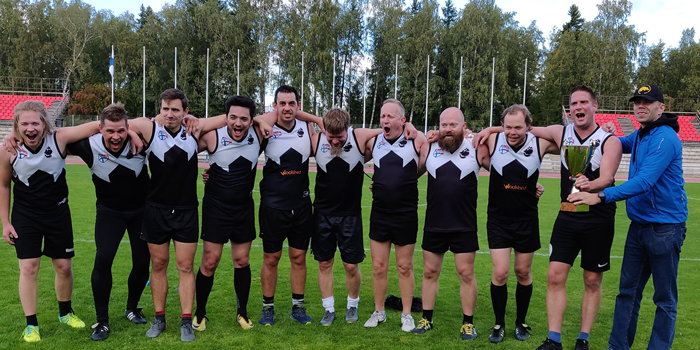 Premiers of the FAFL 2019; Turku Dockers.

All three teams are very much looking forward to participating in the Festival of Football in which the coverage of the tournament may even make it onto your devices at home.

“It’s nice to be a part of something bigger, and we’re hoping it will bring some interest to Australian Football in Finland,” said Salmi.

“We hope to live stream it on Finland AFL’s Facebook page which could bring some more ‘viewers’ to the game.

“Hopefully people will find the game online which might mean we get more people in Finland playing the sport.”

A ‘mixed team day’ in Nokia back in July has attributed to six women actively training with the Finnish clubs. Salmi was excited to share that some of them are likely to play in the tournament too.

“This year we are going to do a mixed competition, the women who are interested in coming said they don’t mind playing ‘against the boys’. 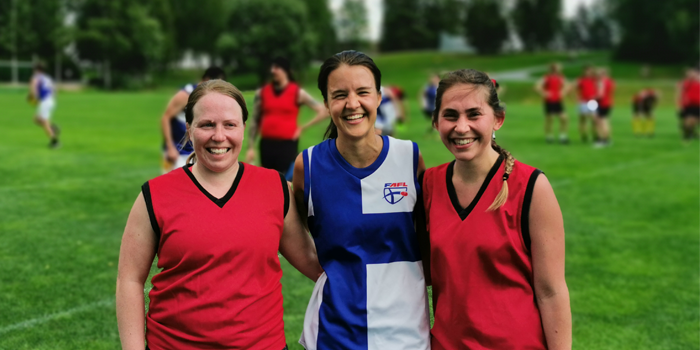 “We have a few female players in the Helsinki and Turku areas… we have about six actively training in Finland at the moment so there might be one or two in each team.”

Due to the large distance between the three teams, Salmi said it’s unrealistic for any of the teams to meet up for a practice match in the lead up to the tournament.

That being said, all three teams are very excited for the tournament and are likely to share players with one another to make sure each team is filled the best they can be.

“There may be loans from each team to help fill out the squad to get the 9-a-side. We’re quite flexible in that sense,” said Salmi.

Joni Kinnari from the Waasa Wombats said it wasn’t necessarily about bringing glory back to your city, but more about making sure teams get out onto the pitch.

Kinnari is captain of the Wombats who notably is an all Finnish team.

Despite Turku winning the cup last year and heading into the tournament as favourites, Kinnari is most looking forward to the Wombats match against the Heatseekers.

“We (Wombats) have a bit of a love-hate relationship with Helsinki, we always want to beat them,” said Kinnari.

“They have a lot of talented guys, they’re a strong team.

“They have a good connection with a fellow Gaelic football team too… it gives them a strong base.” 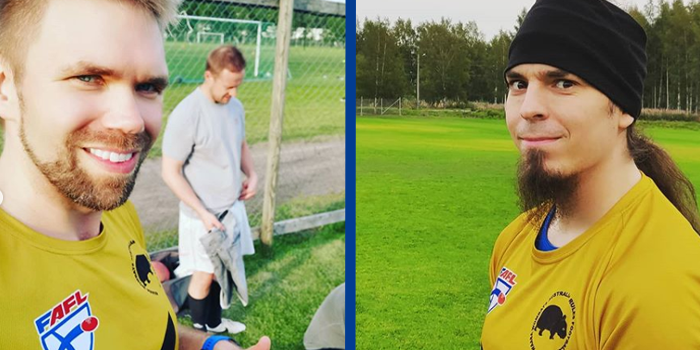 Salmi (left) and Kinnari (right) at training earlier this year.

Should the live stream of the tournament go as planned on Finland AFL’s Facebook, Kinnari mentioned there’d be a few players to watch out for.

“From Turku, there’s their ruckman, Alex. He’s been playing for quite a long time and is a force to be reckoned with.

“From Helsinki, they’ve got a Colombian called Leon who has just come back to Finland after a couple years.

“He’s always been skilled… those are the two guys I’d be looking out for.”

Maybe the Wombats will be able to recruit some new talent before the tournament begins to help them with these match ups, as they plan to hold a 90-minute ‘taster session’ at a local school on September 3rd.

For now, the three teams look forward to their first official matches to be played this year and ultimately becoming champions of FAFL 2020.

PSS Presents: Around the Grounds – Socials Edition #23
Scroll to top