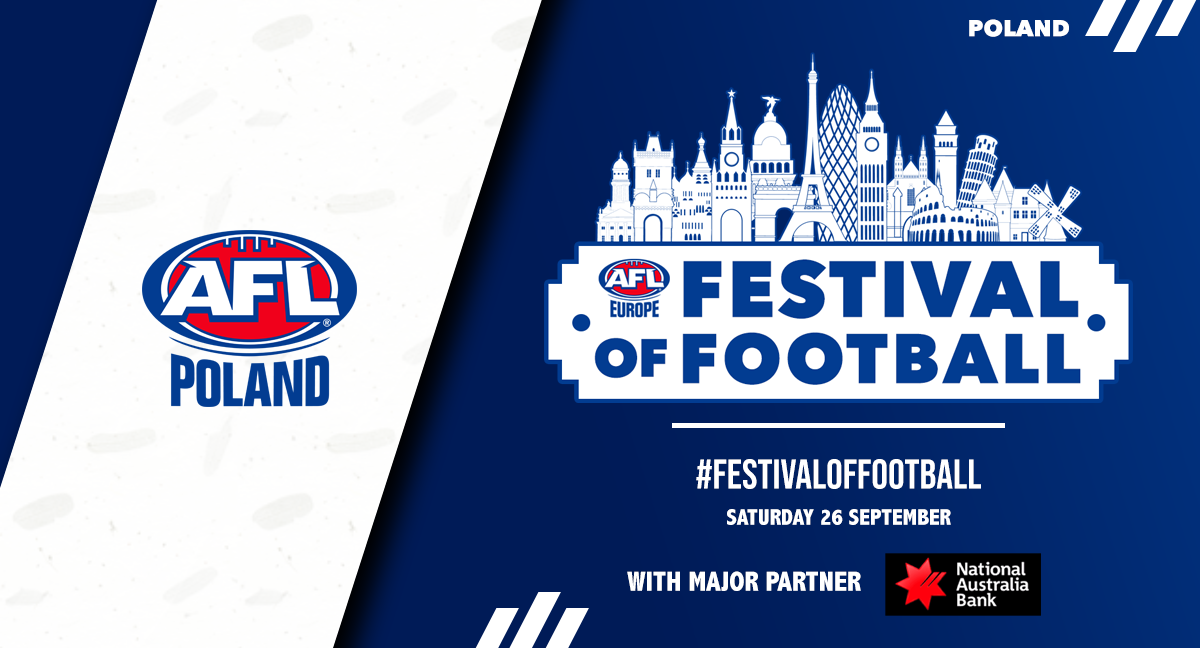 HISTORY will be made in Poland with AFL Europe’s Festival of Football.

The 26th of September will mark the first-ever all-Poland AFL tournament as four teams from across the country prepare their travels to Wrocław.

The tournament in Wrocław will see the debut of two new teams in Poland; the Wrocław Lions and Fort Nysa Rugby Football Club.

Rounding out the four teams are the Warsaw Boars and the Warsaw Saints, who have recently derived from the well-established Polish Devils. 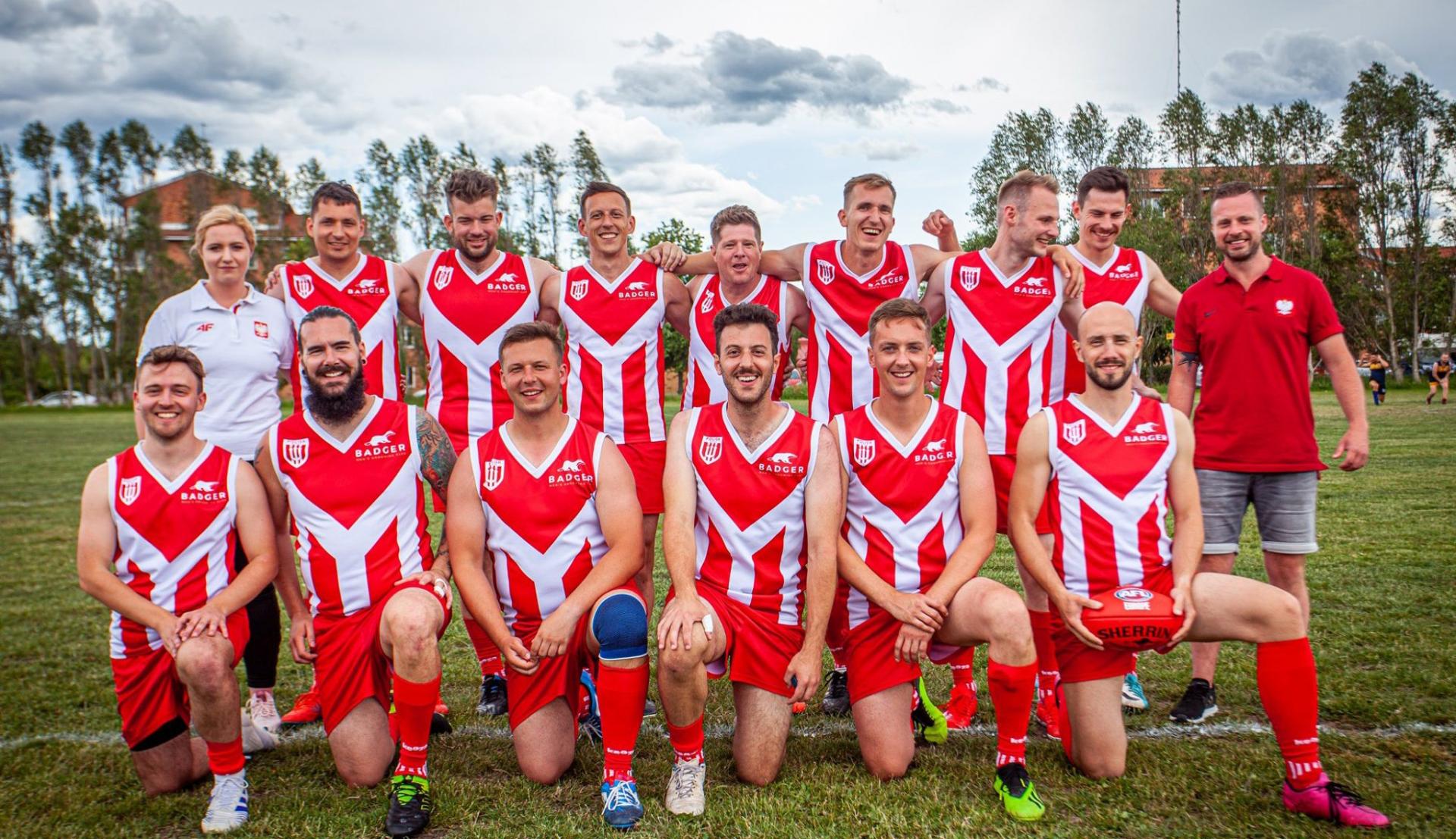 “We have the opportunity where we have enough guys at the Devils to make two sides,” said AFL Poland Vice President, Geoffrey Puzzi.

“Wrocław, after only forming in July this year, quickly got 20-22 people coming to training, so they can field a team too.

“… and Nysa, they’ve had seven or nine guys, so we’ll try and fill them out so we can have four Polish teams and at least 40 players playing on the 26th.”

AFL Poland hope the four teams and the 7-a-side format at the Festival of Football will give them a good look as to what the inaugural AFL Poland League may look like, hopefully in 2021.

“We wanted to set something up that was more attainable, so the opportunity that is the Festival of Football is really great.”

Wrocław Lions, who only formed in July this year, have experienced rapid growth and are already reaching superb numbers at each training session.

Whilst it will be their official debut at the Festival of Football, a number of Lions players will be tagging along with the Saints and Boars this weekend to participate in the first International AFL tournament ever to be played in Poland, with the visiting Prague Dragons (Czech Republic) and Dresden Wolves (Germany).

“In the tournament on the 12th we’re going to join with the Warsaw guys, and that’s the first time our guys will play a proper game,” said Lions Head Coach Jeremy Coombe.

“The 26th is what we’re training towards, to have our first official match as the Lions.”

Plenty of new faces will be on show for AFL Poland at the Festival of Football, as Coombe believes Warsaw’s experience may be too much for the new teams.

“It’s definitely one of the Warsaw teams (favourite to win), but we’re the unknown. I don’t even know how we’ll go,” said Coombe.

“We’ve got guys who play rugby, soccer, and some guys who have even done martial arts… but I think it’s mostly about the players learning and seeing what AFL is about.” 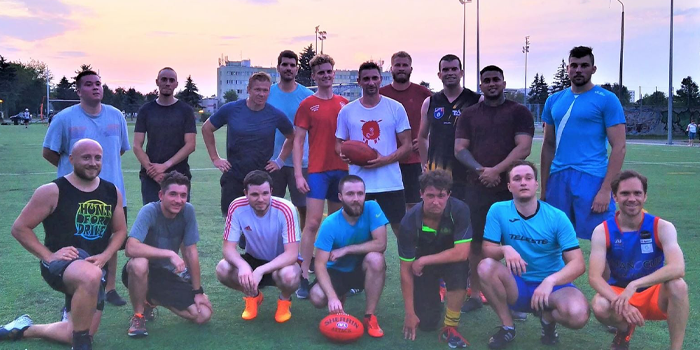 Puzzi too is excited to see how the growth of Wrocław and Nysa has come along and echoed similar words to those of Coombe on who he thinks might come out on top at the tournament.

“I’ll have to say the Saints would be the favourite going in, but Wrocław is the unknown, Nysa is the unknown, and they have a rugby background so maybe they come in and surprise us all.”

Puzzi along with many other members of AFL Poland, including President Phil Forbes, provided much support to the growth of Wrocław (and Nysa) covering both the on- and off-field sides of starting a new AFL team.

But perhaps the most help came from Polish local, Paulina Sadzik, who has been irreplaceable when it comes to the development of Wrocław.

And now for the Festival of Football, Sadzik has been ringing around trying to find a grassed venue for the four teams to all play on.

“Fields are our biggest battle in Poland. Either there’s a lack of fields or they tend to be extremely expensive, so you have to settle with what you can get,” said Puzzi.

“Last year we did a captains run before the Euro Cup on astro turf and it works… so it is manageable.

“At the end the day, the experience of four teams coming together makes up for it and we aren’t fussed on what the surface is.”

Another key contributor to the uprising of AFL Poland, Mateusz Bartkiewicz has been heavily involved in the growth of the teams and the planning of the Warsaw tournament (this weekend).

As for the Festival of Football, it is likely AFL Poland will rent the same place to where the Lions are currently training, a small sporting complex west of the Wrocław city centre. 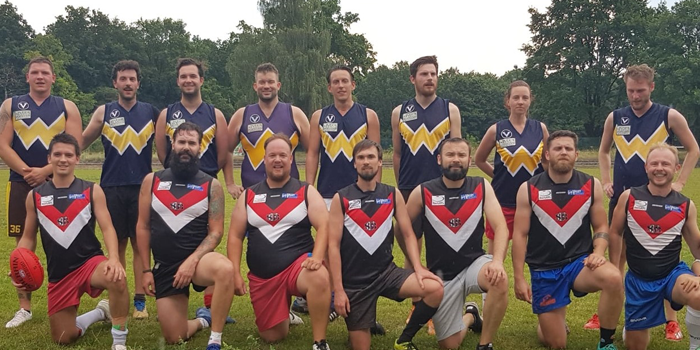 Poland received donated kits from Australia thanks to South Belgrave and Whitefriars.

Devils player Radek Szeniec will be one of the most experienced players on the day of the Festival of Football, and very much looks forward to playing in Wrocław as well as captaining one of the Warsaw teams.

“Personally, I’m looking forward to meeting the Wrocław guys, they’ve only set up recently so it will be good to meet the guys that are interested in AFL,” said Szeniec.

“It’ll also be good to bring the guys from Nysa and everyone who’s invested in AFL in Poland all together, which will hopefully share the message and encourage other cities in Poland to get further involved.

“That will be the main thing, to have an all-Poland competition in Wrocław as a reward and to encourage everyone to get more involved.”

Exciting times lay ahead for AFL Poland as players and teams look to continue to develop around the country.

Make sure to send AFL Poland a message on Facebook if you’d like to get involved and join in on their take in the #FestivalofFootball.