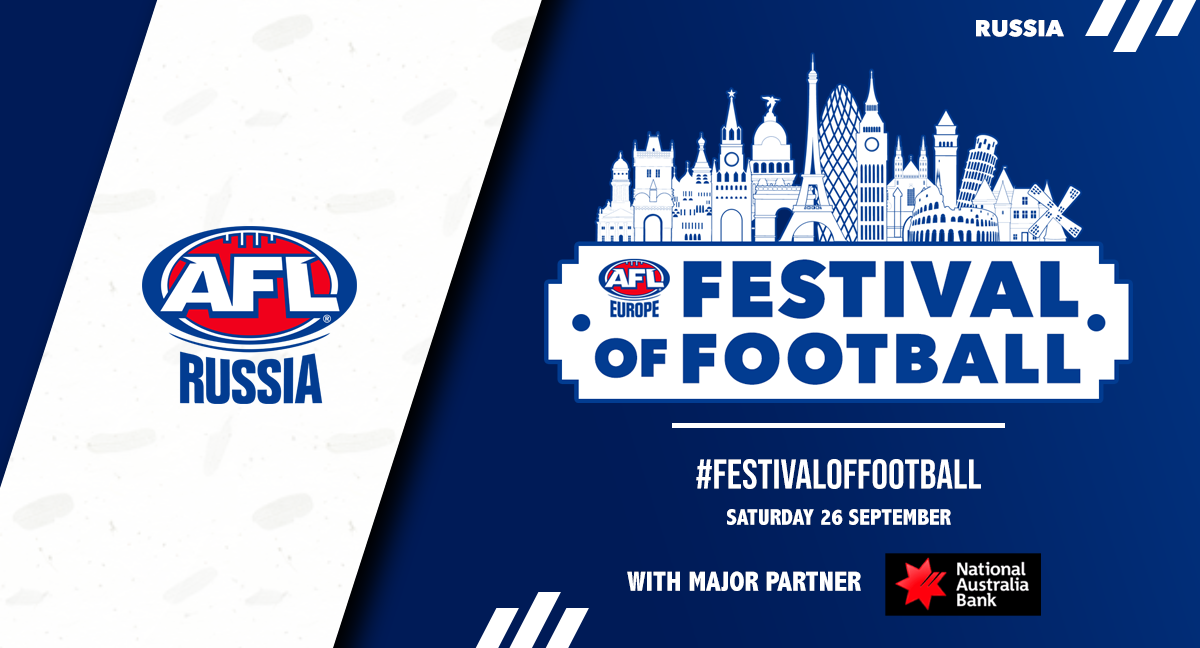 The Cats have held a regular competition for the past few years known as the St. Petersburg Australian Football League (SPAFL) with two teams; Baltic Hawks and Northern Tigers.

The Hawks and Tigers will therefore be two of the teams competing in the Festival of Football, as well as the Moscow Bears who can hopefully attend as the third team.

“But ideally we’ll have three big teams with 9-a-side; Moscow and the two St. Petersburg teams. That would then be a round robin of three games and a grand final.”

If Moscow are unable to string a side together or travel to St. Petersburg, Belov said that St. Petersburg will definitely have two teams for a match between the Hawks and Tigers.

Should numbers be suffice, there has also been discussion around splitting players from the Hawks and Tigers to create a third team for the tournament, as they would have enough guernseys for it too.

All players would then be drafted by three captains which would create completely different line-ups to what are the current SPAFL teams. 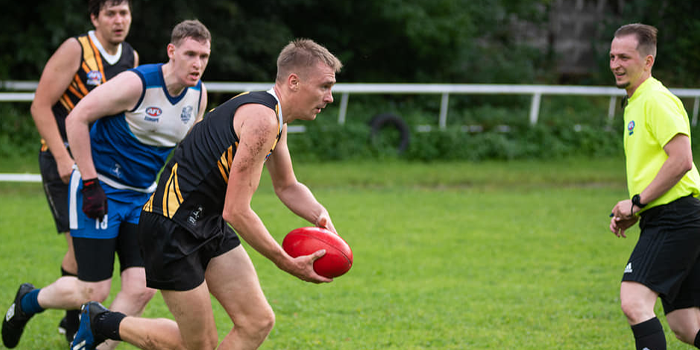 “Last year it was a very even competition, but this year is completely different, and a few games have been a thrashing,” said Belov.

The Tigers have managed to stay undefeated throughout the 2020 season, which will finish in round eight this weekend.

It’s the first time that the SPAFL league has been quite one-sided, however it was decided upon creation that there would be no end of season ‘player trades’ or ‘swaps’ between the teams to help level out the competition.

It could result in the losing team not being entirely motivated to improve, knowing their team would simply change at the end of the season.

With that being said, the idea of mixing the teams at the Festival of Football would create much excitement as no one would quite know which way the results might fall. 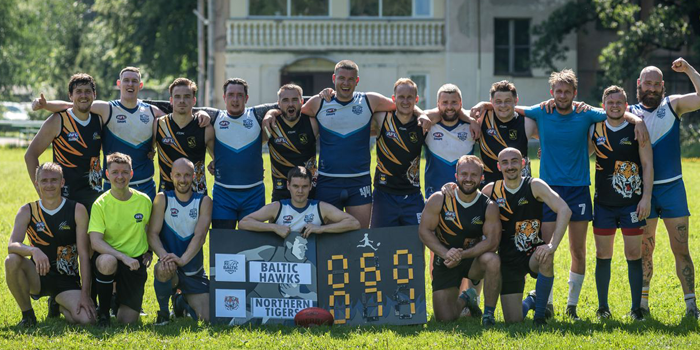 The Tigers remain undefeated in the 2020 SPAFL.

Last year was a huge success for Australian Football in St. Petersburg, which featured a twelve round season that was played on almost every Saturday in summer and included the Moscow Bears.

Whilst they have still managed to play games in Russia through 2020, Belov said that St. Petersburg have very much missed being involved internationally and with their AFL neighbours.

“It’s very important for us to keep in touch with all of the European footy community.

“The biggest strength of Australian Football in Europe is the community… it’s very supportive.

“Keeping in touch and participating in events like AFL Europe’s Festival of Football are really important to us.

“It will probably be the end of the season for us too, so we’ll want to have a good day and end it on a high note.”

Like Belov said, the Festival of Football could potentially be Russia’s final game of footy for 2020, meaning plenty of players will be putting it all on the line to end the year with some glory.

“The absolute star for this season has been Mikhail. P (pictured above)… he was decent last season, but this year he has been a game changer for the Tigers. He doesn’t fear anything and is a running machine,” said Belov.

“Pavel. E, who is the organiser of the tournament, he is the defending wall for the Tigers.

“Pavel. A, he has been injured so we’re unsure if he’ll be right for the Festival of Football, but he would be star on the day too.

As always, Belov will be very involved on matchday, officiating the games as an umpire.

Make sure to follow St. Petersburg on Facebook to keep up-to-date with their Festival of Football, as well as downloading the official St. Petersburg Cats app for match scores, statistics and photos.