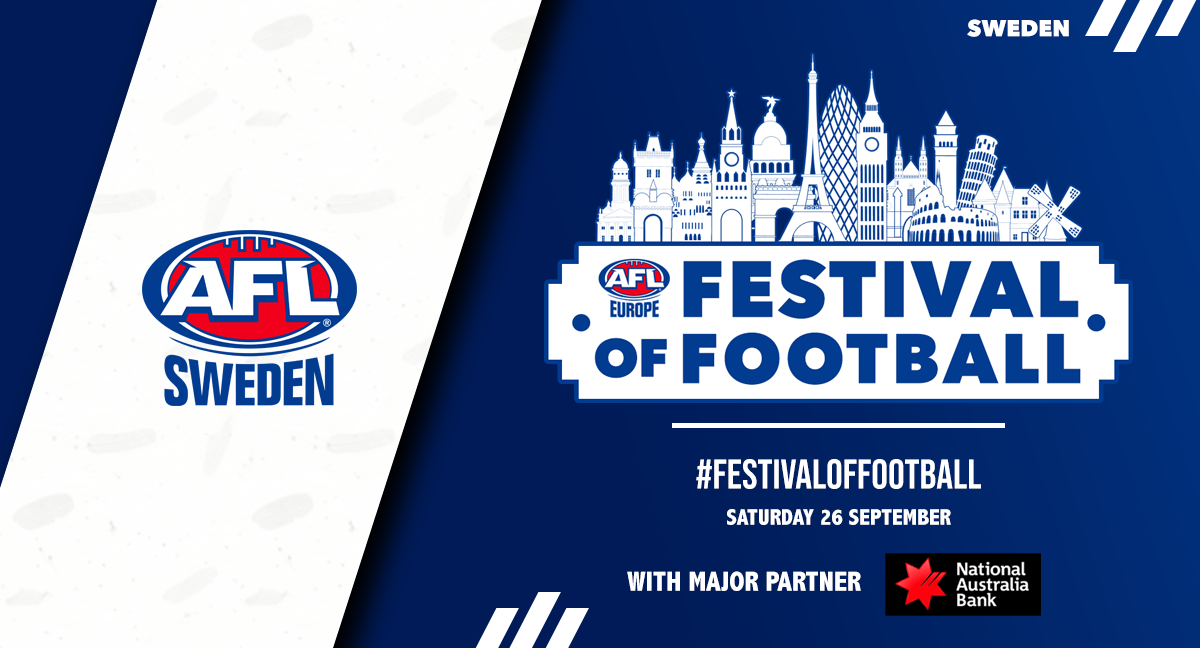 PLAYERS from around Sweden and Denmark will head to the Limhamn Australian Football Ground in Malmö to play in the upcoming Festival of Football.

Held on the 26th of September, Sweden will feature both a men’s and women’s tournament that will each consist of three matches and a grand final.

The teams attending who will each boast a men’s and women’s side are Port Malmö (Maulers & Lynx), Norrtälje Dockers and a Scandinavian All Stars team made up of Danish and Swedish players from different clubs.

AFL Sweden President and Port Malmö Lynx player, Katren Rogers, is very much looking forward to the event at her home ground in Malmö.

“It will be really good to have everyone down at Limhamn,” said Rogers.

“Being from Malmö and part of the Port Malmö Football Club, it’s always good spending a Saturday down there but to have everyone coming from all over Sweden, and some of the Danes coming too, it’s going to make it a really good atmosphere. 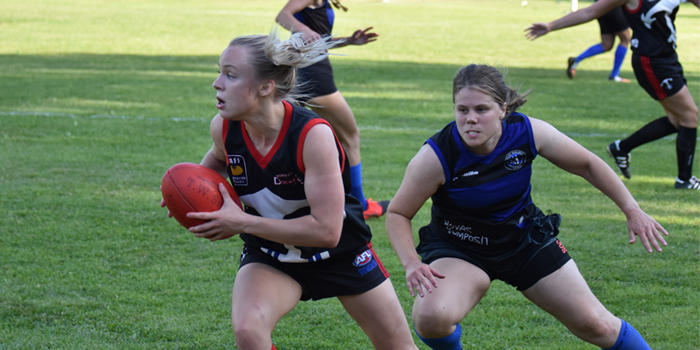 Dockers against the Lynx at the Swedish Cup in August.

“We’ve got two fields, a rugby field next to our main field where the girls and guys can play, so everyone can kind of watch each other with plenty of space.”

The women’s tournament will see the three teams field 9-a-side, while the men’s teams will be fortunate enough to go the full 18.

“It’s quite special to be able to play 18-a-side, we’re lucky that Malmö has been able to recruit quite a few new players over the year.

“Also that we can get some of the players from Stockholm to play with Norrtälje… I think it’s really nice for the guys to be able to play the full format, I’m excited.”

Footy in Sweden has already been able to resume with teams playing matches in early summer, as well as the Swedish Cup in August.

“The (Swedish Cup) is our tournament to decide who will represent Sweden at the next AFL Europe Champions League,” said Rogers.

“That was a really good day in Eksjö… hosted by the Eksjö Bulldogs.”

Less than a month on from the Swedish Cup and players are already preparing for what is going to be another great day of Australian Football in Sweden.

“It (Festival of Football) will be a nice way to showcase the sport here in Sweden.

“We’re sharing stuff online and we’ve already got some people engaging who aren’t necessarily part of the footy community, so that’s good!”

Whilst teams in Sweden have been able to train for most of the year, playing in a match can be quite incomparable, especially for newer players to the sport.

“It’s all good coming down to training but playing games is what’s really fun and what makes you want to come back.

“And it’s not just the game, it’s also the atmosphere around the day and spending time with the whole footy community.

“I think that will be really good to get some people engaged and also keep all these people that we’ve managed to recruit coming back and loving playing footy in Sweden.” 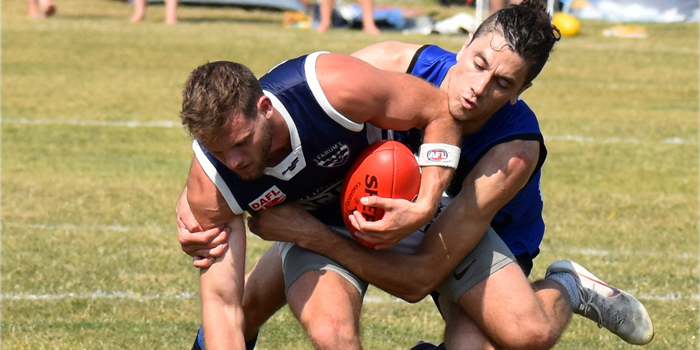 Premiers of the men’s and women’s Swedish Cup, Norrtälje will head into the Festival of Football as number one contenders.

And it came as no surprise who Rogers mentioned when asked which team she is most looking forward to matching up against.

“Oh Norrtalje Dockers, they recently beat us at the Swedish Cup… both on the men’s side and the women’s side.

“Credit to them, they were the best team on the day and absolutely deserve to be representing Sweden in Amsterdam, but I’ve got to say the 26th of September is a little bit of a revenge opportunity for both the Port Malmö Lynx and Maulers.”

AFL Sweden are currently in talks of streaming their Festival of Football tournament live on Facebook.

Rogers, who is from Australia, said live streaming the game would be a great way to display AFL in Sweden for viewers online, but also for friends and family who are unable to attend the event.

“It’s really special when people from home can watch.

“We’ve (Lynx) played in Amsterdam in the past and my mum and dad were able to watch my game, it’s so cool.

“It would be really good if we can make that happen in Malmö too.” 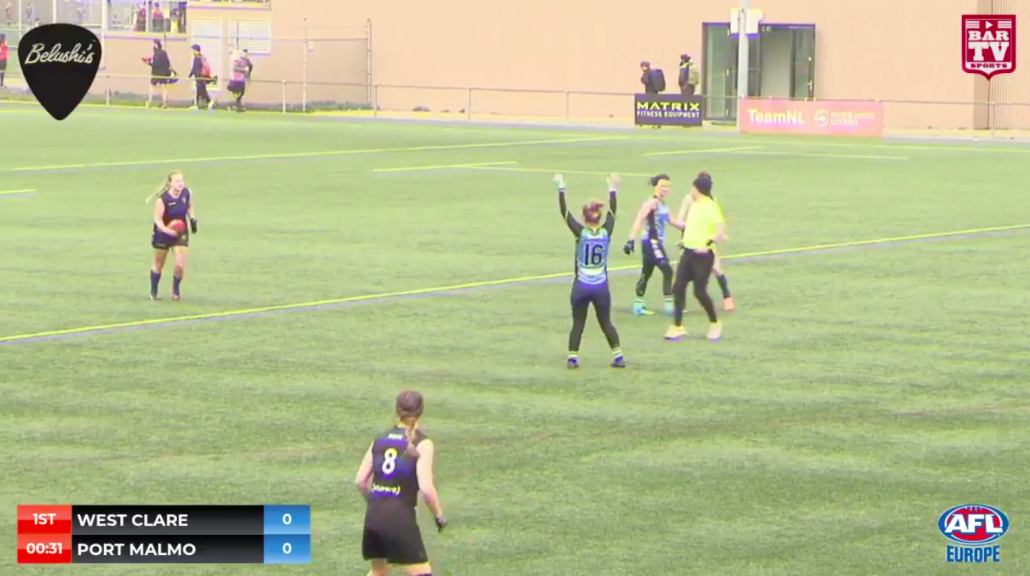 Port Malmö on the live stream at AFL Europe’s Champions League in 2019.

Looking past the Festival of Football, AFL Sweden are hoping to prepare a large ‘calendar of events’ for 2021 with the possibility of playing more tournaments.

“Well it’s been such a weird year this year, I think I’ve just been so happy that we’ve been able to play any footy.

“Going into next year, hopefully we can plan more tournaments like the Swedish Cup and the Festival of Football.

“The boys down here in Port Malmö play in the Danish League, and there’s a separate league up in Stockholm, but it’s quite rewarding meeting and bringing together all the teams… it feels like we’re all building something together.

“I think next year with a solid plan, AFL Sweden will be able to keep ‘on the up’.”