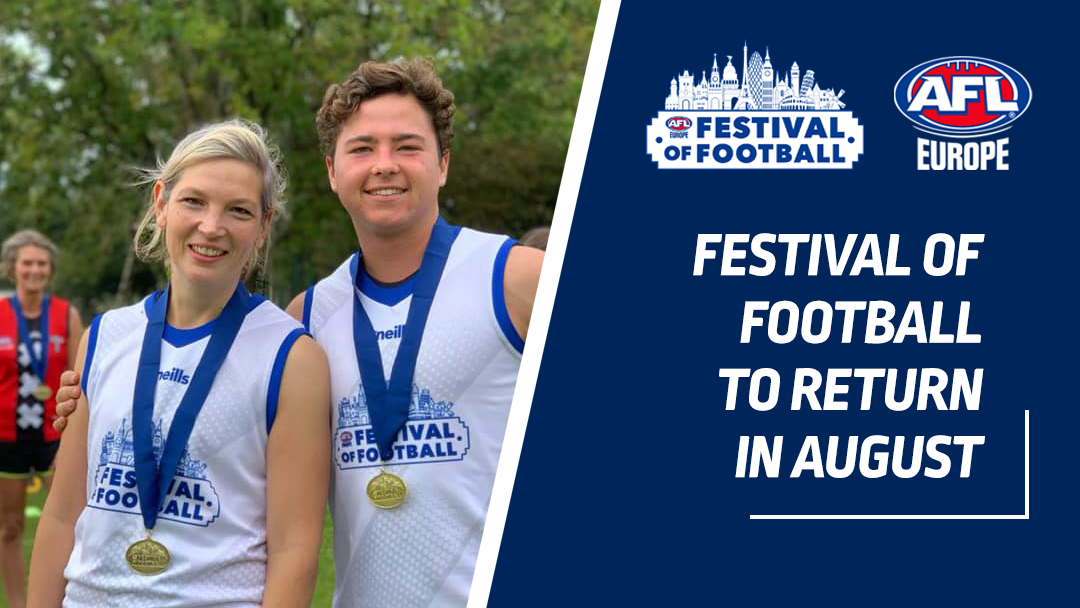 We’re excited to announce the return of the Festival of Football.

The governing bodies of AFL in Europe are invited to host a tournament with their local teams in a city of their choice, all to occur on the same day of Saturday, 14th of August.

Similar to last year, the format and number of teams in each tournament may differ however all will be supported by AFL Europe and supplied with a Sherrin KB football, medals for the champion team, a Team of the Tournament guernsey and much more. The inaugural event, held last year on September 26th, was introduced to give teams around Europe a chance to play competitive footy after many leagues faced cancelled or interrupted seasons.

Participating countries held matches and tournaments where government restrictions allowed them to do so safely, and fortunately we were able to see more than 50 games of footy played across ten different countries.

READ: EUROPE UNITES FOR A SPECTACULAR DAY OF FOOTY

Highlights from last year’s event included the inaugural Australian Football match between two Bulgarian teams, the first-ever all Poland footy tournament, a mixed tournament in the Netherlands and an array of debutants playing the sport for the first time after patiently waiting all year to be able to do so.

Countries are welcome to host both a men’s and women’s tournament where possible, and join with neighbouring countries to form a regional tournament if necessary and safe to do so.

We’re excited to see the AFL Europe Community come together for another action-packed day of Australian Football being played all around Europe and we look forward to sharing the details of each tournament over the next few months.

Those wishing to host a tournament in their country as part of the Festival of Football, will only be permitted to do so if the event complies with the appropriate COVID-19 government guidelines.

Please contact your local league or club president should you have any questions around participating in the Festival of Football in your country.