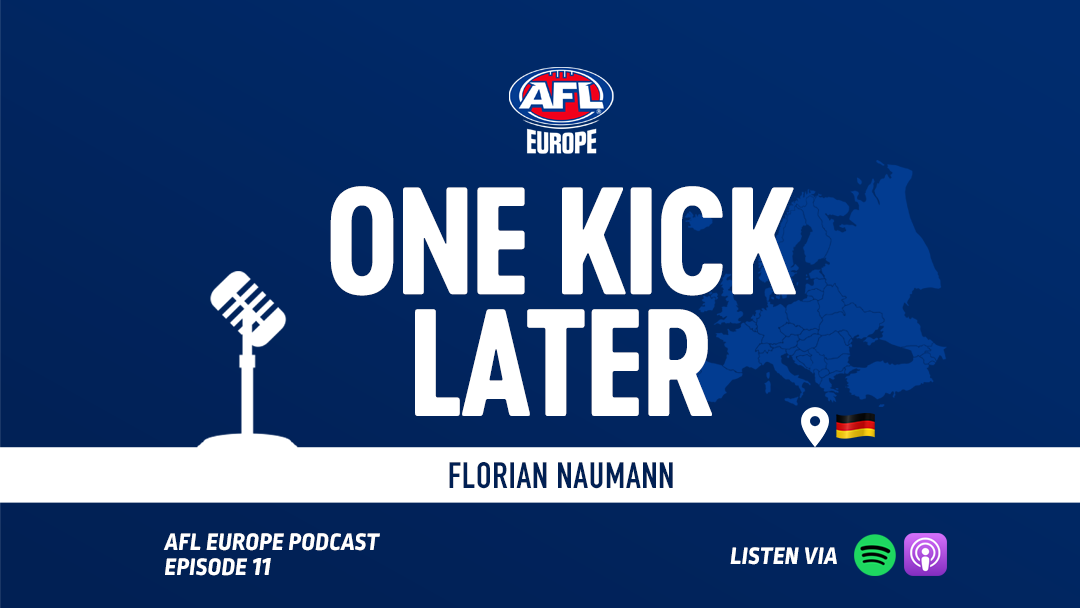 Welcome to a brand new series on the AFL Europe Podcast, One Kick Later.

Hosted by Jackson Jones, One Kick Later will talk to some of the most passionate players, coaches, umpires and volunteers across the world who have fallen in love with Australian Football and have played significant roles in growing the sport across Europe.

Without further ado, we’re excited to present our first guest of the series, Florian Naumann.

Growing up in Germany, Flo was first introduced to the sport on a school exchange trip to Australia. Seeing Essendon play live at the MCG, and even having a kick with the Olinda Football Club in Victoria, it didn’t take long for Flo to fall in love with the sport.

Hear from Flo speak to Jackson about some of his favourite footy experiences over the years, including the AFL’s International Cup in 2017, the growth of the men’s and women’s game in Germany, transitioning between 9-a-side and 18-a-side matches and his good friend “Tinna” who has become the first German national to play in the VFLW in Australia.

Irish Down Under – Aishling Sheridan AFLW