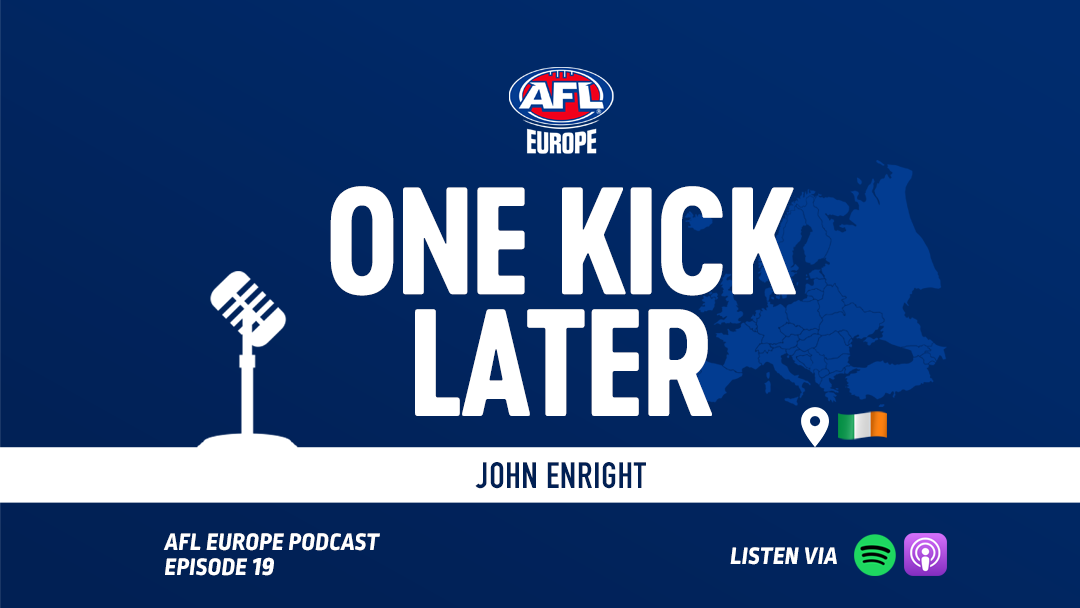 Welcome to episode nineteen of the AFL Europe Podcast where John Enright joins us as part of our One Kick Later series.

If you’ve played across any of the AFL Europe competitions over the last 15 years, you’re more than likely to know or recognise John. A former player and now umpire, John’s love and devotion to Australian Football has seen him represent his national team, the Irish Warriors, on numerous occasions as well as officiate matches across the world such as in the cities of Bordeaux, London, San Diego and Umag.

Travelling to these international Australian Football tournaments, John has played and umpired alongside some incredible people and has developed a wealth of experience and knowledge about the sport that he shares on the podcast.

In addition, John is an amazing story-teller and this episode will no doubt give you a great insight into what it means for some people to play, coach, umpire or volunteer at some of the Australian Football events and matches that are held across the world, as well as the special people you get to meet along the way.