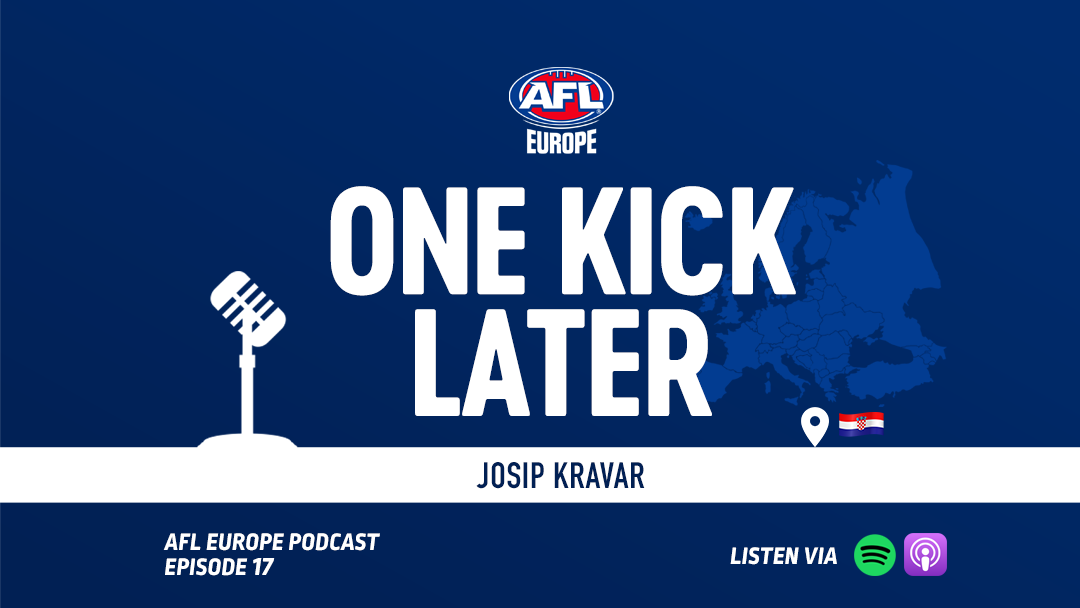 In episode seventeen of the AFL Europe Podcast we are joined by Josip Kravar out of Croatia.

Josip’s footy story begins as a university student in Zagreb where he first found and got involved in the sport. His passion for the sport and pride for the Croatian footy community quickly flourished, as he grew into the roles of Association of Australian Football Croatia President, Zagreb Hawks President and AFL Europe Commissioner.

It doesn’t stop there, Josip’s playing and coaching history has seen him represent his country for more than ten years at European Championships, Euro Cups and at the 2017 AFL International Cup, where Croatia won the Division 2 tournament on debut and put the world on notice for their signature, hard-style of play.

Hear from some of Josip’s incredible stories over the years such as bumping into Leigh Matthews in Melbourne, getting to know Ivan Maric and attending a Richmond Tigers training session with the Croatian national team, his experiences playing and coaching in big games as well as an update on the near-completion of Croatia’s first 18-a-side pitch.

An Australian footy-first for the town Nysa, three-team tournament this Sat...