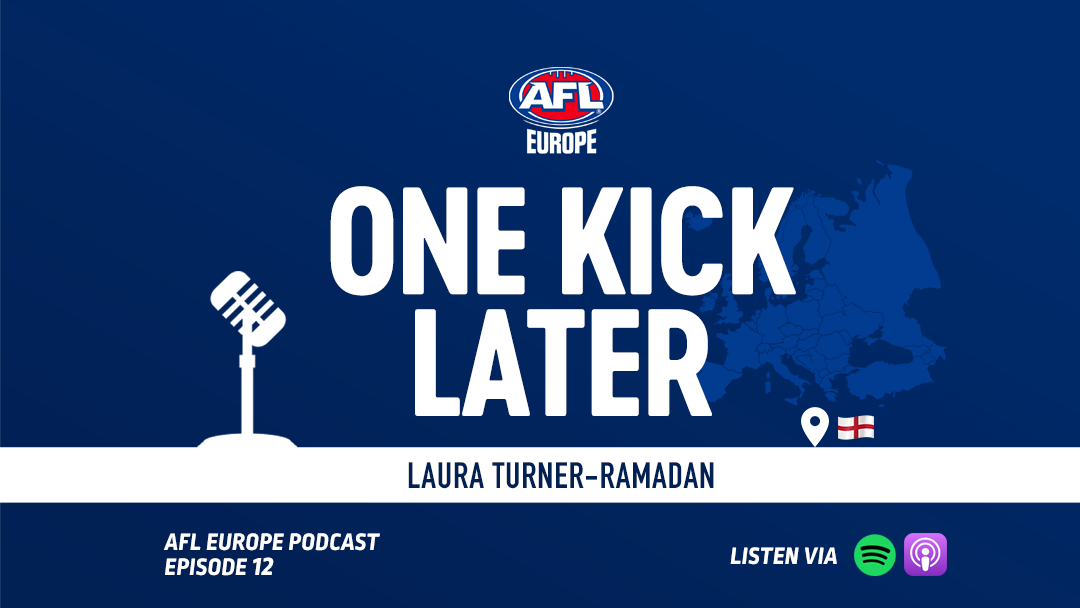 On this episode of One Kick Later on the AFL Europe Podcast, we’re very excited to be joined by Laura Turner-Ramadan.

Laura first experienced Australian Football in a ten-month stay in Sydney and could not believe it when she heard there were teams playing back home in England. Well, it’s since become quite the journey for Laura, which has included captaining and leading teams to AFL Europe’s Champions League, Euro Cup, European Championships as well as the first Great Britain women’s team to the AFL’s International Cup in 2017.

I’ve got no doubt you’ll find Laura’s love and motivation for the sport extremely infectious, as she shares her story and experiences on representing her country in international tournaments, the growth of the AFL London women’s league and it being a proven pathway to the AFLW for players and coaches, having a child on an AFL Grand Final day and plenty more.