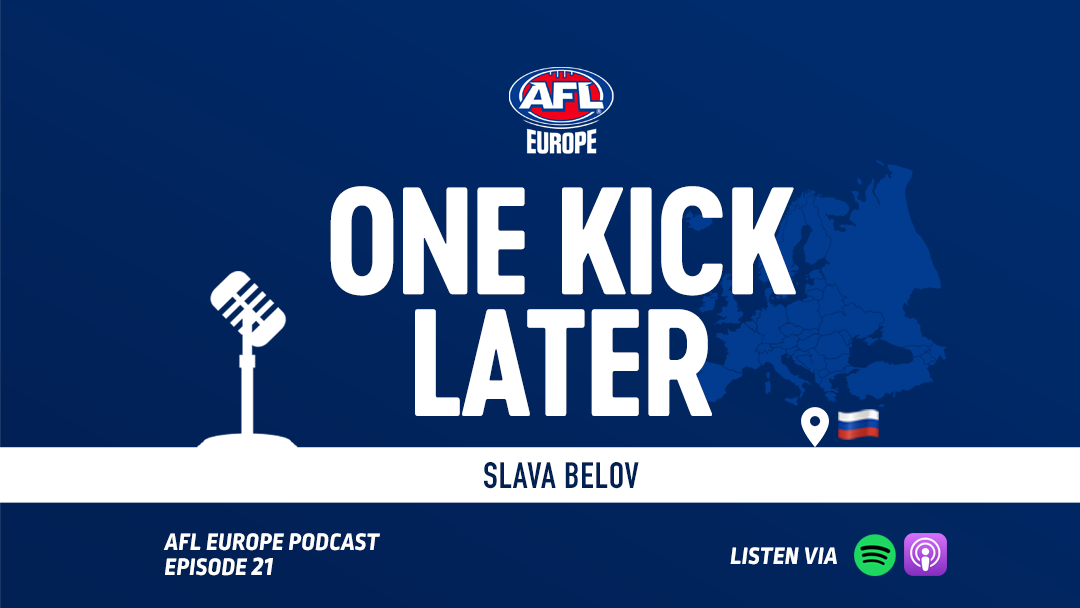 Welcome to episode twenty-one of the AFL Europe Podcast where Slava Belov from Russia joins us as part of our One Kick Later series.

After attending an AFL match live in Melbourne in 2012, and then playing a season with the West London Wildcats in the AFL London league in 2013, Slava eventually headed back home to St. Petersburg with his newfound love for Australian Football, and launched the St. Petersburg Cats.

What started as Slava and two of his closest mates, the Cats have since grown into two teams; Baltic Hawks and Northern Tigers, who compete in the St. Petersburg Australian Football League and when possible, drive more than seven hours to the country’s capital to play the Moscow Bears.

Slava’s focus with the Cats over the years has been about building a welcoming community whilst exploring new ways to improve game development and skill, such as introducing by-laws and taking match stats.

An interesting listen as Slava shares his story about finding the sport and a bit about the Australian Football landscape in Russia. Listen to episode twenty-one via Spotify and Apple Podcasts. Alternatively, type in and search AFL Europe Podcast wherever you listen to your podcasts.

Match Reports – The Leeside League, Round 2
Scroll to top