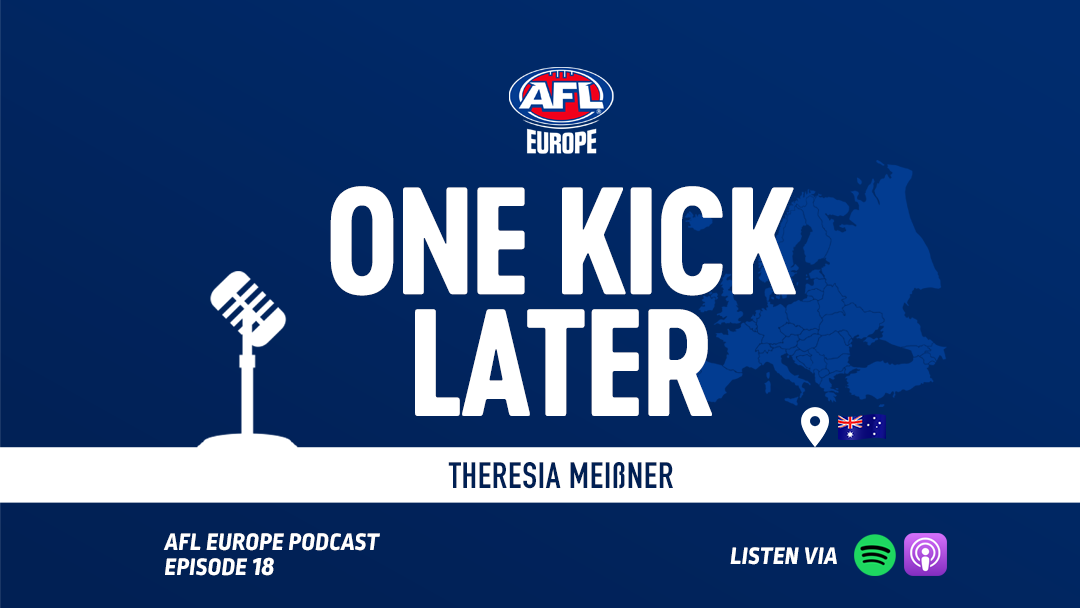 Germany’s Theresia Meißner joins us in episode eighteen of the AFL Europe Podcast as part of our One Kick Later series.

Theresia, who only started playing Australian Football in 2018, has had a remarkable few years in the sport. Representing her national team at AFL Europe tournaments, where she picked up multiple Team of the Tournament honours, and winning a premiership in AFL Germany women’s inaugural season in 2019, Theresia is now living in Australia and competing in the Victorian Football League women’s (VFLW) competition with the Geelong Cats.

Hear about Theresia’s incredible story, from finding the sport in Germany and being able to excel at it in such a short period of time, to her journey to Australia and competing in the VFLW and more recently, becoming an umpire.