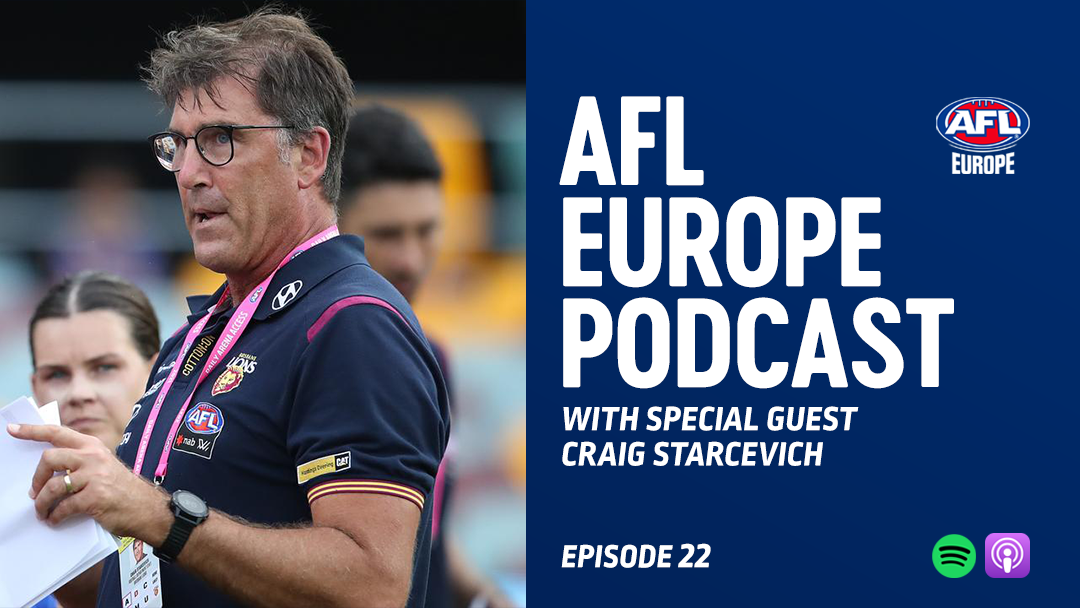 This week, for episode 22 of the AFL Europe Podcast, we’re stepping away from our One Kick Later series and are very excited to be joined by 2021 AFLW Brisbane Lions premiership coach, Craig Starcevich.

Plenty of people within the AFL Europe community will be familiar with Starcevich who has presented in both of the AFL Europe Coach Development Series’, as well as running a training session with the German women’s national team in Heidelberg last year and helping out the AFL Switzerland teams through their 2020 season, where he even played a game.

Well in this episode, whilst we appreciate and recognise Starcevich’s efforts to support our great sport in Europe sharing his experiences within the community, we take a dive into getting to know Craig Starcevich as a former AFL premiership player with Collingwood, and now AFLW premiership coach of the Lions.

In between, Starcevich has held roles such as High Performance Manager with the Lions men’s team during their three peat, as well as working in Female Football High Performance with AFL Queensland.

Starcevich has had a front row seat to see how both the men’s and women’s games have evolved over the years, and shares with us some incredible stories and experiences from his time in the sport.

Listen to episode twenty-two via Spotify and Apple Podcasts. Alternatively, type in and search AFL Europe Podcast wherever you listen to your podcasts.

Match Reports – The Leeside League, Round 2