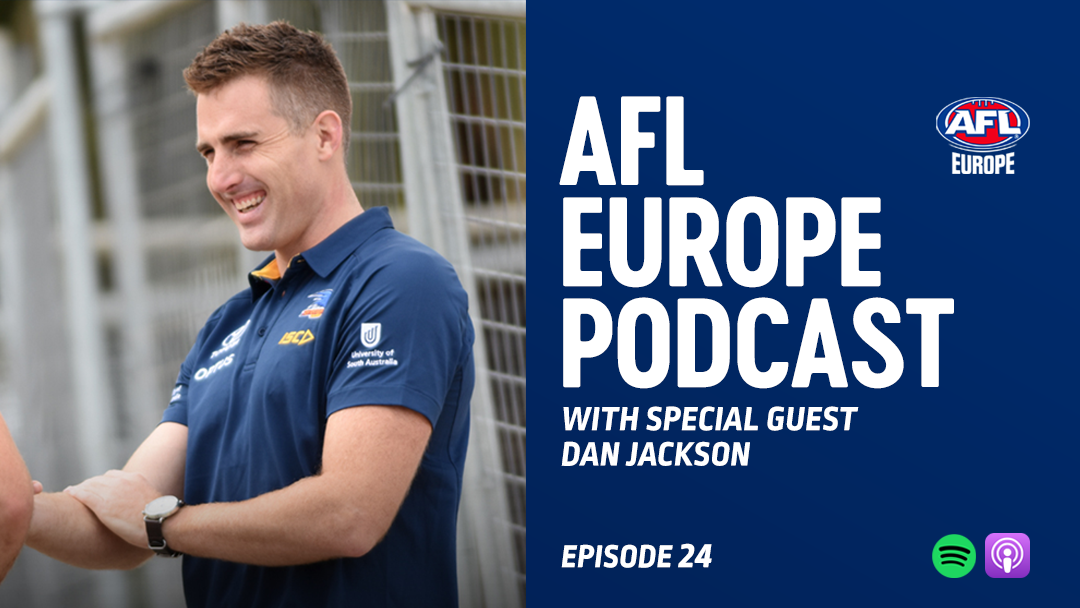 After retiring from the AFL in 2014 with more than 150 games under his belt and just a year on from winning Richmond’s Best & Fairest award, Dan has very much remained involved in Australian Football by helping the sport grow internationally.

On top of studying, working and travelling around the world, Dan met with and attended many local footy clubs where he was drawn in by the international footy community’s passion for the sport, and in 2018 even took on the role as an AFL Europe Commissioner.

In this episode, whilst we share Dan’s experiences and memories of being involved with the AFL Europe community and the sport worldwide, as well as his playing career, Dan takes us inside his job at the Adelaide Crows as their Leadership Development Manager, sharing his passion and the growing importance for building strong relationships and culture in organisations and sporting clubs.

Listen to episode twenty-four via Spotify and Apple Podcasts. Alternatively, type in and search AFL Europe Podcast wherever you listen to your podcasts.

Men’s and women’s round one action in Ireland