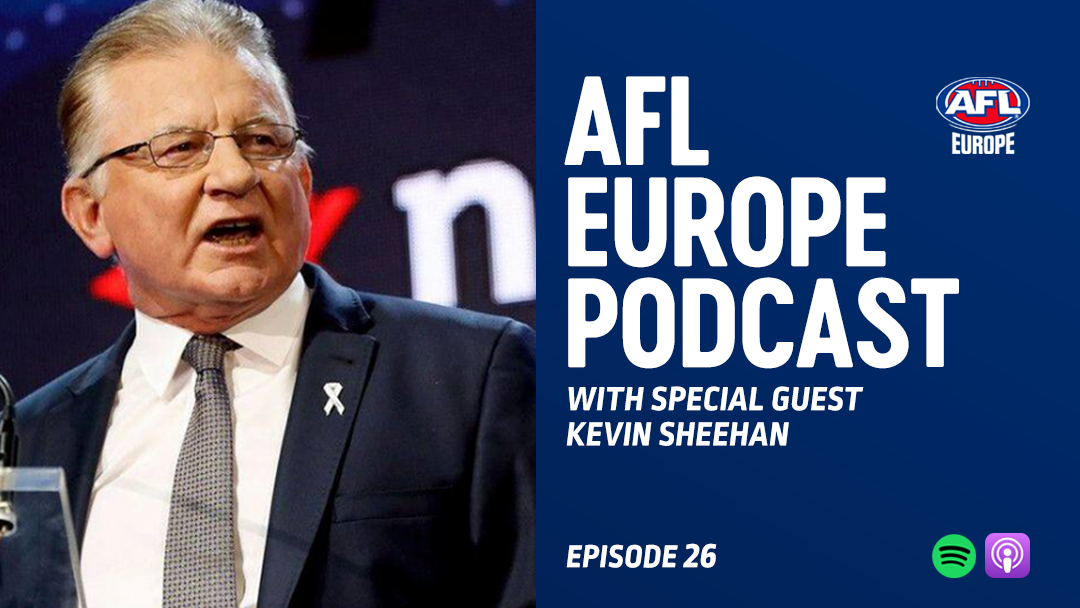 In episode 26 of the AFL Europe Podcast we are pleased to be joined by AFL Talent Ambassador, Kevin “Shifter” Sheehan.

Shifter has been involved in footy all his life, from playing professionally with the Geelong Cats, to holding roles in scouting and talent identification with the Australian Football League.

In his time working for the league, he has played a leading role in developing pathways to the AFL such as the U16 & U/18 National Championships, AusKick and Draft Combine.

Beyond his work in Australia is his dedication and passion for developing the sport around the globe, which has seen him regularly attend the AFL Europe Talent Combine and other matches across Europe.

In this episode, Shifter shares his top upcoming AFLW and AFL draft prospects, some of his favourite moments as Talent Ambassador including the best players and draft pools he has ever seen, the evolution of recruitment, the future of international talent and much more.

Plus, a very special ending to the episode as for the first time ever, Shifter has selected and shares his ‘Ireland AFL All Stars’ side. The team of 22 is comprised of Irish players who have made the move over  to Australia, from Gaelic to Australian Football, since the first Irishman signed into the league 40 years ago, beginning the ‘Irish Experiment’.

Listen to episode twenty-six via Spotify and Apple Podcasts. Alternatively, type in and search AFL Europe Podcast wherever you listen to your podcasts.

Festival of Football debut for players in Israel
Scroll to top