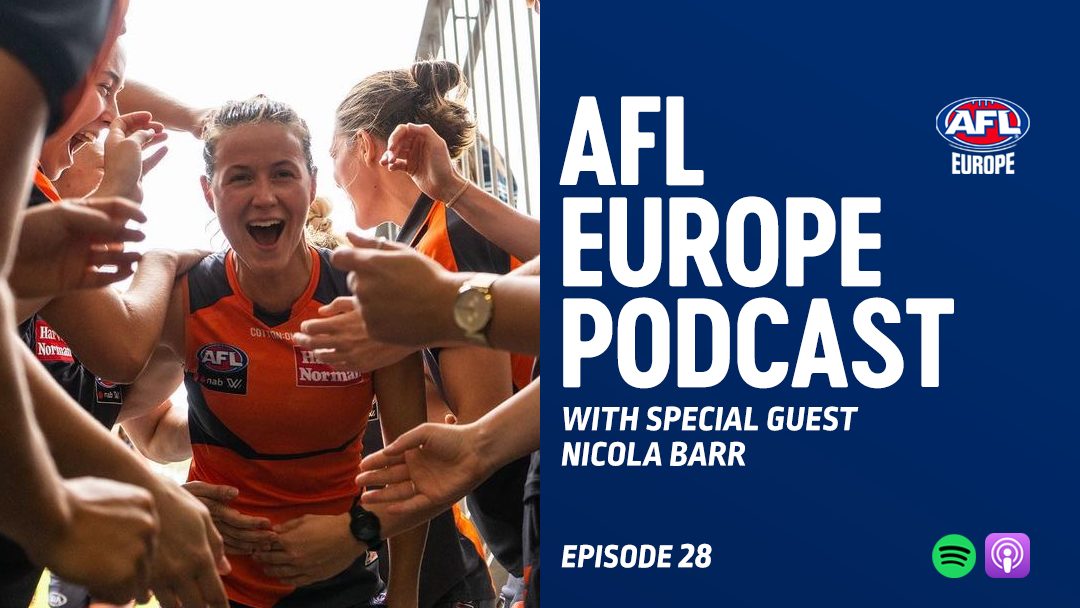 Nicola was the first-ever player to be drafted into the AFL Women’s competition ahead of its inaugural season in 2017.

She has continued to play at the Giants since, and just a few months ago signed a two-year extension to see her with the club until at least 2023.

The AFL Europe community will remember Nicola from her travels around Europe in 2019, visiting and coaching more than ten different clubs as well as attending the Euro Cup in Norrtälje, Sweden.

Nicola speaks on how much she enjoyed spending time with the AFL Europe community as well as sharing a bit about her AFLW career with GWS, playing alongside Irishwomen Staunton and Stack, balancing life as a part-time pro athlete and the exciting upcoming stars at her club and in the competition.

Listen to episode twenty-eight via Spotify and Apple Podcasts. Alternatively, type in and search AFL Europe Podcast wherever you listen to your podcasts.