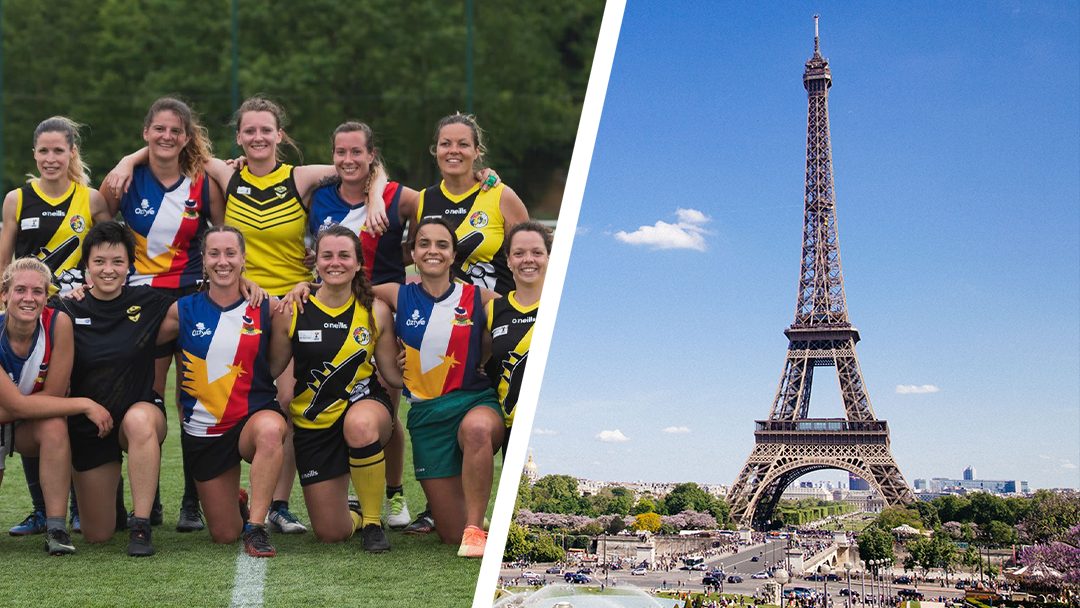 AFL France and its local teams have organised an action-packed day of Australian Football to be held a stone’s throw away from the Eiffel Tower on Saturday, September 4th as part of the 2021 Australia Now Festival.

The event will be held at Stade Èmile Anthoine and aims to connect Australian and French sporting enthusiasts through Australian Football activities, highlighted by men’s and women’s exhibition matches involving players from the AFL France league.

AFL France boasts more than ten men’s and women’s teams within its competition as the league continues to see a rise in participation across the country. The Australia Now Festival is a celebration of Australia that runs annually and is held in a different country each year.

This year’s event is being held in France and to bring French and Australian cultures together including through business, research, technology, education, tourism and the arts.

As part of the festival’s celebrations, AFL France has organised an Australian Rules Football event located out the front of the Eiffel Tower and across the road from the Australian Embassy.

Beginning at 10:00 AM local time, AFL France will run fun drills for anyone who wants to learn the basics of the sport and have a turn at kicking the footy.

Then, men’s and women’s players from the many local teams in France will showcase the sport to spectators in exhibition matches held throughout the afternoon.

AFL France will welcome the arrival of Australian Ambassador to France, Ms Gillian Bird, who will get the exhibition matches underway with the “first bounce”.

Following the day’s play, an afterparty will be held at AFL Europe’s partner, Belushi’s Bars, in Gare du Nord. People of all ages are welcome to join AFL France and its Australian Football clubs to celebrate the sport in the country and its connection to Australia.

Entry to the event is free upon presentation of a valid COVID-19/health pass.

More details about the day can be found on AFL France’s Facebook event.

For more information on the Australia Now Festival in France, click here.