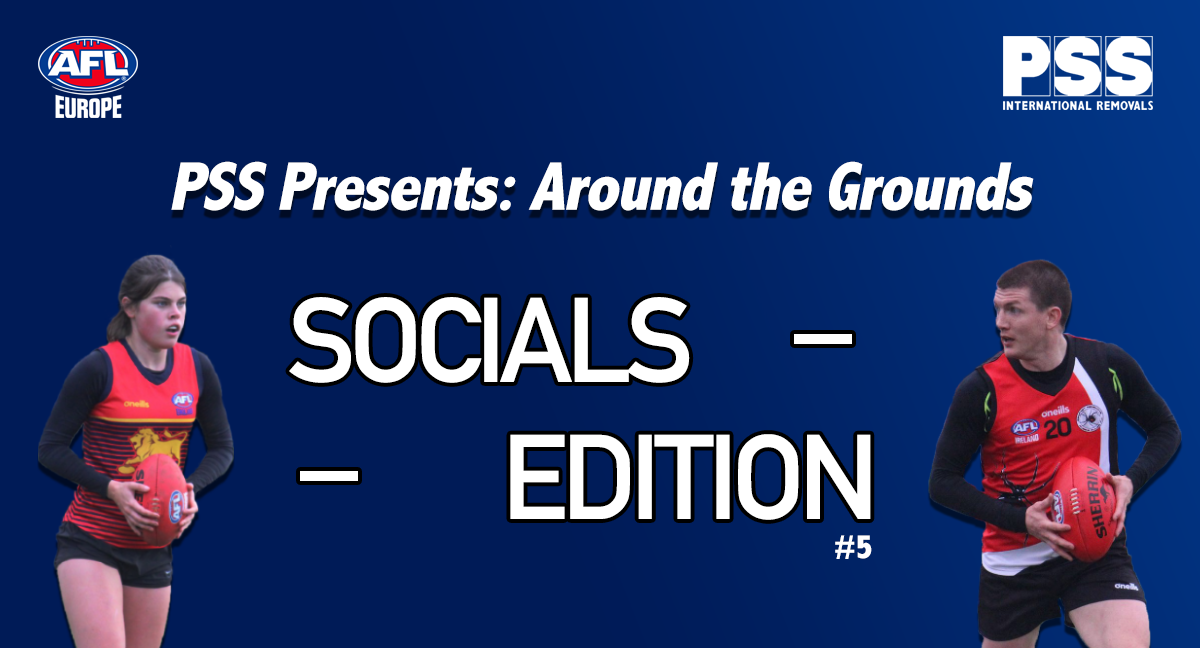 As we set foot into the month of May, let’s take a look to see what the club’s around Europe have been getting up to!

As of May 3rd, the Sussex Swans will be walking, running and cycling a total distance of 1,800km to raise awareness for one of their club member’s newborn baby girl, Mahli.

#TogetherForMahli will see the Swans cover the distance from the Melbourne Cricket Ground in Victoria to a children’s hospital in Brisbane, where Mahli is receiving intensive treatment for cancer.

If you would like to read more about Mahli’s story or donate to her family’s GoFundMe page, please click here.

To get involved or to keep track of the Swans’ journey to 1,800km, check out their Facebook and Instagram.

From today, the Sussex Swans will be walking/running/cycling 1,800km – the equivalent distance from Melbourne Cricket…

Congratulations to Irishwoman, Aisling McCarthy, who has finished fourth in the Western Bulldogs Best & Fairest!

McCarthy was one of the Bulldogs’ highest disposals-getters for the 2020 season, averaging just over 13 touches as well as four tackles per game.

Huge well done to @aish_mac who has finished in 4th spot in the @BulldogsW Best & Fairest for @aflwomens 2020.
Aisling was consistently excellent for the Bulldogs across her second season of AFLW, having also recently took out 2nd in our @gympluscoffee Irish Player of the Year☘️ pic.twitter.com/8cN2hyXehY

Some good news for Australian Football in Bulgaria as seen in this post by the Sofia Magpies.

Bulgaria’s Health Minister has lifted the ban on visiting national and nature parks outside cities and towns, meaning that footy training for club’s in the country edge a tiny bit closer to returning!

The Waterland Eagles throwback to the time when they appeared on RTV Purmerend.

A few of the Eagles hopped on the panel to chat about the sport of Australian Football in Purmerend as well as the overall growth of the sport around Europe.

ACTION! 🎬 Throwback to the time we appeared on @rtvpurmerend talking about the sport of Australian Football in Purmerend and it’s growth in Europe.

An enormous battle went down between two of AFL Europe’s powerhouse clubs, Wandsworth Demons and West London Wildcats, as the teams took to Strava to compete in an epic endurance race.

Players from Wandsworth and West London had just one week to see which club could out-cycle and out-run the other team… and it has led to some impressive numbers!

Posted by The Wandsworth Demons on Tuesday, 28 April 2020

The competition saw 181 AFL London participants pull their shoes on and get outside (individually) to notch a combined total of over 6000km cycled and 2000km ran.

Congratulations for a huge effort by both clubs, in what was a great way to get the legs moving whilst having some healthy competition in isolation.

Stade Toulousain have travelled back to 2015 when they (at the time, Toulouse Hawks) finished 5th at AFL Europe’s Champions League.

This shot was taken after their win against the Manchester Mosquitos, as they placed fifth overall, the best result of any French club in the history of the tournament.

It’s great to see those at Port Malmo keeping the Australian Football spirit alive and fortunate enough to be allowed to continue training in Sweden!

Right now a lot of our normal routines have been turned upside down. But one thing that is still happening is outdoor…

Posted by Port Malmö Football Club on Saturday, 2 May 2020

Port Malmo are welcoming both past and new players to get down to their trainings for a kick of the footy in some safe, non-contact drills.

If you’re in Port Malmo and are interested in getting involved in Australian Football then why not contact the club or make your way down to one of their trainings on a Tuesday or Thursday!

Belushi’s and St Christopher’s Inns to continue partnership with...
Scroll to top