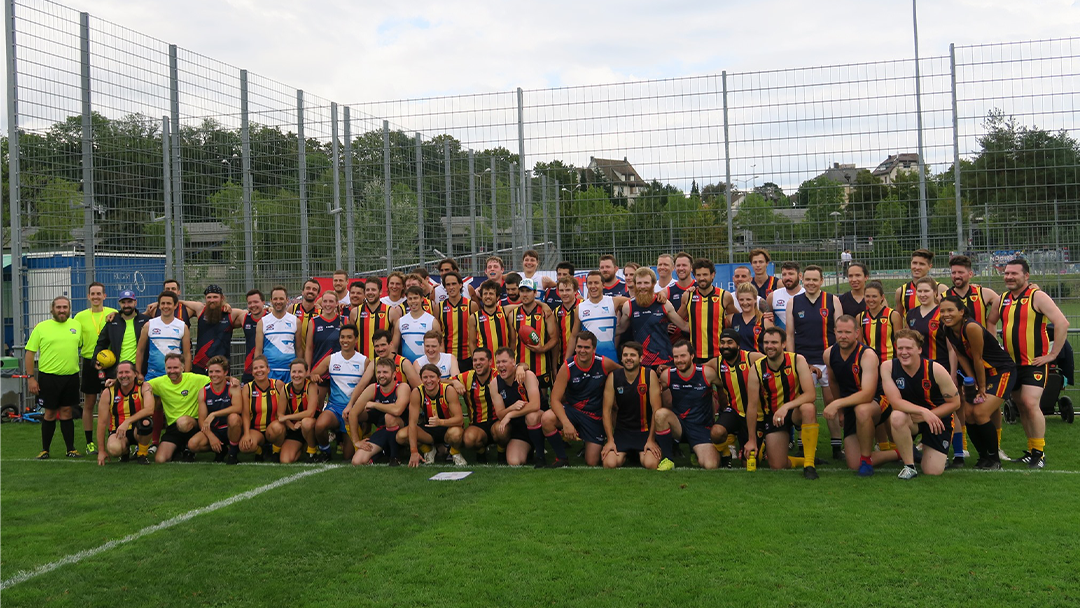 With the latest easing of the COVID-19 restrictions, AFL Switzerland have been able to go ahead and confirm the fixtures and structure for the 2021 season.

Since full contact sports in groups of up to 50 people has been allowed for some weeks now, all four Switzerland based clubs have been able to resume regular training and are keen to get back to finally playing some footy.

The first friendly game of the season was held on Wednesday, June 23rd between the Zürich Giants and the Winterthur Lions, with players from the Basel Dragons splitting up for both teams. It was a very even and intense, physical contest with all players involved putting in great effort and showing just how ready they are to get the season started. After the physical battle was played on a stormy night in Zürich, the camaraderie was beautiful with the Giants hosting everyone for a barbecue after the game.

It was a great celebration for the return of football and an awesome night out for supporters, players, umpires and everyone involved.

The AFL Switzerland season will kick off this Saturday, July 3rd with the Geneva Jets taking on Zürich Giants in the first match of the round as a rematch of last years grand final.

The Giants have decided to name the upcoming round “Rhyder Round” in honour of their graphic designer, Tim Rhyder, who has designed all of their uniforms and merchandise and is leaving the country this summer. Each round, all three seniors teams will play each other once, as well as a reserves game between the Geneva Jets and the Basel Dragons resulting in four games played per round. As always, the on-field play will be followed by celebrations of the sport we all love.

For more information regarding the upcoming season, head to the AFL Switzerland website.