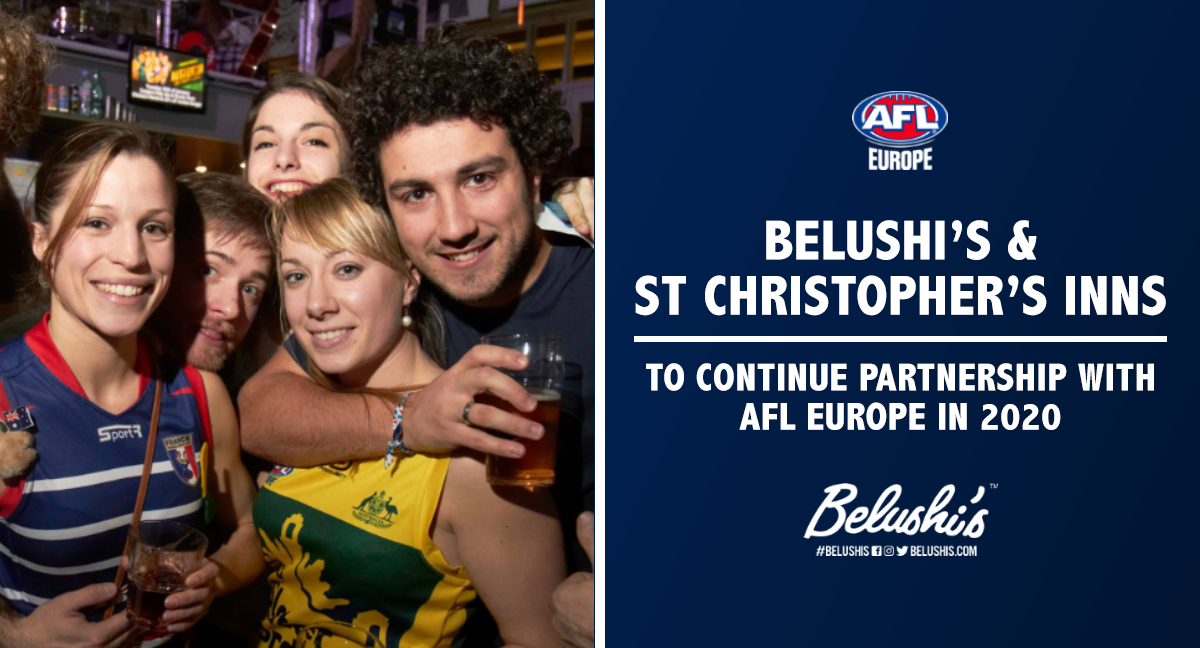 AFL Europe are excited to announce that we will be continuing our partnership with Belushi’s and St Christopher’s Inns in 2020.

With bars and hostels in London, Paris, Barcelona, Amsterdam, Berlin and more, Belushi’s and St Christopher’s Inns have played an integral part in helping Australian Football grow across Europe. 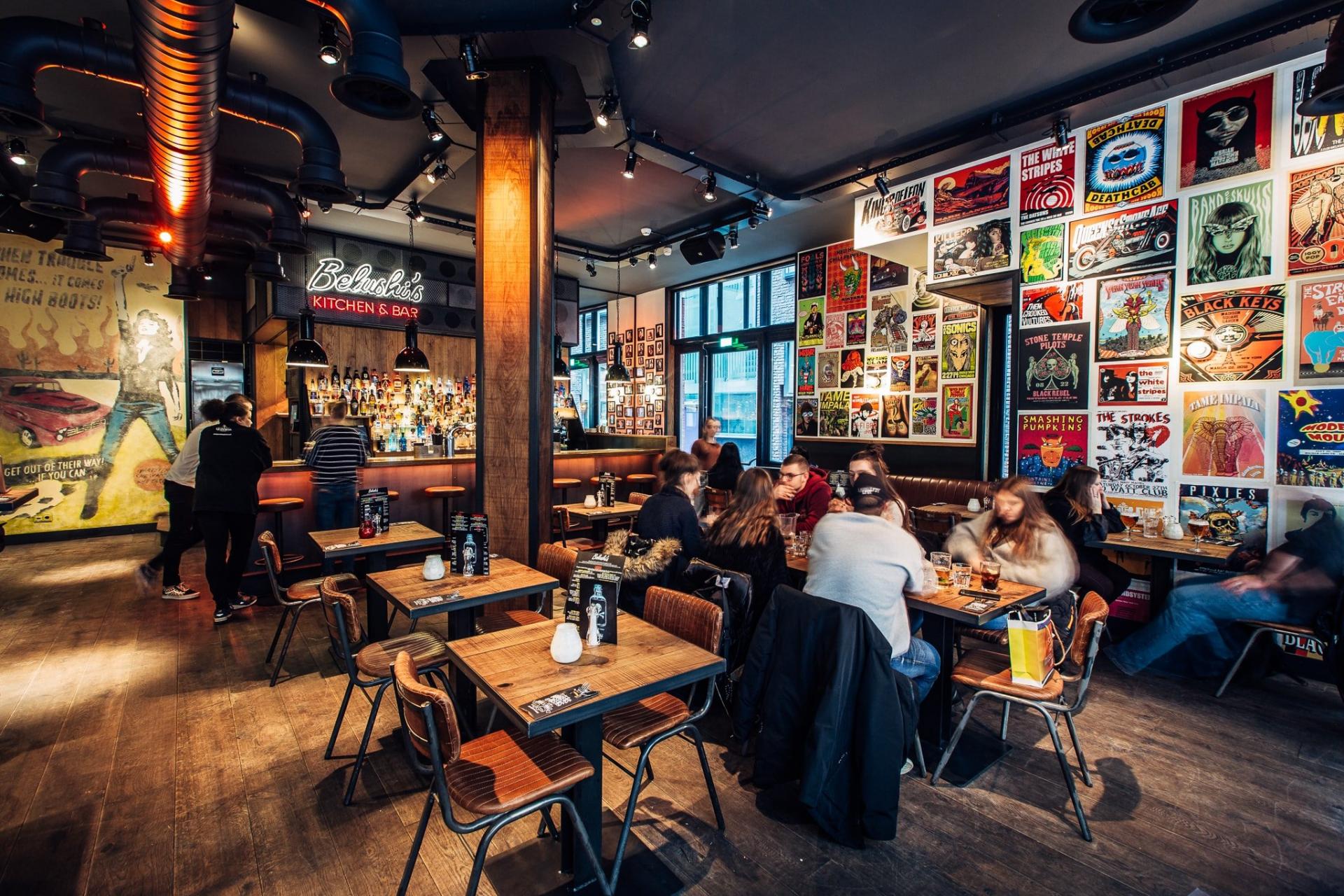 Belushi’s Marketing Manager, Ben Kelly, is excited to see the partnership between AFL Europe and Belushi’s continue in 2020.

“We’ve seen the partnership between AFL Europe and Belushi’s flourish over the past few years,” said Kelly.

“We’ve teamed up to promote AFL across Europe with events for the finals and the Grand Final which see more and more interest every year.

“We’ve been particularly impressed by the impact of the sport on non-Australians with teams formed in pretty much every country we operate in, who love to join for a beer after a day’s play.” 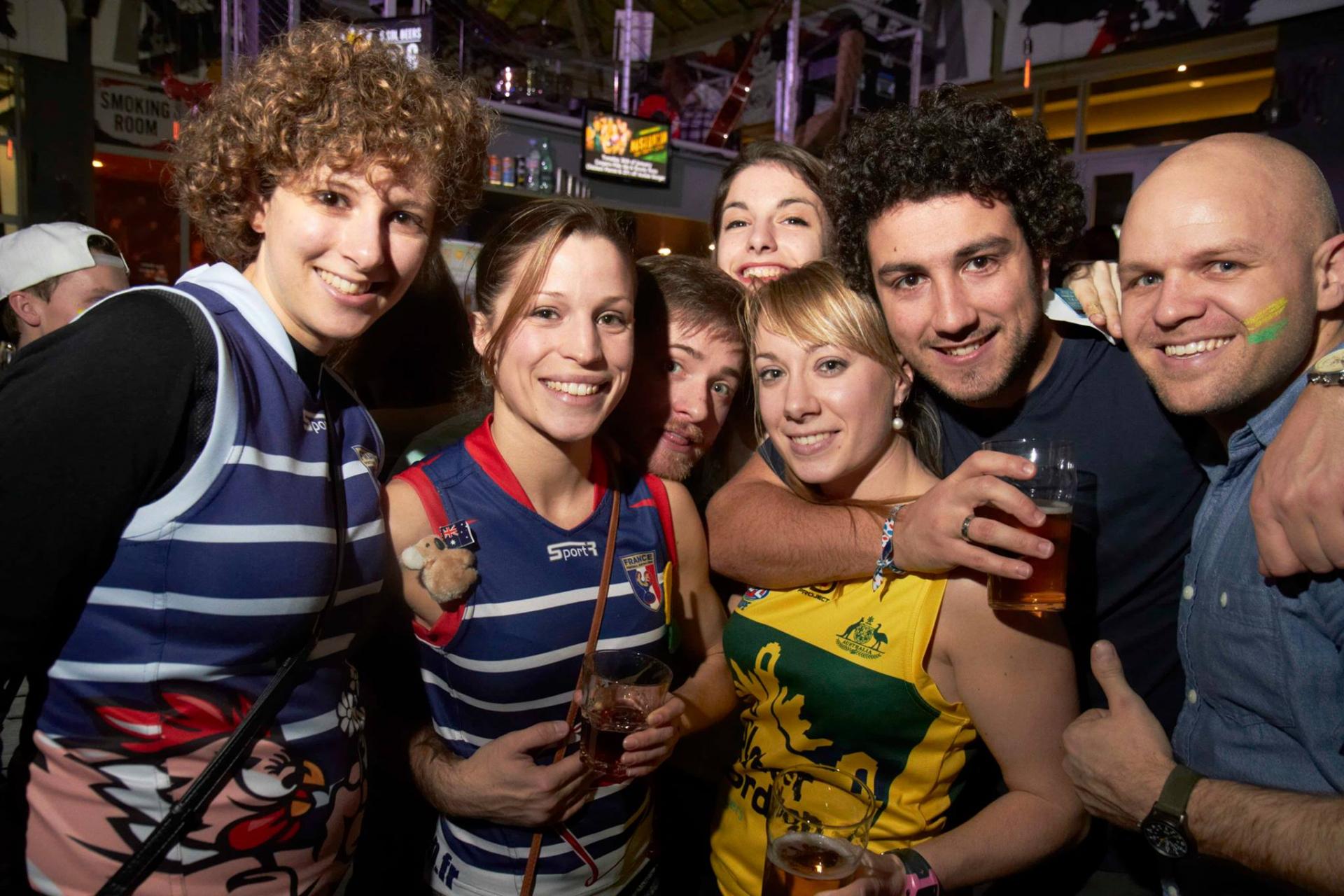 Belushi’s have provided teams after AFL Europe events and tournaments a safe and fun place to get together and socialise, putting on plenty of food, drinks and music, as well as streaming AFL matches.

With the continued partnership, Belushi’s will obtain naming rights to AFL Europe’s new weekly Trivia, which will now feature prizes to be won.

“We think the weekly trivia organised by AFL Europe is a great idea to keep people having fun whilst they’re isolating at home,” Kelly said.

“We’re happy to offer some prizes and will be giving it a go ourselves!” 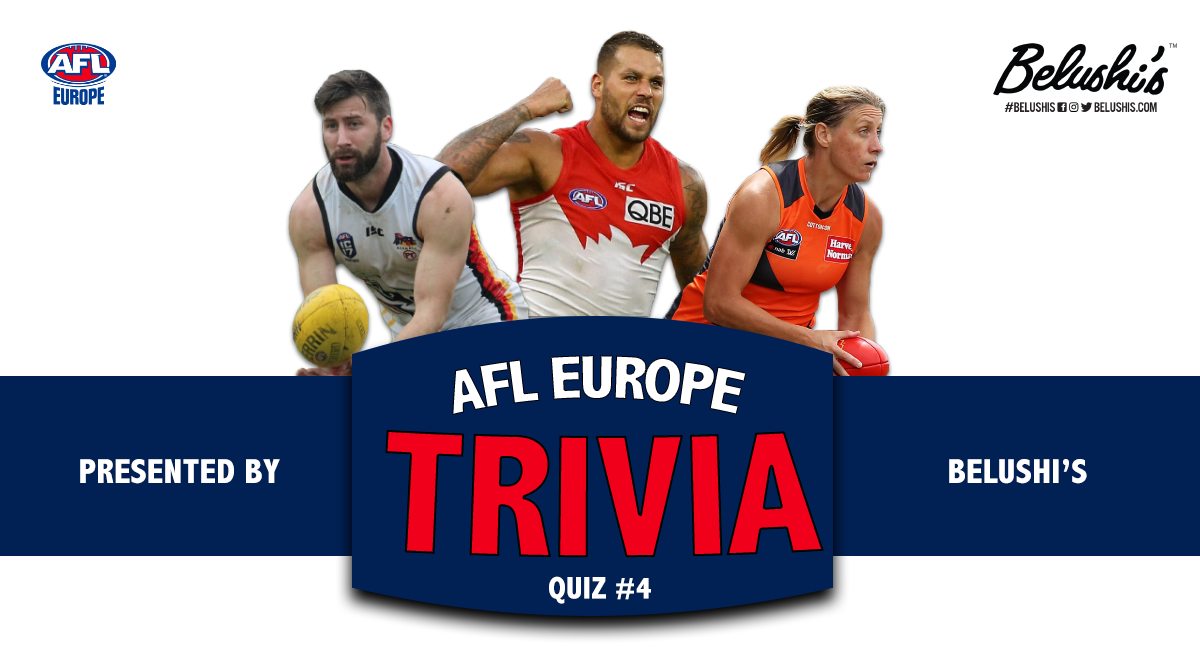 AFL Europe General Manager, Ryan Davey, is overjoyed to see AFL Europe and Belushi’s partner up for another year.

“Belushi’s and St Christopher’s Inns have been a great supporter of AFL Europe for an number of years now, and play a big part in the growth of Australian Football throughout Europe,” said Davey.

“Throughout the partnership, they have been a great host for our after parties, as well as providing accommodation for travelling players through St. Christopher’s Inns Hostels.

“When players can get together and socialise at such events, it sparks conversation about Australian Football and the game in Europe which has been growing the sport noticeably across the international landscape.

“Once AFL resumes in Australia, we will be encouraging all AFL fans across Europe to drop into a Belushi’s Bar to catch all the action on their big screens – there is no better place to watch AFL in Europe.”

Keep your eyes out for the new AFL Europe Trivia with Belushi’s tomorrow, but for now, check out Belushi’s via their Facebook @belushis.bars and Instagram @belushis to keep up with all of their news and events!