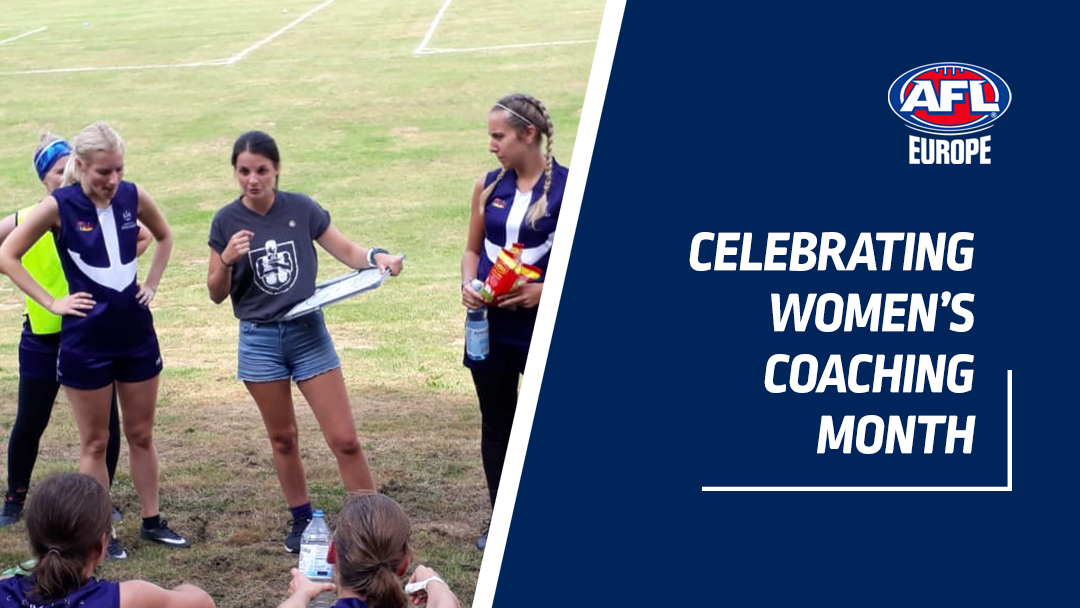 We’d love to see teams in Europe share a photo and some words on social media recognising the women who have played a role in coaching, from running drills at training to coaching on game day, at your club.

Tag us in your posts @AFLEurope and we’ll draw one lucky coach at the end of the month to win a free Coaching Board. You can join in on the celebrations in Australia including a free three-part webinar series run by the AFLW, access a range of new community resources for clubs and coaches to support women in coaching, and a tool kit to support coaches of women & girls.

The AFLW also want to hear the stories of women in coaching that have made a significant contribution to the game. You are invited to submit stories via the link here including a summary of the coach along with a photo or video. The AFLW will aim to share these stories amongst its coaching and community football network.