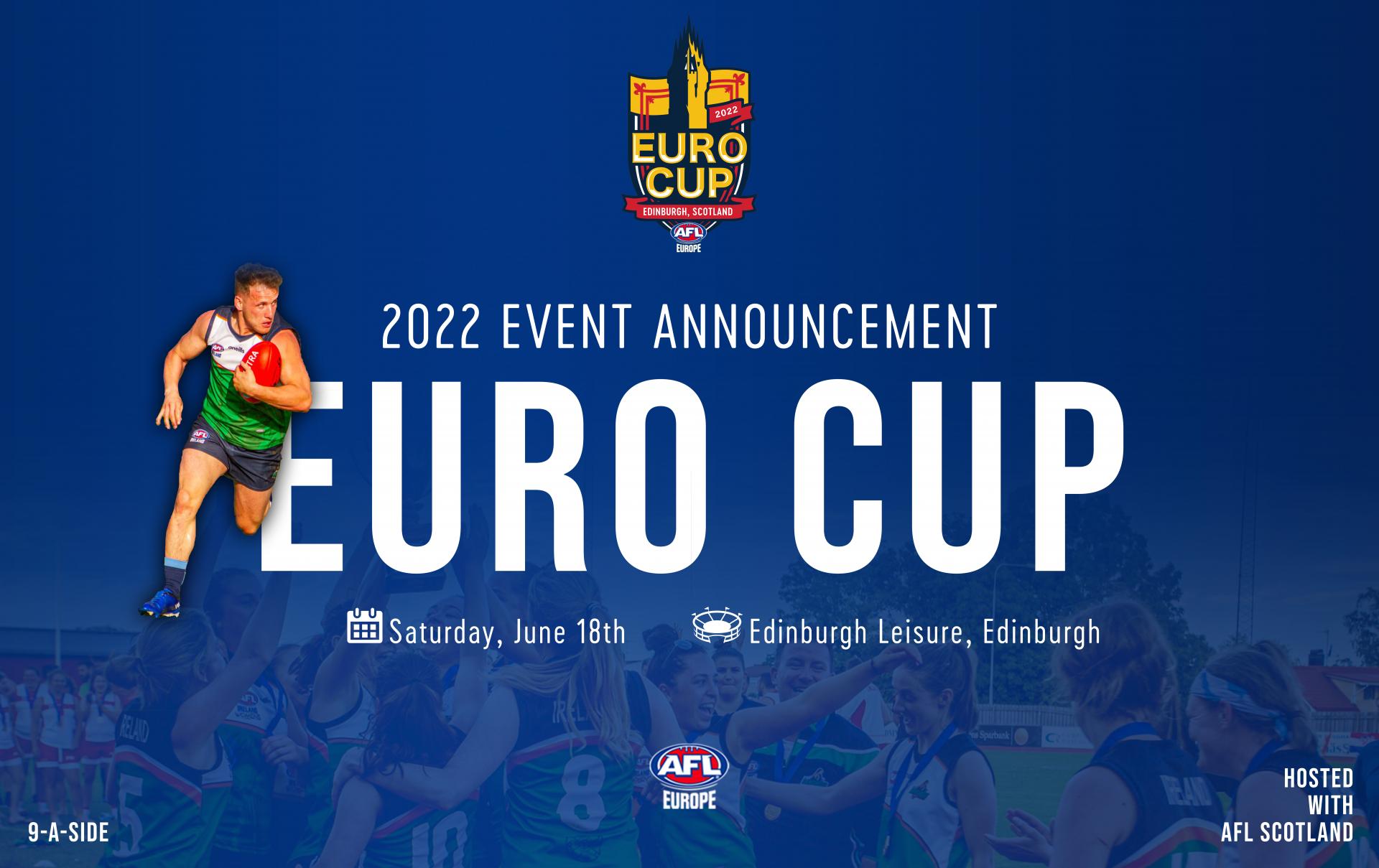 AFL Europe is excited to announce the return of Euro Cup – one of AFL Europe’s biggest international events on the calendar!

The major 9-a-side competition will return for the first time since 2019 and will be hosted in Edinburgh, Scotland on June 18th.

Once again, there will be both a men’s and women’s competition, and we expect to see the largest number of countries participating in Euro Cup history. Speaking on the opportunity to host, AFL Scotland said, “Australian football is a minority sport with a growing presence in the country.”

“This will be an opportunity to help grow a sport which already attracts members from various different backgrounds and help showcase the men’s and women’s national teams.”

The tournament will see European nations compete in group stages before moving on to knock-out competition, where eventual victors will be determined.

The Euro Cup presents an amazing opportunity for European footballers to represent their home countries in official competition. With England and Ireland the current champions in the men’s and women’s divisions respectively, we can’t wait to once again see national sides face off to contest for the title of champions of Europe in this annual 9-a-side tournament.

If you’re interested in umpiring at the 2022 Euro Cup, please register your interest here.

More information about the tournament can be found here.