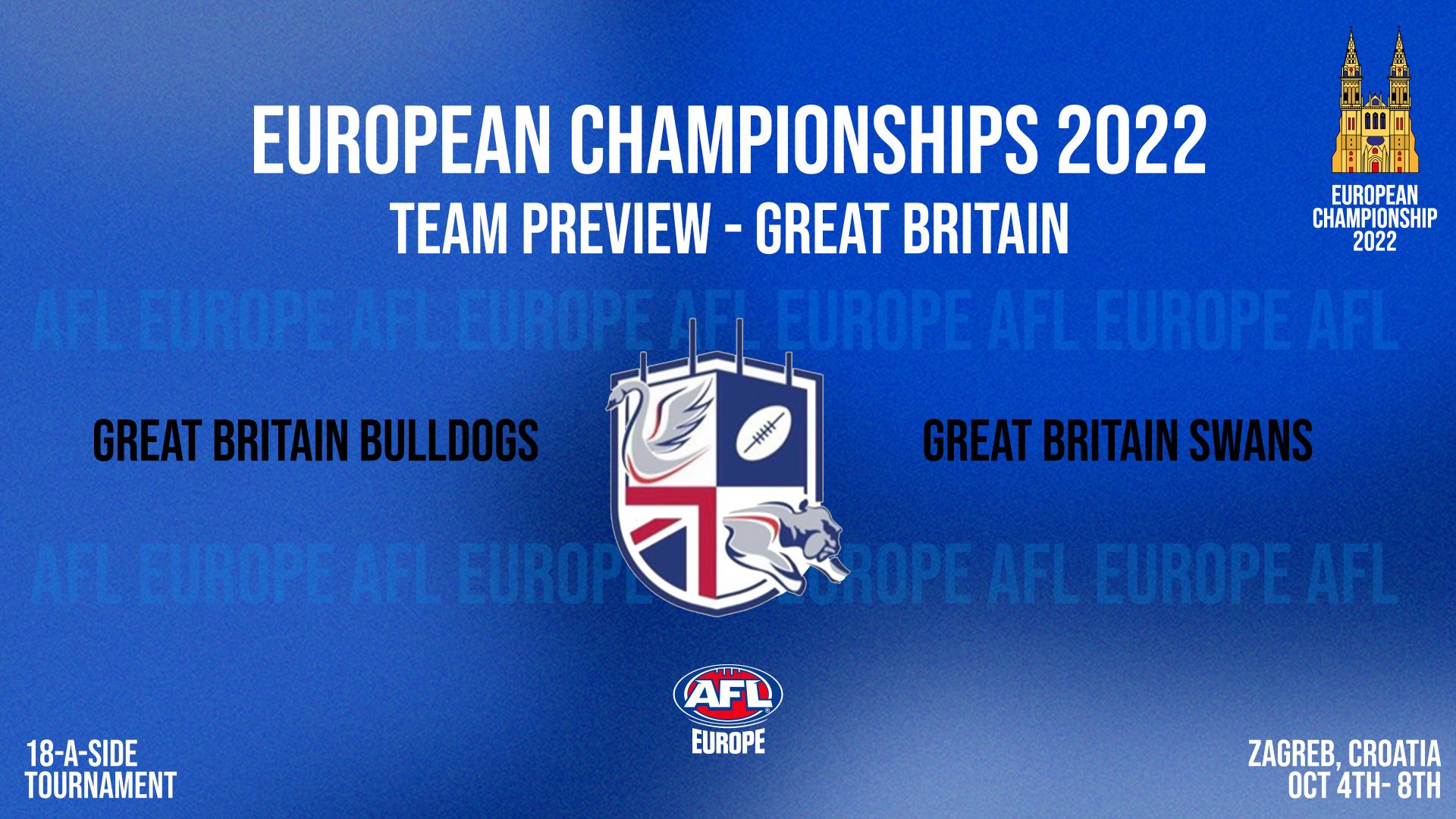 In the fourth edition of our tournament previews, we spoke to the coaching staff from Great Britain, who, as always, is bringing both men’s and women’s squads. As hungry to win as ever, this Euro Champs stalwart is prepping for another run at some silverware.

After finishing third in 2019 and in order to go one better this year, the Swans will be bringing a fresh squad and a new coaching staff to EC22 who are determined to play their way into the big dance come tournament’s end.

Considering the experience of the squad and having attended multiple European Championships, finishing third in 2019 was somewhat of a disappointment for the GB Swans, however, it speaks to the quality of their opposition. Nonetheless, coach Jay Treloar said the squad is excited to be back competing on the international stage and has high hopes for the tournament.

He said, “The enthusiasm and engagement has been absolutely wonderful and it’s been fantastic seeing so many new faces keen to put their hand up for selection or even just try out a session or two.”

“As a side with strong previous performances, the GB Swans are coming into this tournament with our eyes firmly fixed on playing in every game and coming away with strong results. We want to be booking an extra seat for the flight back.”

As one of the few countries whose domestic competitions are largely 18-a-side, the change of code should suit the Swans quite well – there is an abundance of 18-a-side experience within the squad.

Despite the personnel changes within the team, the ethos and identity of past Swans sides very much remains at the heart of this latest squad and Treloar says preparation and team building has been going smoothly.

He said, “Given the time that has elapsed since previous tournaments, a lot of things have changed for a lot of people so while the team might look different based on those selected, the guiding philosophies and spirit with which we will play will build on the foundations from previous teams.”

“Our preparation has reflected this through online team meetings, training sessions and ongoing communication – who are we and how do we convey this? As such, the team building, while a work in progress, is really positive with lots of familiar bonds being built between new and old teammates.

“Players are starting to learn nuances about each other and this has been shining through in our training sessions.”

Like all coaches, Treloar is chomping at the bit to see his side’s hard work and training pay off. In particular, he said finally seeing his structures tested against a competitive opposition will be exhilarating.

“I want to see how they respond to pressure and adversity and likewise, how do you manage a game when you have the advantage,” he said.

“​I’m particularly excited to see just how many of the players stand up to lead when it’s needed and I’m quietly confident that they will impress me.”

With the continued expansion of Aussie Rules across the United Kingdom, earning a spot within the GB squad was highly competitive.

Treloar certainly enjoyed the luxury of having to make some tough calls when picking his side. Thus, the Swans are all hungry to represent their country and repay their coach’s faith.

Treloar said, “For us as a coaching group, we want to see each and every player, debutant or multi-tournament veteran take each and every game by the scruff of the neck and throw the kitchen sink at it.”

“We want them to come away happy with their contributions and be able to identify how they can be better still next time.

“Our aim is to have helped each player develop the right tools to manage themselves through a multiday tournament and come out of it with a successful result and a sense of genuine satisfaction.”

The Great British Bulldogs come into EC22 as back-to-back reigning champs after dominant wins at European Championships in 2016 and 2019. Further, fresh off the back of a big win at Euro Cup in Edinburgh, the squad is in terrific form and looks imperious. However, with the quality of their opposition immensely high, going back-to-back-to-back won’t be easy.

Bulldogs coach Dean Thomas said his side is very excited to get back to playing 18s and renewing old rivalries.

“The playing group is gelling very well. Cost of living challenges have impacted our ability to train regularly as a group, so we have introduced regional running groups on set programmes, to assist in their preparation and we are confident all the boys will be ready to go.

“Whilst the focus is on team objectives, the boys are also looking forward to being a part of two individual achievements – Owain Ryland will break the games played record for GB in this competition in what will be a monumental achievement, and Ross Denton will break the record for most games as GB captain.”

As with the women’s side, 18-a-side experience is in plentiful supply for the Bulldogs, so the change of codes is not a major concern and could in-fact be of benefit to the team.

However, this iteration of the GB Bulldogs will have 11 EC debutants, among them ten players who will be earning their first GB caps, so squad veterans will play an integral role in ensuring these younger players are ready to face the demands of an international Aussie Rules tournament.

“We feel we have an excellent balance of experience and fresh faces who will create new levels of enthusiasm and contribute very highly to team standards and performance,” Treloar said.

“Amongst the experienced players there are many who have had a prominent impact at international level for several years now, are well known, and are still in their prime. In terms of the new faces, we  expect all of them to have an impact, with perhaps Jacob Robinson and Steve Welton the two early standouts.”

Beyond footy, the squad is of course looking forward to bonding throughout the trip and enjoying everything Zagreb has to offer.

“With no competition since 2019, it has been a long wait. Trips overseas with international squads are always great team building experiences as well.”

“I am sure all the boys are looking forward to seeing the sites in Zagreb. Footy is first and foremost their priority, but we always encourage the boys to have a good time off the field. This trip will be no different.”