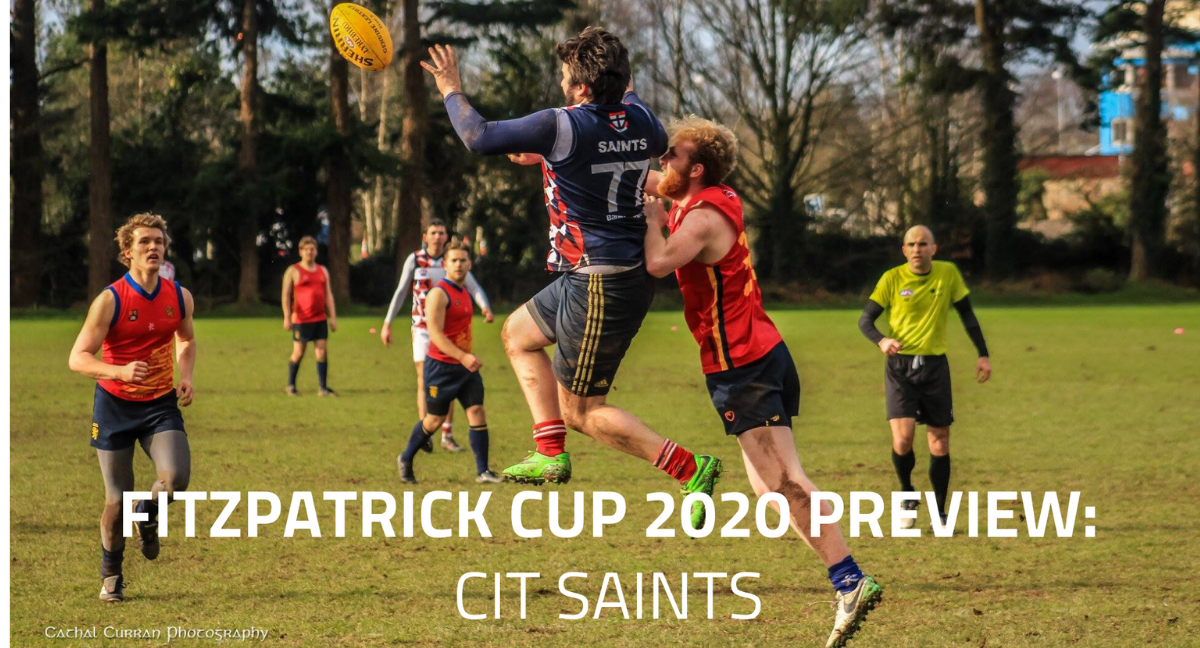 The 2020 edition of the Fitzpatrick Cup is just around the corner, with the finest University teams in Europe set to descend on Horspath Athletics Ground next Saturday, February 8th. First up in our Team Previews are the CIT Saints, who will be travelling across from Cork with two men’s squads for the tournament. Below, we hear from CIT’s Coach Eoin O Suilleabhain, on how the lads are shaping up for their second appearance at the Fitz.

What has the last year looked like for CIT?

Well, after a successful debut at the tournament we’ve gone from strength to strength. We beat our close rivals UCC in last year’s Cork Colleges Cup, and we won the Irish Universities Cup also, so it’s been great really. The game is growing in popularity year on year here. We’ve got a great Club Committee in place, and the Sports Dept. in CIT have been immense. Also, CIT hosted the Euro Cup in 2018 with helped us out with promotion too, so it helped our recruitment no end. We’ve had opportunities to blood a lot of new players through playing in The Leeside League and players togging for the AFL Ireland Premiership team The Leeside Lions too, so all is going well.

What’s the aim of the team for this years competition?

It’s simple really, we want to win The Fitz. Both squads want to win, and I realise that’s impossible, but our boys are hungry for success and want to go all the way. Our second squad is just as competitive as our firsts, with some boys missing a spot on the firsts due to being unable to commit to training while playing GAA, Rugby, Soccer, etc. But, with the likes of Oisin Fitz and Eamonn Browne in around the mids, Conall Kane and Chris Keegan at ruck or a forward option, Olan Murphy off the half back, Jack Skehan and James O Shea on ball and Andrew O Neill and Connor Tobin up front, both CIT 1 and CIT 2 will be out to win. To topple the likes of current champions UCC and past champions Birmingham is an aim, facing a no-doubt well oiled Danish machine and a strong Welsh representation will be very tough, to face up to hosts Oxford and ever-presents Cambridge and go toe-to-toe with them is an exciting challenge. As always, it’s hard to pick out individuals, but I’m not one to shy away from it. We have some accurate kicks out of the backs in Jerry Cronin and James Hegarty, a few great on-ballers in around the guts with aussie Dave Perkinson and Mark O Donoghue playing some great footy, and up top we have some tall timber with great boots in Ian O Callaghan and Padraic O Sullivan. Couple those with the likes of Sean Tyres, Patrick Connolly, Ross Moynihan & Fiachra Harrington in around the mids and you have the makings of a good squad.

Competitiveness & accuracy. Our boys were pipped at the post in The Leeside League, and a whole host of new players were competing in the first competition then against well drilled outfits in UCC and Leeside Lions. These boys just never let up, it’s amazing. And the accuracy in kicking has improved greatly in recent weeks. Right options being taken, making sure of majors instead of behinds, it’s all going well. What we might lack in experience we more than make up for in effort.

Myself, Eoin O Suilleabhain, will be at the helm again this year, ably assisted by Paul Murphy. I’ve been lucky enough to have been involved with the Leeside Lions and UCC over the past 10 years, including three Fitz Cups won as coach, and I’ve also played for my club and country at a high level. Murph is the founder of CIT AFL, he’s a current Leeside Lions and Irish Warriors player, a former Fitz winning captain, and knows the game like an old stalwart already. His game-management is fantastic and his extensive experience of this competition is invaluable to us.