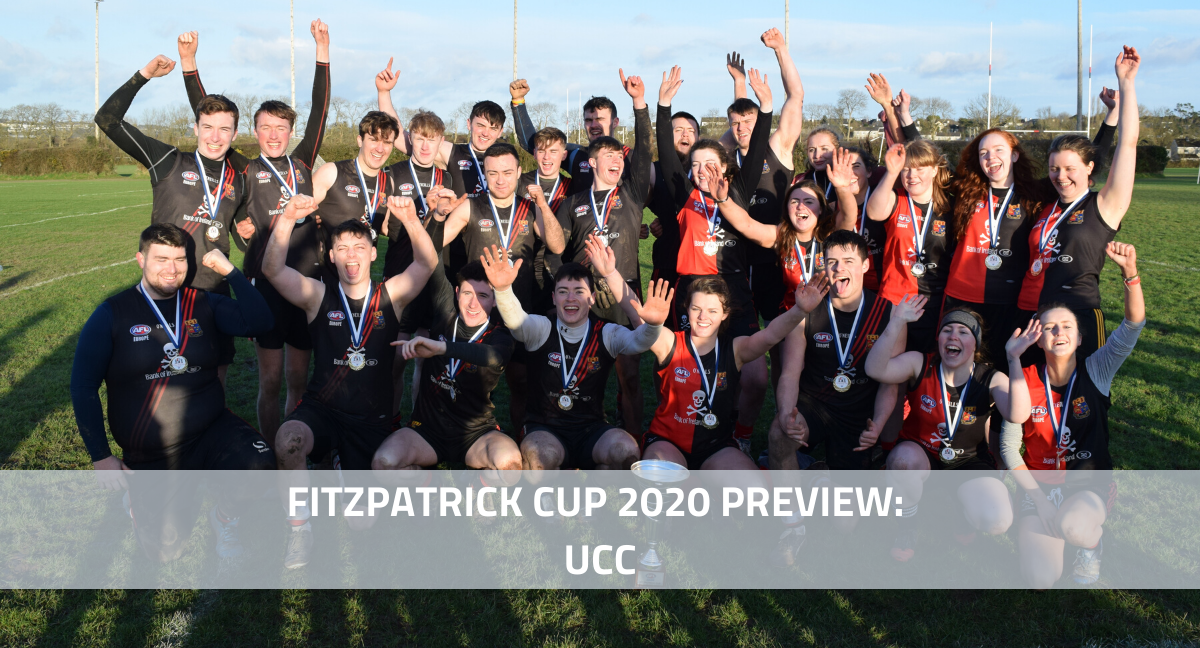 The 2020 edition of the Fitzpatrick Cup is just around the corner, with the finest University teams in Europe set to descend on Horspath Athletics Ground this Saturday, February 8th. Next up in our Team Previews are current Fitz Cup reigning champions, University College Cork. UCC Bombers came out of the 2018 tournament victorious, whilst the UCC Crusaders took home the chocolates in the women’s division. Below, we hear from Crusaders Coach Mike Currane and Bombers Coach Ian O’Sullivan on how their 3 squads are preparing to defend their crowns.

What has the last year looked like for UCC?
Ian: The UCC Bombers have had a great season to date. We have new coaches and lots of new players joining the club so there’s a been a bit of transition and getting to know each other before Christmas.  With new coaches and lots new players it’s created a very healthy competitive atmosphere. We’ve used the competitions before Christmas to blood players as much as possible to allow players to explore and find their best and favoured positions as well as allowing coaches to find our best. Our intent all season has been to peak at the Fitz. And we’re right where we want to be!
Mike: This year has seen the UCC Crusaders basically have to rebuild from scratch. The original Fitz Cup which was won in 2017 & 2018 and missed out due to the cancelled tournament in 2019 have almost all graduated and moved on into the real world. Only 3 players remain as a link to the original line up. As such it has been a busy year of recruiting and training and laying the foundations for a team that will hopefully be around for the next few years.
What’s the aim of the team for this years competition ?
Ian: To win! Simple as. We have two great teams travelling and we would be very disappointed to not come back with the Cup.
Mike: As it is essentially a completely new team the primary aim is that everybody enjoys the Fitz Cup and the experience of an away Aussie Rules tournament. We will aim for high energy and effort and a good performance. Anything else will be a bonus, this will be strongest competition yet with all the UK teams having come on in leaps and bounds mainly due to structures and regular games being played in the National University League. 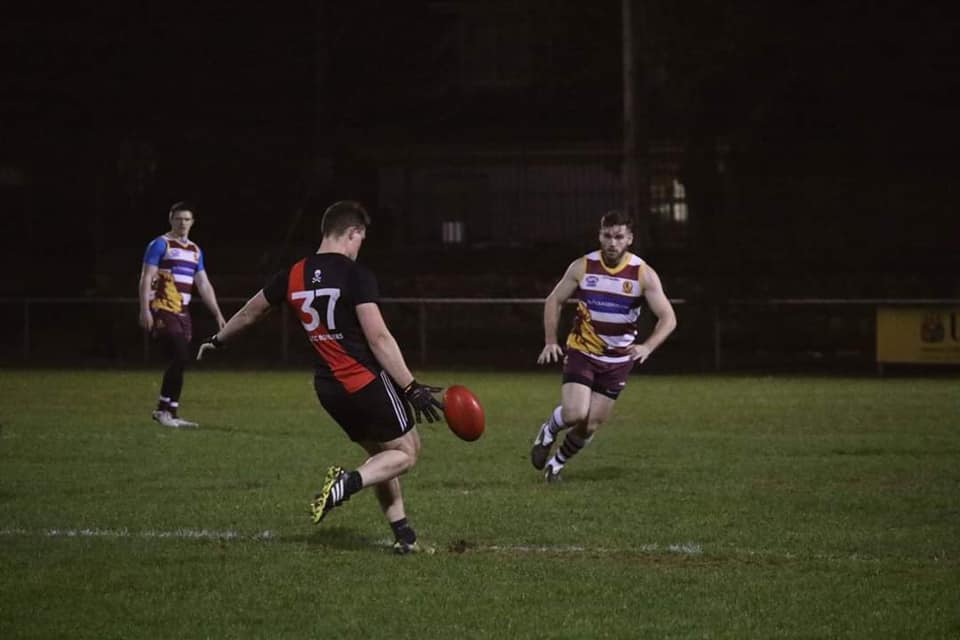 Any young stars to keep our eye on?
Ian: We’ve had a fantastic influx of new players this year with some guys taking to the game and skills quicker than expected. Keep your eye on Kieran O’Reilly up front who’s kick is better than some guys playing the game for years. In defence we have Liam Dineen who will harass and forward, run all day and score from deep. Conchubhair O’Beaslaoi is another tank in defence and will give any forward who dares take him on a torrid time ! And in the mids, James Daly is a natural vocal leader (co-captain) that will die for the cause.
Mike: Any of these players that have come out and tried a completely new sport in their first few months in college in what is already a massively challenging time for any student is already a star. Look out for the experience of Mary Hurley, and CJ Murphy  as the now “senior” players on the squad to stand out, and expect exciting play and high intensity effort from the young guns including Captain Caroline Condon, Diana O’Driscoll, Ciara Corbett , Rachel Murphy, Séadna O’Sullivan, Lucy Coakley and Fiona Hannon.
Key strength of the team?
Ian: Hunger and desire in every sense. These guys have a massive desire to perform and hunger to succeed. The improvement in skills and game knowledge etc from early September has been very impressive. They are physical and will give everything on the day to help their team and club succeed.
Mike: One of the key strengths of the team will be that they will have No Fear. This should help flip a potential negative of having in general no experience of playing at this level or indeed of the game at all in terms of match play, into a huge positive. This combined with massive energy levels and enthusiasm at the footy should see this group of Crusaders be a hard team to beat.
Who’s the coach in charge for this tournament?
Ian: Myself and Paul Ryan are joint coaches this year. We’ve brought some fresh ideas and injected even more enthusiasm to the club. I’ve been playing the game since 2002 with the Leeside Lions. I’ve represented Ireland in World Cup tournaments in 2005 and 2008. Paul has been around as long and has managed Ireland teams in the past to success. So far, we’ve worked well together and with the players to enhance this great club even further.
Mike: After being coached from formation by Irish Aussie Rules Legend Marie Keating across 2017, 2018 & 2019, who achieved great success winning back to back cups in Cork, I’ll be coaching this year’s new look team, as the current Coach of the Irish Banshees and head of AFL Ireland Women’s. 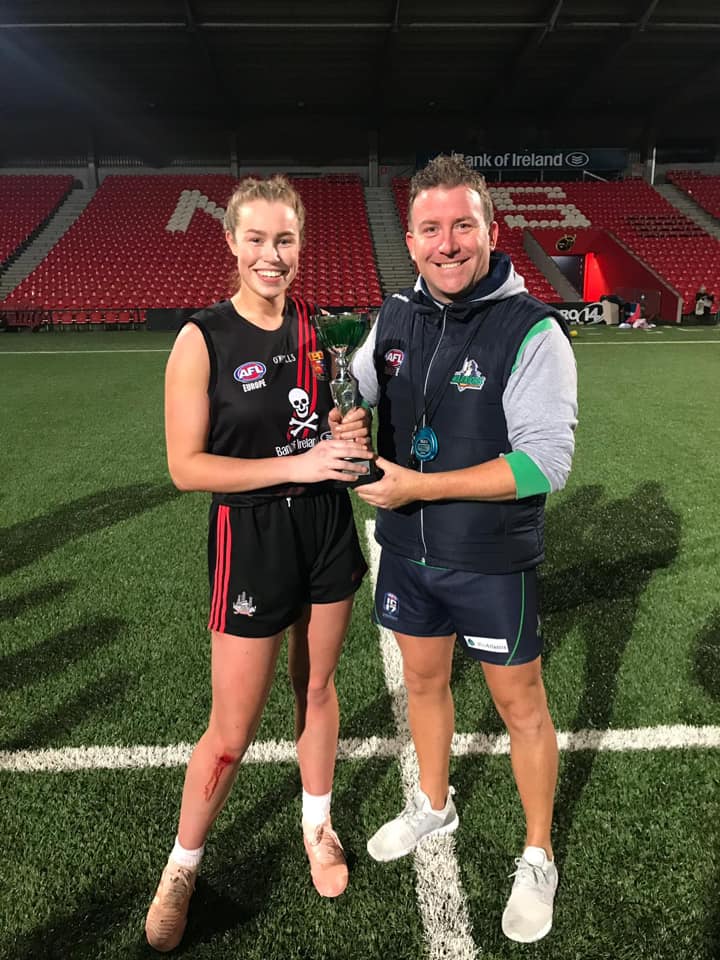