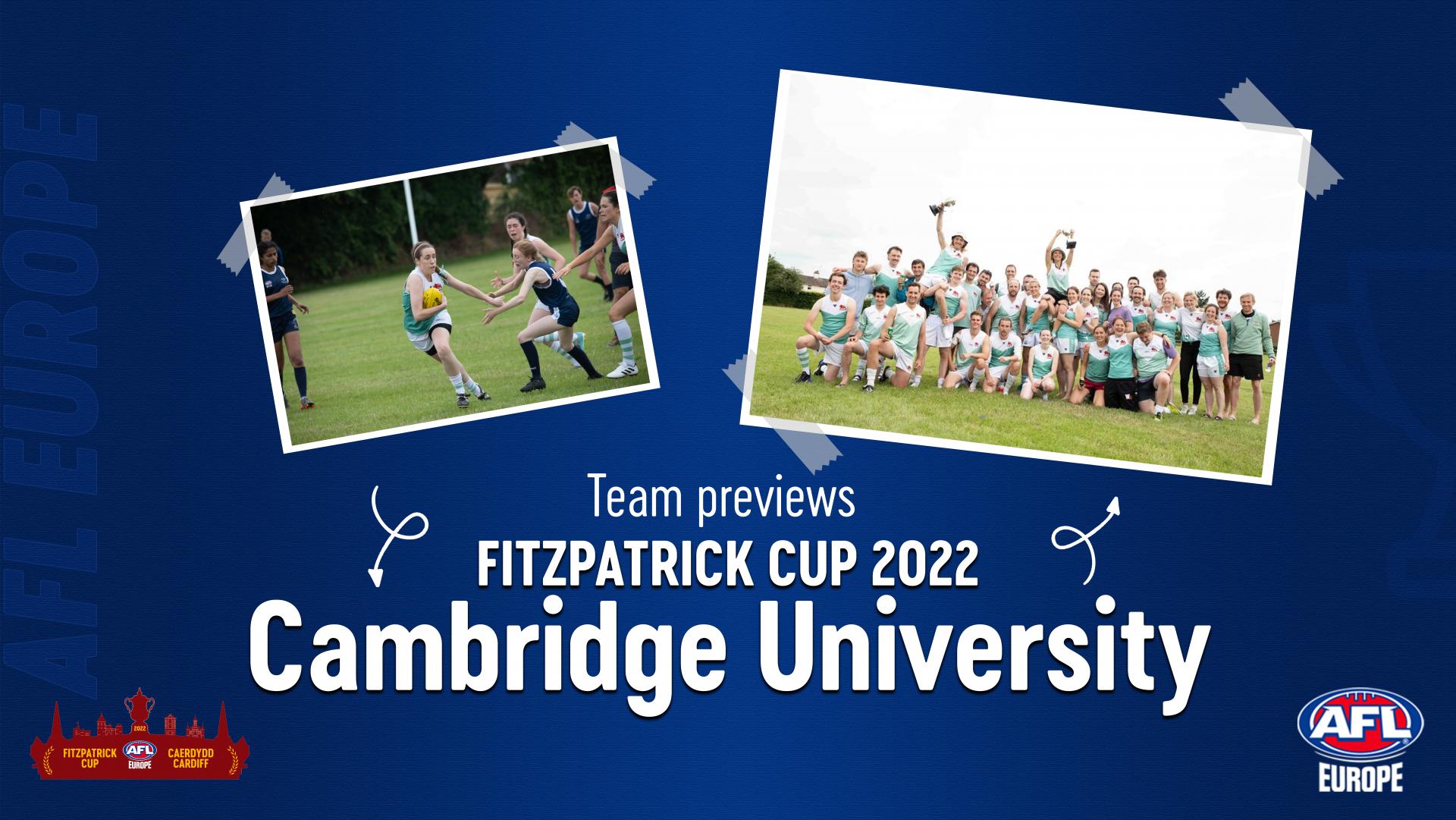 2022 will see a grand return of the Fitzpatrick Cup after a year on the sidelines and a fresh crop of formidable European University AFL teams is ready to clash in Cardiff on February 5. Next up in our team previews, returning to the Fitz Cup once again, is Cambridge University. The tournament stalwarts will be bringing along both their men’s and women’s’ squads, with the women’s team looking to defend their 2020 title and go back-to-back. The club’s committee offered their thoughts ahead of the tournament below.

What has the last year looked like for Cambridge?

As it was for everyone, last season was difficult due to Covid. Unfortunately, many of our Australians were forced to head home. However, we played one friendly tournament in Nottingham and managed to organise our annual game last summer where both our ladies and men’s varsity sides won against Oxford. Additionally, we have had a good start to this season with promising displays in the NUL.

We had an extraordinary victory in the women’s tournament two years ago in Oxford, so we are hoping we can defend our title in Cardiff this year. On the men’s side we are hoping to build on our good early-season NUL form and be competitive in the later stages of the Fitz Cup. GAA converts have had a big influence in the WAFL in Australia, we’re hoping our own new convert Aine Cook can do likewise for us in the women’s team. On the men’s side, Harry Pollit has speed, game intelligence and a fine haircut, so expect big things from him.

Our men’s side is a mobile outfit who play at pace. Our women’s side has a core of experienced players who want to drink at pace, but that won’t stop them from bringing their best on the field.

Who’s the coach in charge for this tournament?
We’re still mourning the loss of our former coach Tim Shepardson. His biceps embodied all the positives of Australian masculinity. As nobody is worthy of his shoes, leadership and coaching duties will be shared among the respective squads.