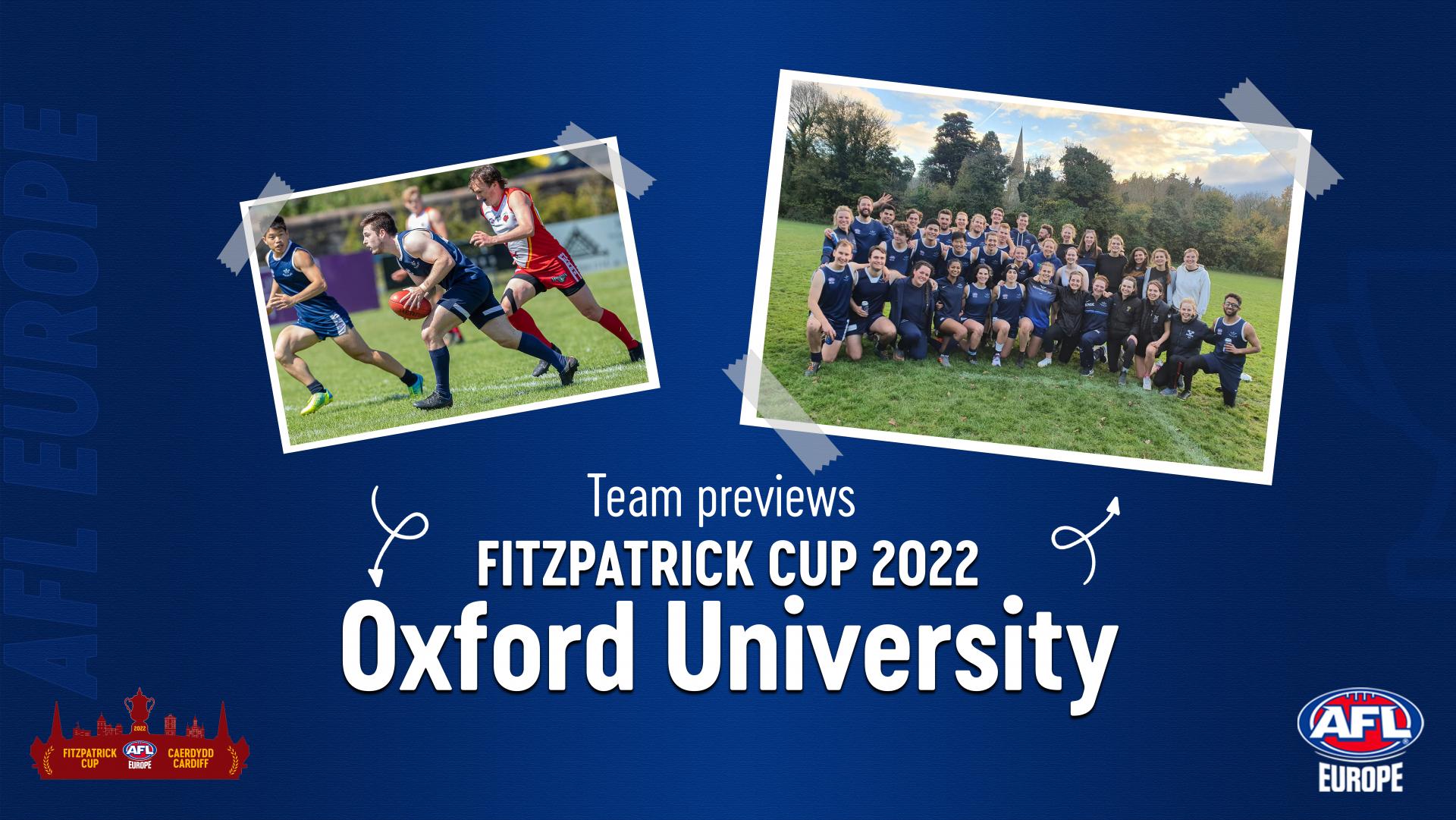 2022 will see a grand return of the Fitzpatrick Cup after a year on the sidelines and a fresh crop of formidable European University AFL teams is ready to clash in Cardiff on February 5. Next cab off the rank for our team previews is Oxford University, who will be boasting both one men’s and one women’s team for the tournament. OUARFC’s President and Covid Officer, Henry West, outlined the club’s expectations for the tournament and everyone’s excitement to be returning to Fitzpatrick Cup competition after a year off.

What has the last year looked like for OUARFC?

We have been able to train consistently over the summer and into winter. It was awesome to have the women play in the WWE9 competition and bring the flag home to Oxford. As for the men, they are keen to return to competition and get some more games under their belts this winter.

We always go into a single day competition with the goal of winning but it’s also important to have as much fun as a squad as possible. We loved the Manchester Cup experience and think we can improve our performances to be two very competitive teams for the Fitzpatrick Cup. Wins for both the men’s and women’s sides are obviously what we are after.

The tournament is in Wales this year, much closer to home, will that help?

Certainly, the short travel from Oxford to Cardiff is a bonus. We will be travelling on a bus all together which is always a fun trip, and we will be making the most of the extra sleep! We have seen some excellent arrivals from Australia this season. For the men, Max ‘Banjo’ Davie and Tom ‘Chopper’ Harrison are two key midfielders to watch and for the women, new recruits Freya Willis and Audrey Davies have been putting in excellent early season runs in the NUL.

Our key strength is the cooperation and camaraderie across our whole squad. We love getting together for training and games. We work as a single squad of men and women and always do everything together. We translate this into our games by supporting each other and we want to be successful together, as one collective unit.

We have been very lucky to have a new women’s coach this season in Justin Clarke. Justin played 56 senior games for the Brisbane Lions in the AFL from 2012-16 and is a tremendous coach for skill development and the tactical aspect of the game. He will be at the Fitzpatrick Cup coaching our women and helping out with the men too.