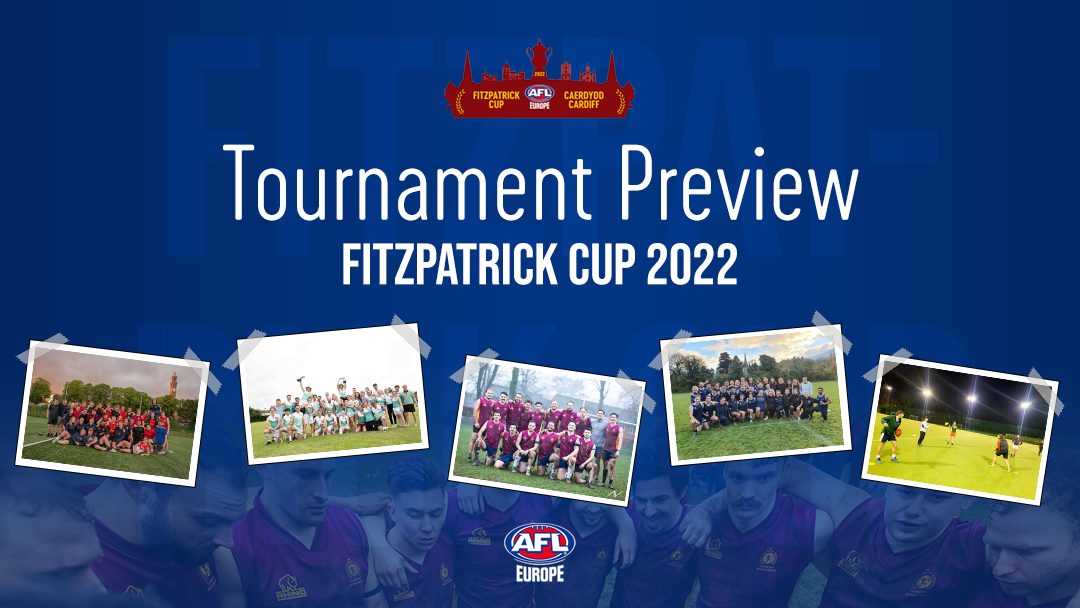 A return of the Fitzpatrick Cup is on the horizon with eight teams from five different universities set to descend upon Cardiff this weekend for what will be the eighth instalment of the AFL Europe universities tournament.

This edition of the tournament will play host to many great storylines. Namely, the age-old rivalry between Cambridge and Oxford universities will be renewed, with Cambridge’s women’s team looking to defend its 2020 Fitzpatrick Cup victory and go back-to-back.

Cambridge’s club committee said, “We had an extraordinary victory in the women’s tournament two years ago in Oxford, so we are hoping we can defend our title in Cardiff this year. On the men’s side, we are hoping to build on our good early-season NUL form and be competitive in the later stages of the Fitz Cup.”

Henry West, Oxford’s club president, said, “We always go into a single day competition with the goal of winning but it’s also important to have as much fun as a squad as possible.”

“We loved the Manchester Cup experience and think we can improve our performances to be two very competitive teams for the Fitzpatrick Cup. Wins for both the men’s and women’s sides are obviously what we are after.”

However, the two tournament stalwarts will have plenty of competition this year, with both University of Birmingham and Cardiff Metropolitan returning to the tournament.

Birmingham’s James Scott-Stacey said of his club’s men’s and women’s sides, “We’re a group with a lot of chemistry, making game play between us very smooth – you can’t teach a connection like ours.”

With UCC dominating the event in previous years, Birmingham is the only past Fitz Cup victor in the men’s side of the draw, going back-to-back in 2015 and 2016. It’s every chance to be the team to beat.

Cardiff Met’s coach, Conor Neesan, was equally stirring when he shared some fiery words for the tournament’s big names.

He said, “The key strength of the team is undoubtedly our determination, we are a small fish in a big pond, but we will always compete and put it up against Oxford and Cambridge with relentless tackling and strong defensive play. Our strengths will go a long way towards helping us against their experience and knowledge of the game.”

Expect to see a big statement made from the home side in just its second Fitz Cup.

Queens University Belfast will also be present in Cardiff, tackling the Fitzpatrick Cup for the first time with its brand-new men’s team.

Despite being the only Fitzpatrick Cup first-timer, QUB’s coach, Gerard Walls, said his side fears nobody.

“I think every player likes winning and this current playing group will be no different, so we will have a good crack at it and see how far we can go,” he said.

With a mix of old and fresh faces, experienced veterans and Fitz Cup rookies, expect to see a high standard of football on display across both the men’s and women’s competitions.

Overall, there will be five men’s teams and three women’s teams in the respective draws. Each of Cambridge, Oxford and Birmingham will have teams in both competitions, while Cardiff Met and Queens University Belfast will be bringing along their men’s sides in the hopes of adding women’s teams to the tournament ahead of 2023.

Euro Cup is back! International tournament to return in June