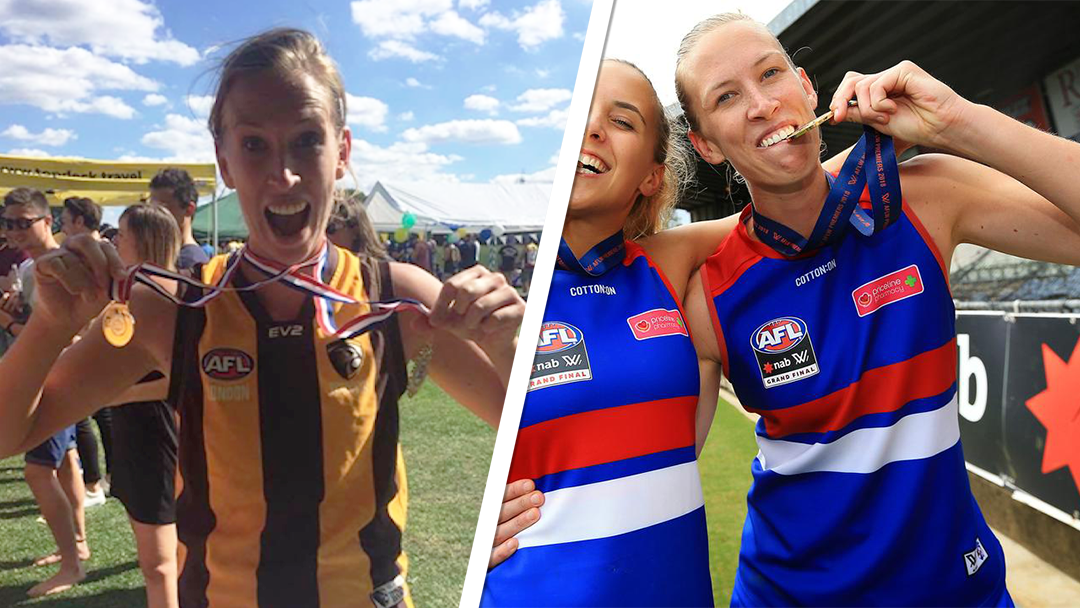 Western Bulldogs premiership defender, Lauren Spark, has announced her retirement from the AFLW.

Throughout her five years in the AFLW Spark played 28-games, perhaps highlighted by the 2018 Grand Final where she was named in the best afield as the Dogs went on to defeat Brisbane Lions by six-points. Beyond her achievements in the AFLW, which included roles in the Bulldogs’ Community Foundation and Bulldogs leadership group, Spark was a pioneer for women’s footy in London where she played for two years with the Wimbledon Hawks in the AFL London women’s competition.

Spark was a star for the Hawks contributing to Wimbledon’s undefeated run in 2016, and topped it off with a best on ground grand final performance in Wimbledon’s first premiership. Off the field, Spark inspired the next generation of footballers, co-founding the first junior AFL club to be set up in England, Clapham Cubs.

Furthermore, after being drafted into the AFLW and moving to Melbourne, Spark remained involved with her former England teammates, helping as an assistant coach for the Great Britain Swans at the 2017 International Cup, where the team finished third in their tournament debut.

The following month, we were pleased to welcome Spark as guest speaker at the AFL Europe Grand Final Lunch in London, sharing her journey into the AFLW and reflecting on her first year with the Bulldogs. We would like to wish Lauren all the best with her future endeavours and thank her for her major contributions to the growth of Australian Football in Europe.