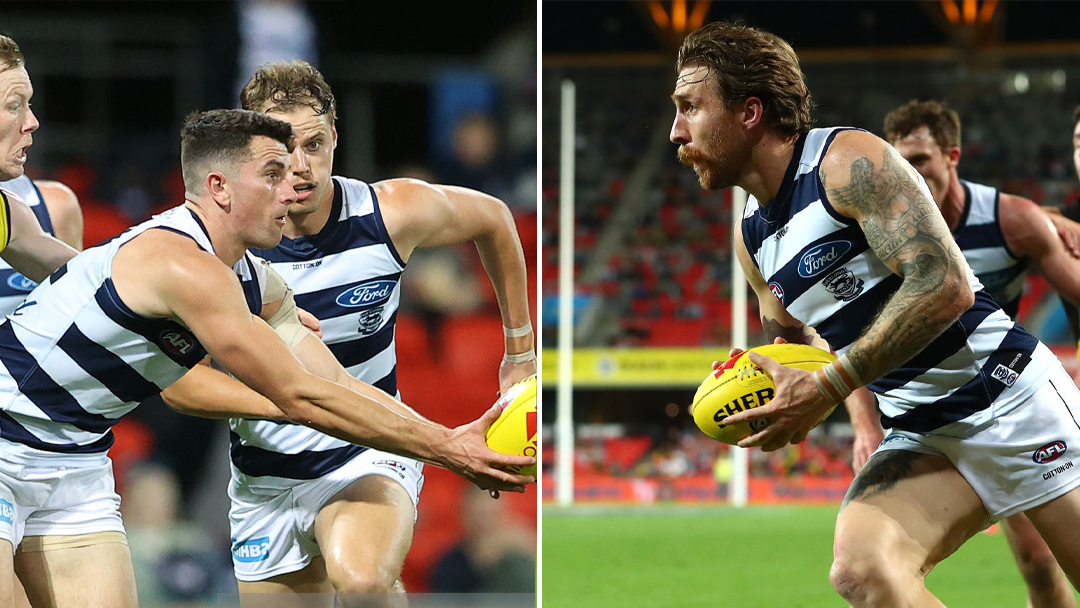 TWO of Ireland’s most exciting Australian Footballers are preparing to set foot on the AFL’s biggest stage.

Final 22 selections announced this morning has Cats Mark O’Connor and Zach Tuohy ready to become the first Irishmen to play in an AFL Grand Final since Sydney’s Tadhg Kennelly in 2006.

Whilst the feat has been more recently accomplished by an Irishwoman in the AFLW, O’Connor and Tuohy could potentially join Kennelly in becoming just the second and third Irishmen to win an AFL premiership. 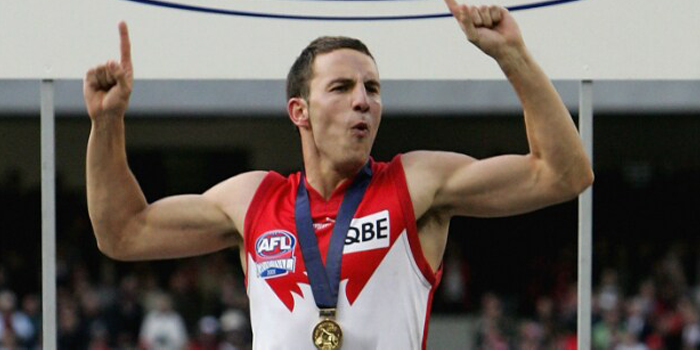 Kennelly celebrating his ’05 premiership with Sydney.

Geelong’s commanding display against the Lions last week has put the club through to the grand final for the first time since 2011.

A tightly contested first half soon turned to be all Geelong, dominating the third and fourth term kicking 7.8. to Brisbane’s 2.3 and winning by 40-points.

Playing much of a high half forward role, Tuohy was able to collect 16 touches and add a goal in the final term that stretched Geelong’s lead to 23-points.

Off the backline, O’Connor managed 13 disposals at an outstanding 85% disposal efficiency.

Post-match, Tuohy joked with commentator Luke Darcy on his pronunciation of Portlaoise as well as his family back home being able to watch the game in ‘real time’.

The Irish pair have led fantastic seasons and head into the match against the Tigers in good stead.

O’Connor’s 2020 campaign has been his best yet, including a 20 disposal game in round 4 (one short of equalling his career high) and a lockdown defensive effort against gun forward Charlie Cameron in round 6.

Tuohy, playing both up and down the ground, has managed to kick five goals across 15 games and surpassed fellow Irishman, Tadgh Kennelly, to move up into third for total career AFL games played by an Irishman.

Young O’Connor has also accomplished a milestone of his own, reaching the 50-game mark just last weekend.

Congrats to this man on playing the 2nd most games of any Irishman in the AFL tonight in his 198th game! Big Reg!!!👑

The last time the Cats and Tigers met fell on Tuohy’s 200th on September 11th, round 17.

Despite a late surge from Geelong, the Cats fell short by four goals.

The Cats may look to pay closer attention to Tigers forward Jack Riewoldt, who kicked four goals in their last meeting.

Despite this, O’Connor and Tuohy held their own and combined for 33-disposals and eleven intercepts. 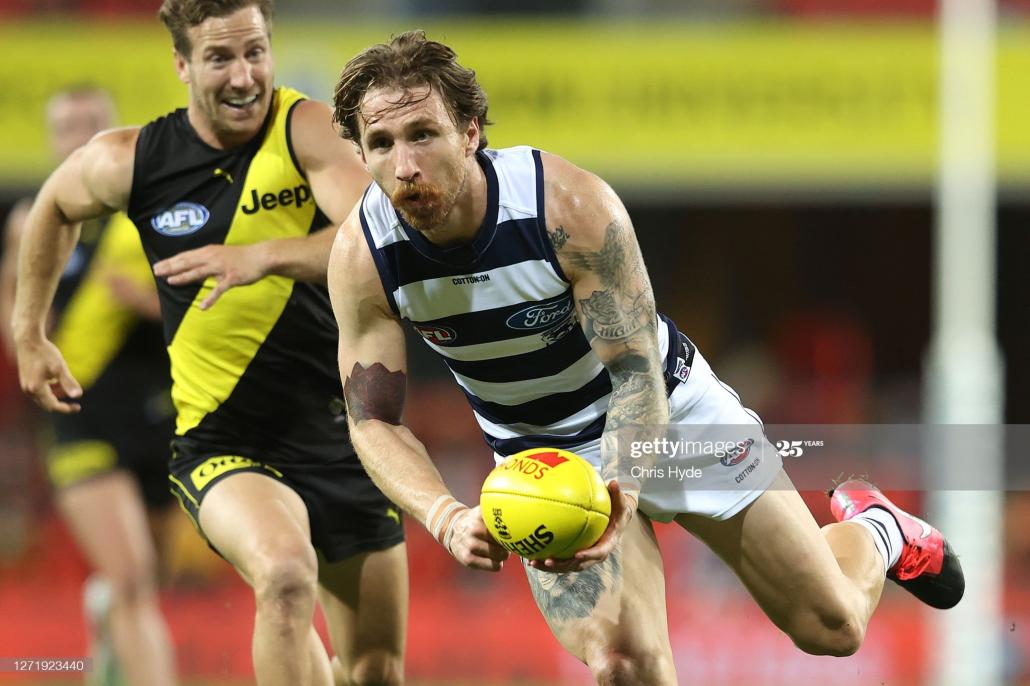 Heavily impacted by COVID-19, all Victorian teams were moved into ‘hubs’ in Queensland in early-July.

In these hubs, the AFL featured their own festival of footy, where for the first-time the league held matches played over 20 straight days.

Teams would also travel to the Northern Territory, Western Australia and South Australia for a period of usually two weeks, where they would face teams they hadn’t yet come up against.

Should Geelong win, it will be their first since 2011 and fourth in 14 years.

The Tigers however are in the hunt to go back-to-back and win their third premiership in just four years.

Good luck to both teams tomorrow and to Mark O’Connor and Zach Tuohy for your outstanding achievement.

If you’re looking for a way to watch the game at home, visit Watch AFL and purchase a ‘Grand Final Pass’.

How to watch the AFL Grand Final in Europe