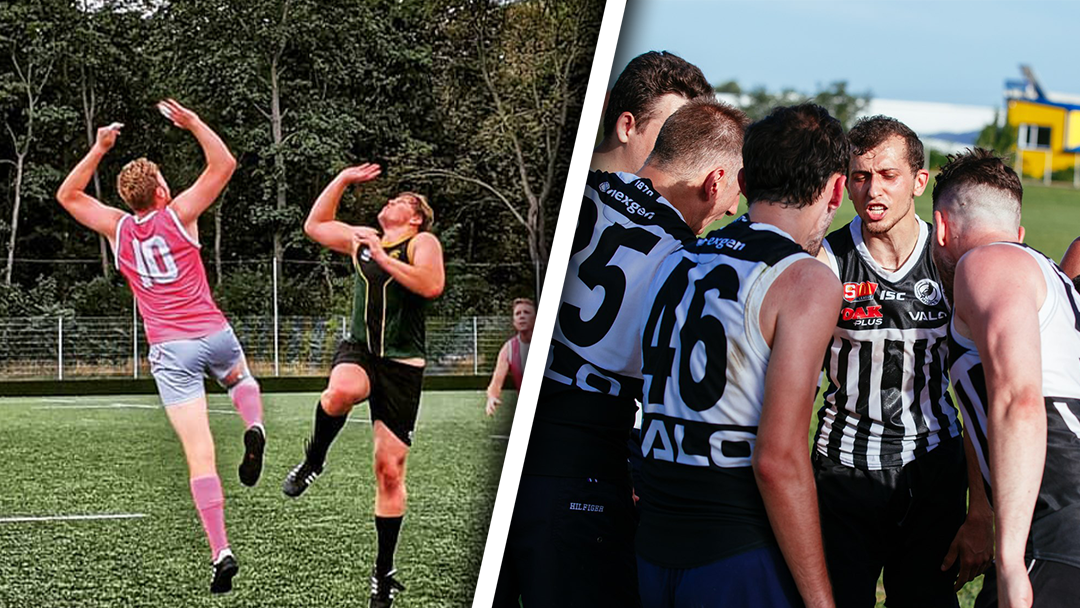 Introduced in February 2021, AFL Europe’s Quality Club Program was designed to assist local Australian Football clubs across Europe with the skills and confidence to grow and develop the sport in their region.

By completing a number of set tasks, including having at least one club representative attend each of the AFL Europe Club, Coach & Umpire Development Series’, clubs went in the running to win £500 worth of footballs from the AFL Europe Shop.

Furthermore, the Governing Bodies of AFL in Europe who could confirm that all clubs in their region met the required guidelines, would go into a draw to win £1000 worth of footballs from the AFL Europe Shop. Firstly, thank you to all clubs and Governing Bodies for participating in the program to contribute even more time and effort in developing the sport across Europe.

We look forward to growing the Quality Club Program over the coming years as well as seeing the progress it has on each club and country.

We would like to announce the AFL Europe Governing Body and local club who were drawn as the lucky winners of the 2021 Quality Club Program. Club representatives from the teams in Austria, who attended the Club, Coach & Umpire programs spoke to the benefits that each has had for their club this year.

“The Club Development Series taught me fantastic tips and tricks on how to increase brand awareness through the effective use of multiple social media platforms and the creation of engaging content,” said Izaak. R (Vienna Galahs).

“It also taught me how to use the organisation of social events and/or fundraisers to promote the awareness of our club in the local community.”

Dan. S from Styrian DownUnderDogs said: “I’ve been a part of the Coach Development Series since its inception last year, and the breadth of presenters and knowledge is outstanding and continues to improve.”

“It has provided a lot of great ideas, solid grounding and external resources (shoutout to RM Coach, CoachAFL and Prep-to-Play) that have been a welcome asset to my coaching.”

And Martin. S shared his experience with the Umpire Development Series: “The theoretical part was supplemented with a lot of good examples and the opportunity to give opinions on the game situations or to ask questions rounded off the presentations superbly.”

“The course gave our umpires a lot of useful tips and made them want to try out what they learned, in training matches.” Sofia Magpies look forward to the first AFL Bulgaria Grand Final to be held in two weeks time. The Magpies will come up against the Varna Demons and compete for the inaugural premiership.

Next season, Bulgaria welcomes a third team into the league, Burgas Hawks, who debuted earlier this year in the Festival of Football.

Congratulations once again to AFL Austria and the Sofia Magpies, and thank you to all of the dedicated club representatives and teams who are passionate in growing the sport across the continent.

Fitzpatrick Cup is back! University tournament to return in February