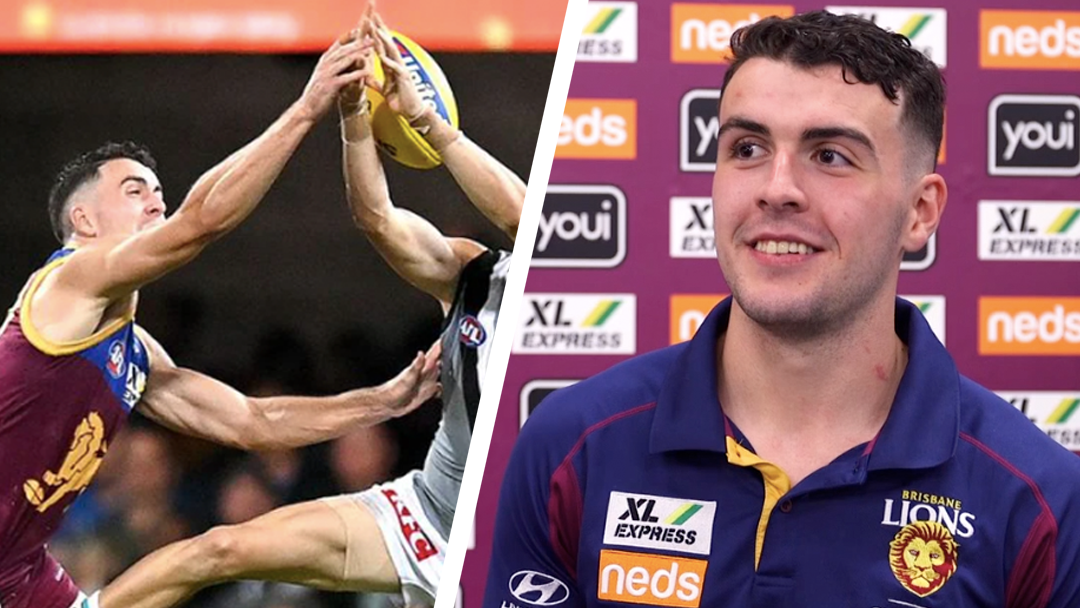 James Madden’s AFL career is off to a perfect start with the Irishman making his AFL debut in a win with the Brisbane Lions over the weekend.

Madden added some much needed pace to the Lions backline against Port Adelaide and made sure it was known through his 18 pressure acts (fourth highest for Brisbane) as well as a blistering smother in the third term.

Finishing the game with 11 touches, 4 tackles and 6 intercepts, Madden played a key role in the Lions defence that held the Power to just five goals, their lowest since round 12, 2019. When interviewed post-game, “Jimmy” was quick to praise his Lions teammates for being able to slot into the side confidently although did share there were a few nerves, up until his first touch.

“After I got a couple of touches it was kind of like a normal game of footy… there’s a lot of communication with the old boys out there which makes it much easier for us younger boys,” said Madden.

The 21-year-old from Dublin has shown great perseverance to earn his debut, having signed with the Lions almost three years ago.

It was then where Madden trialled at the AFL Europe Talent Combine and by no surprise to his fellow Dubliners or to Lions supporters, broke the combine record in the 20m sprint with a phenomenal 2.69 seconds.

At that same combine in 2017 trialling alongside Madden were fellow Irishmen and current AFL players Anton Tohill, Mark Keane and Stefan Okunbar. Lithuanian-born and talented GAA player, Deividas Uosis, moved to Ireland at the age of four and is the latest player to sign with an AFL club through the AFL Europe Talent Combine after trialling in Dublin, 2019. Uosis is in his first year of two-year deal as a Category B Rookie with Brisbane.