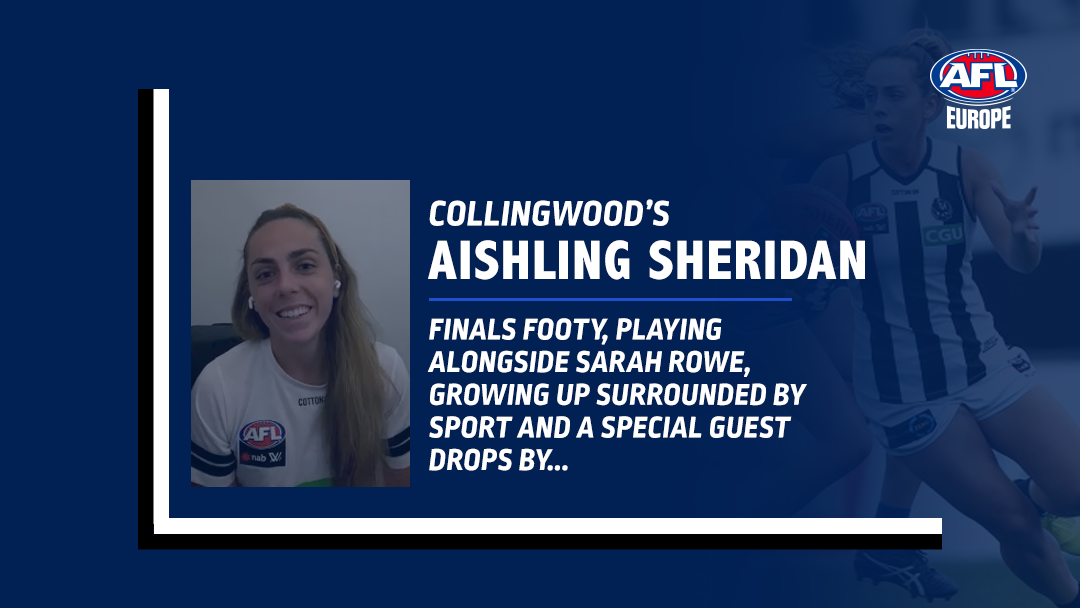 Celebrating episode ten of the podcast and the Irish Down Under series, we’re excited to be joined by Collingwood’s Aishling Sheridan just days after the Magpies’ finals victory.

Aish has starred in her second year with the Pies, finishing second at the club for goals kicked throughout the 2021 AFL Women’s season.

Aish joins Jim & Mike to chat finals footy, growing up in a sports-driven household, playing alongside fellow countrywoman Sarah Rowe and then, is joined by a surprise special guest!

0:25 – Finals footy and defeating North on the weekend.

1:14  – Aish on that viral photo, video calling her family after the win.

5:44 – Reviewing her own performance from the weekend.

6:56 – Growth and development of the Magpies over these past few years.

8:26 – Maintaining her fitness in the AFLW off-season and returning for year two in the league.

12:19 – Playing alongside Sarah Rowe and talking to Sarah’s season.

13:45 – Linking up with Sarah on-field; from college football to the AFLW.

15:10 – Using game footage to improve on her game-sense and decision making.

20:30 – Returning from injury and being credited as the AFLW’s most improved player in 2021.

21:37 – Playing alongside Aish and Sarah and what it’s like having them at the club.

22:41 – Ruby with the goss about her Irish housemates.

AFL Europe are seeking to appoint a General Manager