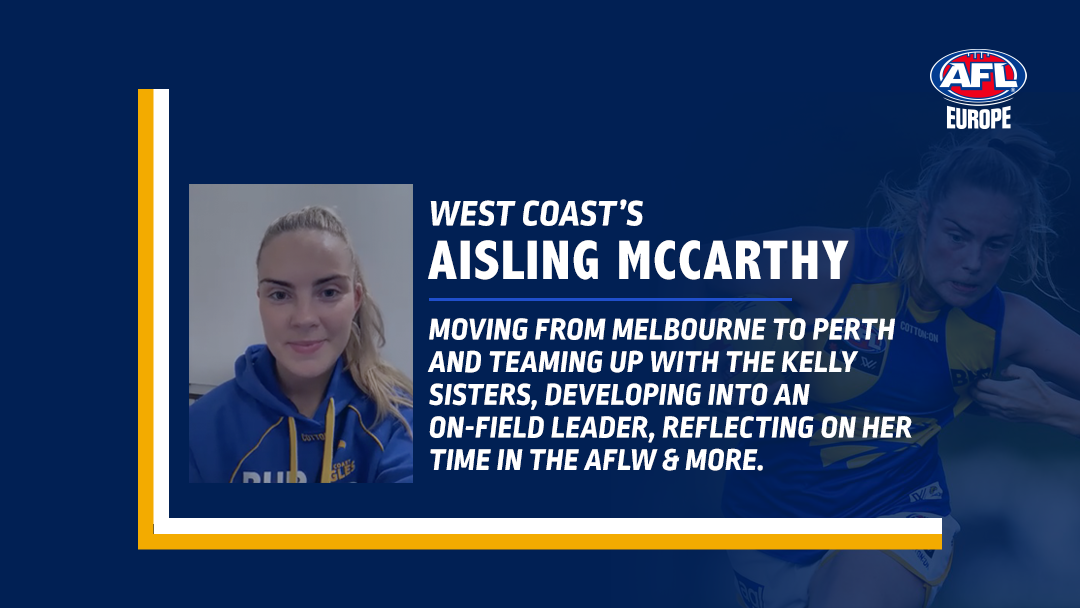 For the ninth episode of Irish Down Under we are thrilled to be joined by Aisling McCarthy from the West Coast Eagles.

The star midfielder has continued her fine form in the AFLW this season after joining the Eagles from the Western Bulldogs just last year.

Growing in skills and confidence, Aish has enjoyed her time playing on-ball for West Coast and developing into an on-field leader.

Hear from Aish as she speaks to Jim and Mike on making the move from Melbourne to Perth and teaming up with the Kelly sisters, developing into more of an on-field leader, reflecting on her years in the league and what lies ahead for her future.

2:45 – Pushing herself to become more of a leader on-field.

5:49 – Positive steps forward for the Eagles in their second season in the league.

7:58 – Living and playing alongside the Kelly sisters.

11:15 – Growing support and accessibility of the AFLW in Ireland.

Irish Down Under – Ailish Considine AFLW