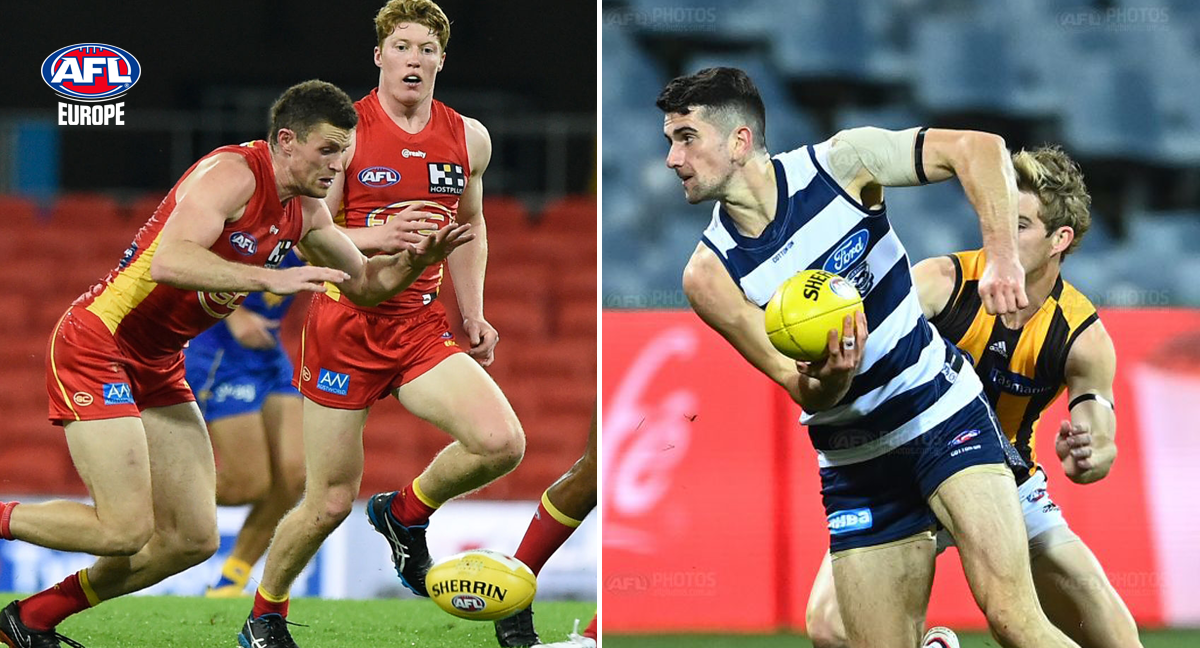 After 13 weeks of isolation boredom, fans around Australia and the world rejoiced last Thursday as they could finally hear the words they’ve been longing to hear… Footy is back!

With limited to no fans in the stands, we still weren’t completely back to normal, but that didn’t stop the players going out and putting on a fantastic display over the weekend.

Whether it was the enthralling draw between Collingwood and Richmond on Thursday night, or Melbourne and Carlton’s one point thriller at Marvel Stadium on Saturday, it was fantastic to see the competitive juices flowing once again.

The return of footy would also see our Irish players back on the park, who after a very tumultuous shutdown period showed some excellent signs for the unusual season ahead. 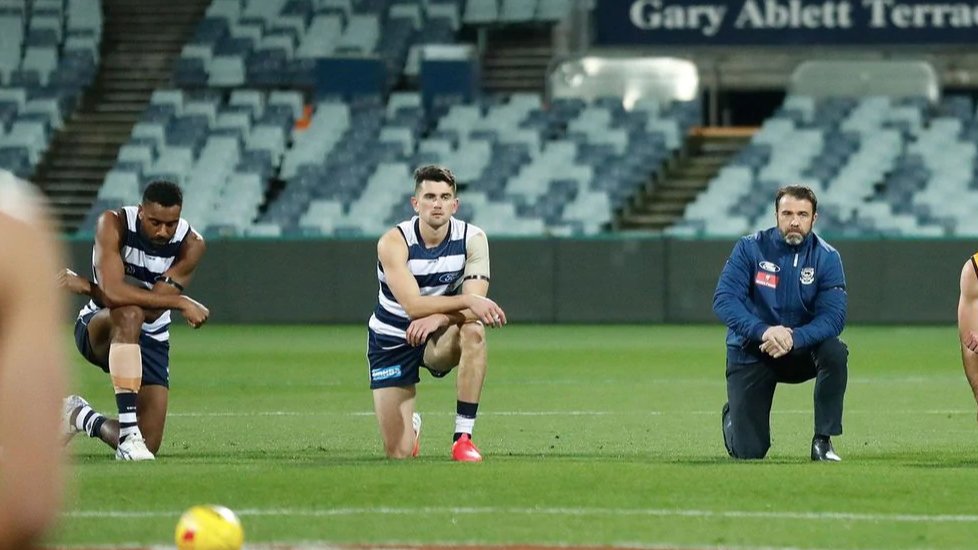 Hawthorn would make the trip down the highway to GMHBA stadium for the first time in over a decade to face a Geelong side eager to get their first win of the 2020 season.

After a rusty Thursday night match between the Magpies and Tigers, the eyes and expectations of the footy world were on the Cattery as fans hoped to see a much more polished product.

And boy did Geelong deliver.

Coming up against a talented side the Cats put the Hawks to the sword in the second half, piling on ten goals to one to put up a mammoth total of 108 and walk away with a convincing 61-point win.

Critical to Geelong’s success last year, defensive duo Mark O’Connor and Zach Tuohy picked up where they left off, both putting on solid performances in a dominant Cats back six. 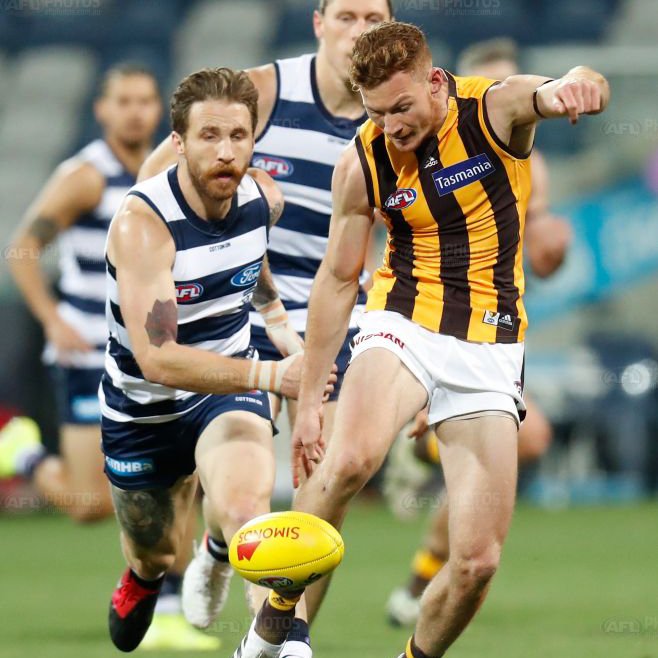 Tuohy’s run off half back was particularly impressive, as the Hawks forwards simply could not quell the Irish veterans influence as he set up a number of Geelong’s attacking movements.

His ability to work hard into space saw him pick up 17 disposals, three marks and a tackle as he consistently provided an option for Geelong’s midfielders on the outside of the contest.

O’Connor continued to prove himself as one the competitions most underrated defenders with a superb defensive performance.

Coming up against the class and experience of Chad Wingard, Luke Breust and Paul Puopolo, the Irishman gave his opponents nothing with the Hawks small forward trio combining for just one goal.

Along with his excellent shutdown work it was fantastic to see O’Connor further develop his offensive game as he looked to get more involved in the Cats ball movement and was much more confident with his skills.

O’Connor picked up 12 disposals, three marks, two tackles, and covered a total distance of 11.4km in the game (fifth highest in the match). O’Connor gets the handball off. Photo: AFL Photos.

The Gold Coast Suns restarted their season with a huge upset win against 2018 premiers West Coast at Metricon Stadium on Saturday night.

In the most unexpected result of the round, the young Suns ran rampant with the top two selections in last year’s national draft, Matt Rowell and Noah Anderson, leading the charge with big impact in the midfield.

With so much youth and exuberance surrounding the Suns, Irishman Pearce Hanley played a key role across half back, acting as one of very few experienced heads in the Gold Coast side.

His leadership was critical to the young Suns players gaining confidence and setting up their fast-paced game style as he often popped up in key moments to keep the Eagles forwards at bay. 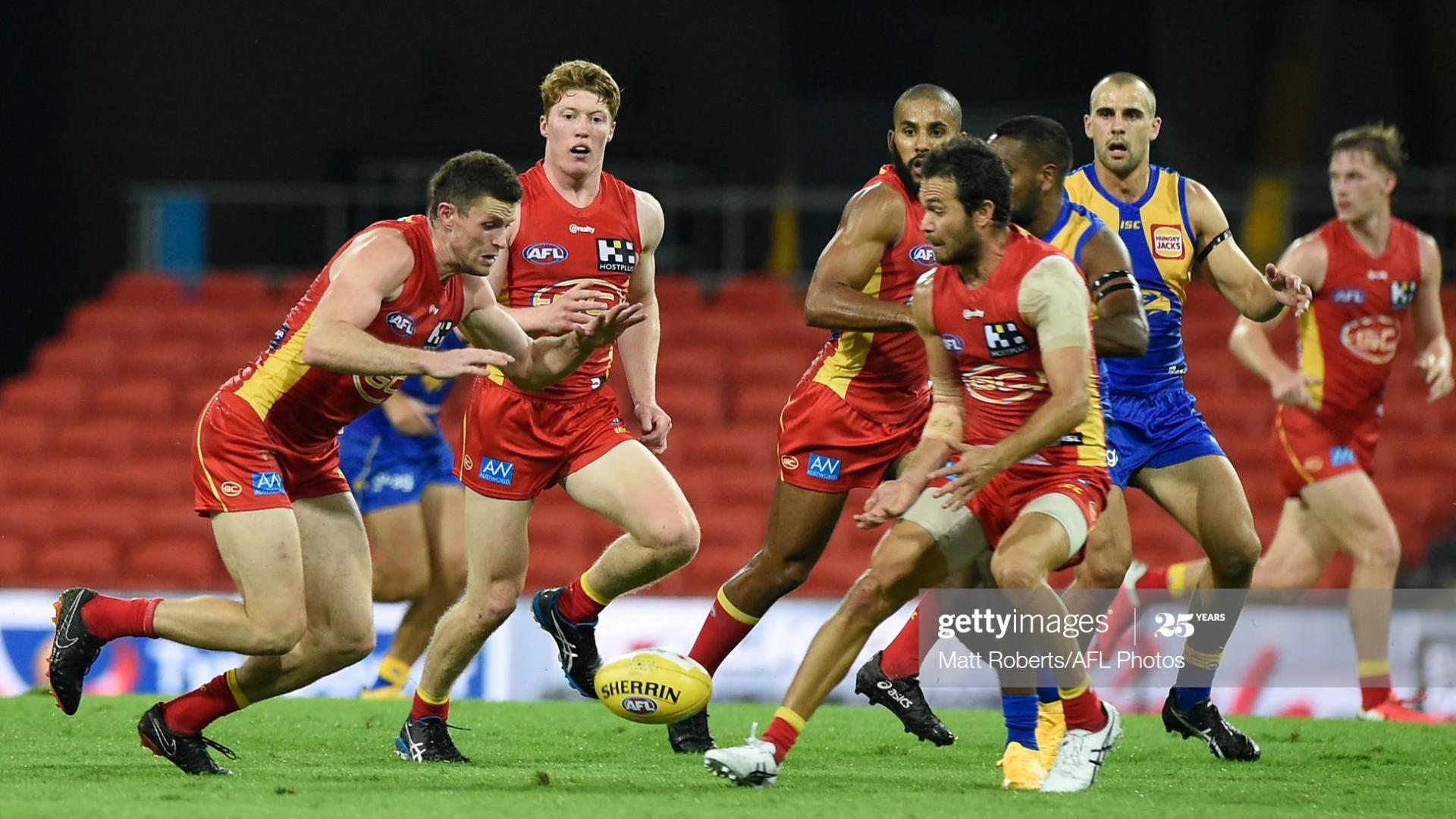 Hanley would finish the game with 12 disposals, with four across half back as he acted as an on-field coach of sorts leading the Gold Coast defence.

It was clear to see that Hanley will play a key role in the development of this side through the 2020 season and beyond.

The final Irishman to take the field this weekend was up-and-coming Sydney utility Colin O’Riordan, whose Swans experienced a narrow defeat to Essendon in an enthralling Sunday afternoon contest at the SCG.

After becoming a regular in the Swans side last year, O’Riordan will be looking to take his game to another level in 2020 and grow with his youthful and exciting Sydney team. 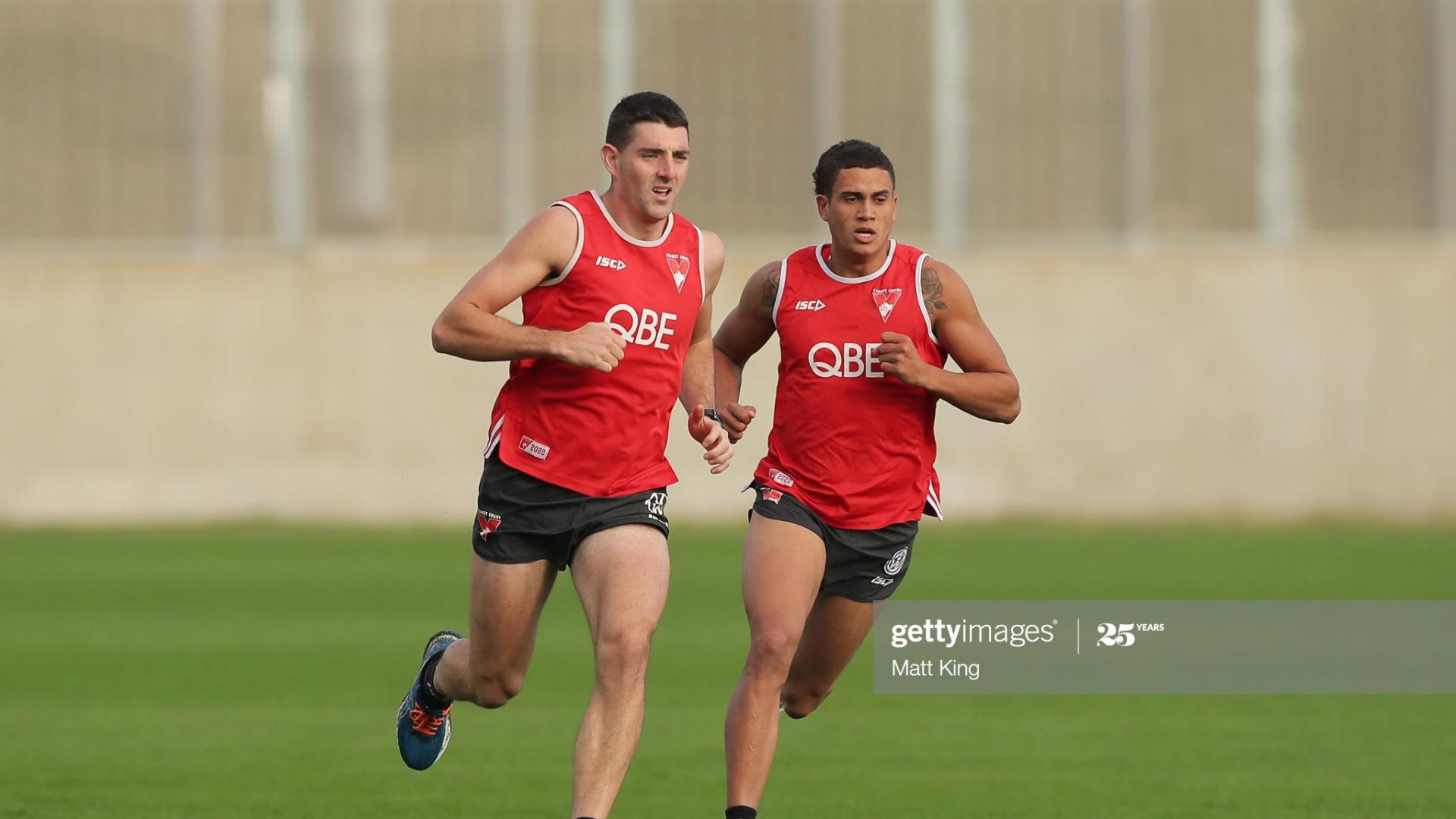 O’Riordan in the lead up to Round 2. Photo: Getty Images.

His performance on Sunday afternoon certainly proved he is well up to AFL standard as he floated across half back and impacted a number of key contests.

Complementing the likes of Dane Rampe, Jake Lloyd, Allir Allir and Callum Mills in the back six, O’Riordan’s pace and athleticism gave Sydney’s defence an extra dimension which really made life hard for Essendon’s forwards.

He would also use the ball beautifully going at 85% efficiency across his nine disposals for the day.

O’Riordan has worked hard on his defensive intent over the off-season and it was fantastic to see it rewarded on the weekend.