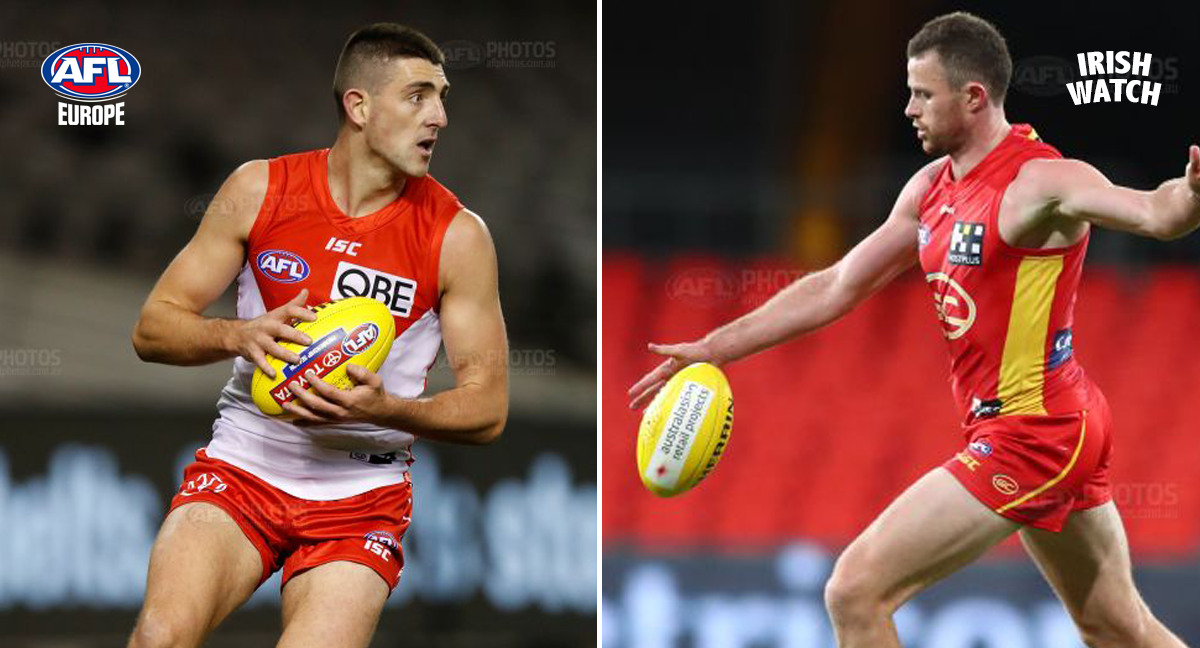 It was an exciting second round back in the AFL as a number of sides responded to poor performances last week with fantastic wins against the odds.

However, despite the quality football on display throughout the weekend, round three would be highlighted by the (initial) positive COVID test of Essendon defender and Irish Watch’s own Conor McKenna.

This development would send fear through the football world with fans, officials and players alike unsure as to whether the season could continue.

A press conference by AFL CEO Gillon McLachlan would ease these fears, with the Bombers game against Melbourne postponed and the remainder of fixtures given the all clear. McKenna has since had a follow-up test, which has now returned negative.

Saturday afternoon would see the Swans travel to Marvel Stadium to take on the undefeated Kangaroos. 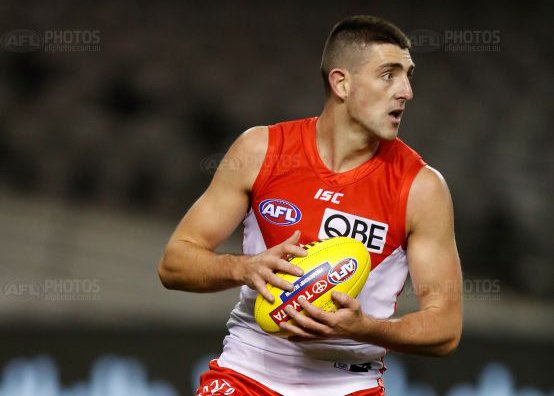 Coming in as the underdogs, Sydney’s attack on the ball and ability to pressure North would see them bounce back from a slow start and really dominate proceedings from the second quarter onwards.

Playing an inspired brand of football, Sydney showed themselves to be real finals contenders with many of their young guys stepping up to play key roles in a fantastic all-round team performance.

Further adapting to his role in the Swans defence, Colin O’Riordan continued his development with a solid performance.

Despite only having four disposals for the day, he showed great improvement with his defensive work and seemed to gel really well with the other members of Sydney’s back six. 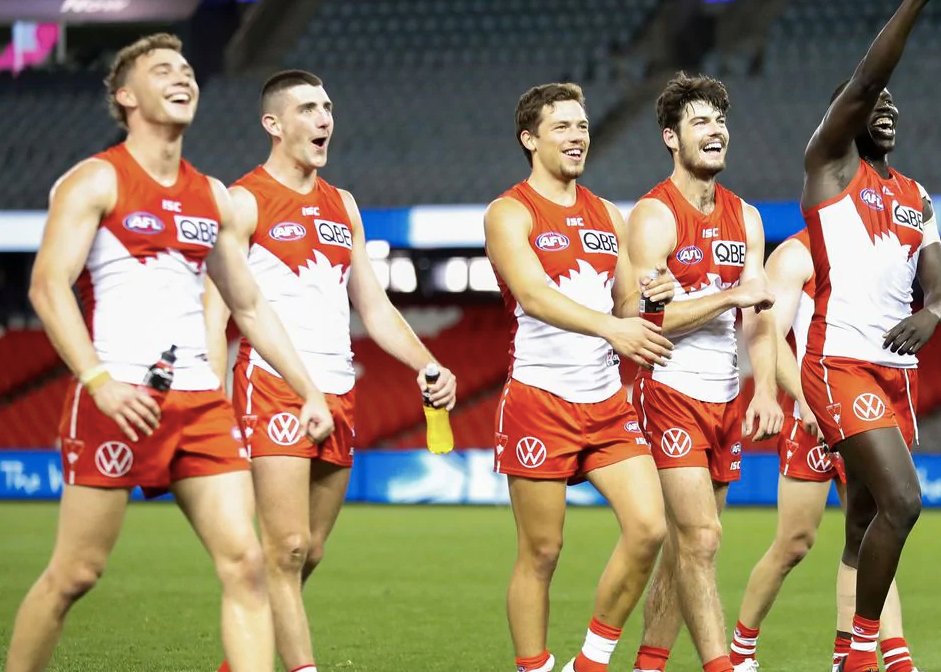 Geelong hoped to continue their momentum from last weeks dismantling of Hawthorn with another big win against the battling Blues at their GMHBA Stadium fortress.

However, in one of the upsets of the year, Carlton came out all guns blazing to lead from start to finish and narrowly escape a desperate comeback effort by the Cats to win by two points.

Although his side suffered a harsh defeat, dashing Irish defender Zach Tuohy continued his good form with a dominant performance against his former side.

Playing with great freedom, Tuohy again served as the perfect release valve for the Cats on the outside all night with his ability to run and make good decisions with the ball making him tough for the Blues to curtail.

Finishing with 19 possessions, three marks and a tackle, Tuohy showed himself to be one of Geelong’s most damaging players, with his influence crucial to the overall performance of the team. 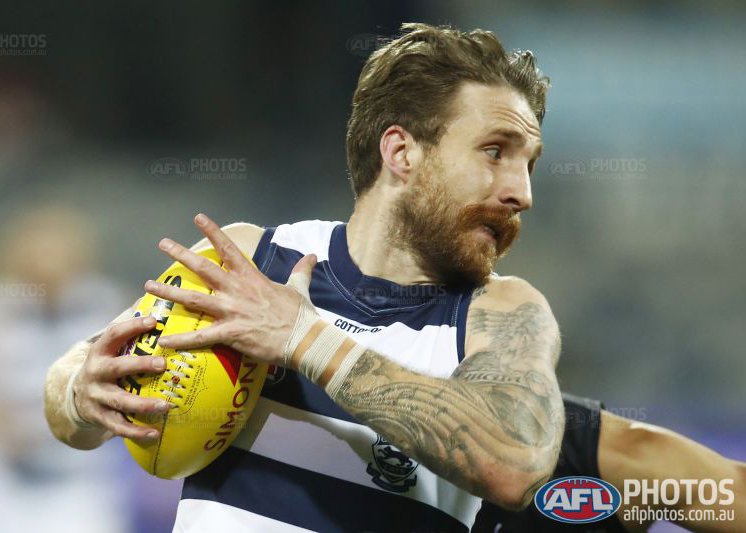 Mark O’Connor continued his steady rise into one of the game’s best small defenders with another solid performance.

O’Connor is as courageous as you’ll find, and his team first attitude was on display through all four quarters as he went about locking down his opponent and playing his role in Geelong’s team defence.

His elite running can’t be mistaken by opposition forwards, as he finished the game equal-third for distance covered with 12.6km.

Despite only picking up eight disposals and three marks, he maintained composure with ball in hand and made the right decisions going at an exceptional 75% by foot.

It was another learning experience for O’Connor who continues to grow as an AFL footballer.

The Gold Coast Suns proved last week was no flash in the pan as they put the woeful Crows to the sword in a super impressive 53 point win at Metricon Stadium.

Quickly becoming the competitions most exciting side to watch, the young Suns were on from the first bounce, making the Crows look second-rate for the majority of proceedings. 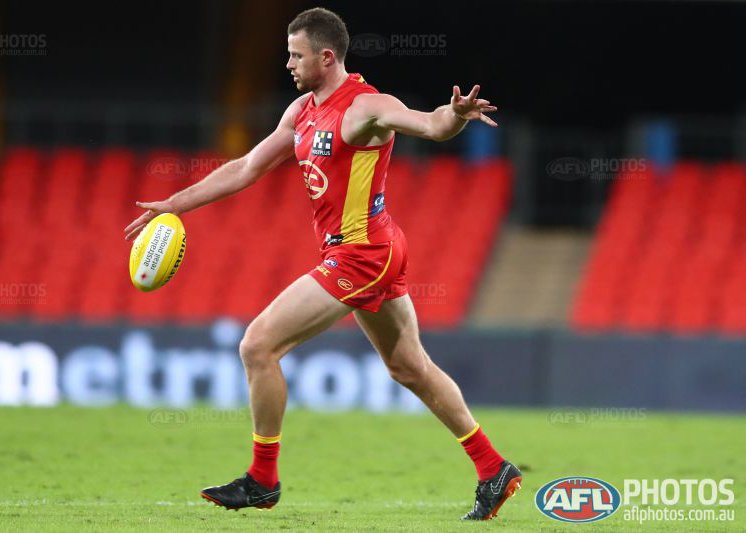 Highlighted by play of young guns like Matthew Rowell, Ben King, Ben Ainsworth and Connor Budarick, the work of Irishman Pearce Hanley can easily be overlooked.

However, in a team full of youth Hanley has been critical since the AFL’s resumption with his cool head at half back driving the Sun’s attacking ball movement.

Picking up 17 disposals, five marks and two tackles, Hanley made life extremely difficult for the Crows forwards who were often found chasing the veteran through the centre of Metricon Stadium.

Often on the end of fast and exciting chains of play, Hanley used the ball at a magnificent 88% with a kick inside 50 to the towering Ben King in the third term highlighting just how the Suns want to play their football.

Looking rejuvenated as ever, the sky is the limit for Hanley and the Suns this season who put simply, just look like they are really enjoying their football.

Race to the MCG – Week One Review
Scroll to top