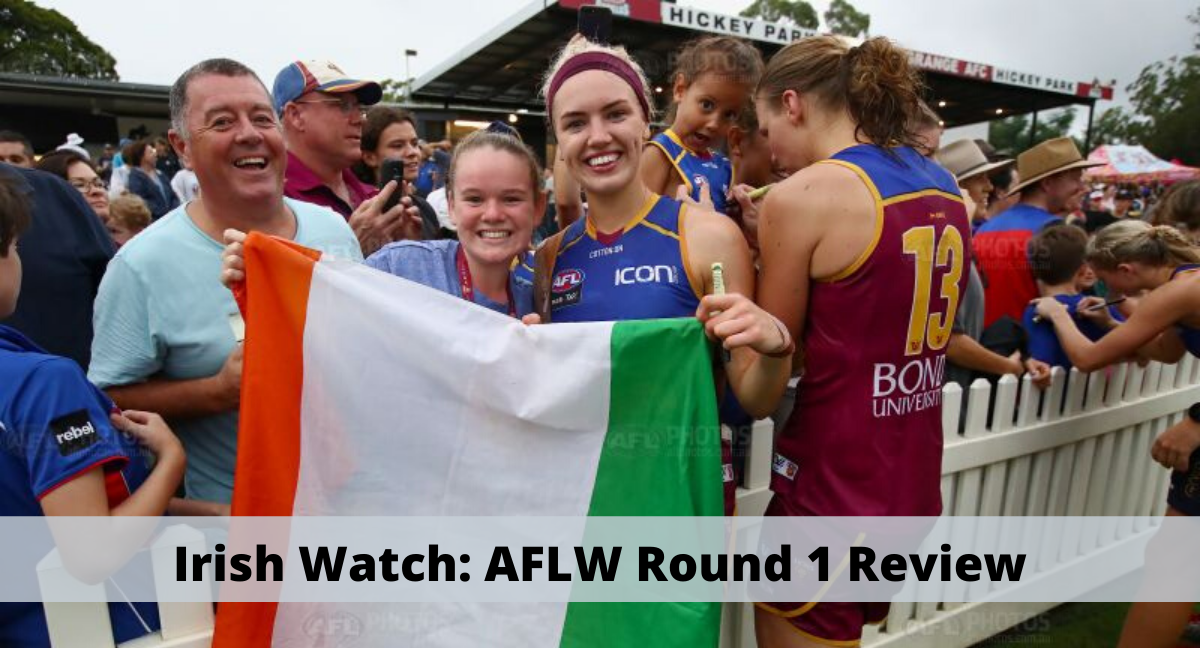 It was a monumental start to the AFLW’s fourth season with the introduction of four new club’s highlighting an exciting return to football in 2020.

St Kilda, Richmond, West Coast and Gold Coast all started their AFLW journeys with high hopes over the weekend as fans flocked to stadiums around the country to support this newly expanded version of the AFLW.  With so many storylines developing over the offseason and across round one it would be easy for the casual fan to overlook another dramatic expansion in women’s football.

This is the incredible rise in the number of Irish footballers on AFLW lists, having gone from six in 2019 to an astonishing 18 in 2020. With our Irish contingent now tripled, expect more excitement than ever before this season as we get to see some of the world’s most accomplished female athletes show their skills in our very own backyard.

So let’s take a look at how the girls faired in their respective season openers and what we have to look forward to over the coming weeks.

It would be a traditional beginning to the 2020 AFLW season as Richmond and Carlton opened a new chapter to their rivalry at Ikon Park on Friday night. With stars such as Katie Brennan, Sabrina Frederick and Monique Conti suiting up in the yellow and black, big things were expected from the Tigers as they looked to get their AFLW career off to a flying start.

However the Blues are reigning grand finalists for a reason, and despite losing some key players in the offseason showed off their excellent depth and experience to overawe the Richmond side. Fermanagh’s Joanne Doonan would be the first Irishwoman to take the field in 2020 and was very solid on debut in the Navy Blue.

Playing as a small forward, Doonan would use her speed and strength to harass the Richmond defenders and have an impact away from the stats sheet. Picking up five disposals, it was clear that Doonan became more comfortable as the game progressed with her raw athleticism giving Carlton fans plenty to get excited about moving forward. 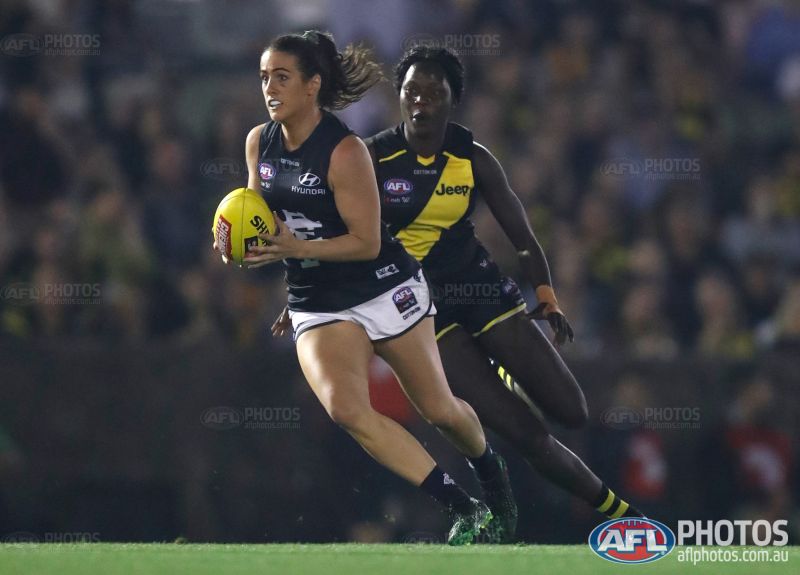 The Gold Coast Suns would begin their AFLW journey in torrential rain and gusting winds as they faced GWS at Sydney’s Blacktown International Park. Faced with 90-150mm of rain, it was certainly a match for the purists as players from both sides put their bodies on the line for all four quarters in what can only be described as a slog.

With the score tight for the duration, it would come down to that little bit of polish and experience by GWS that got over the line by the slimmest of margins. Easily the competitions most accomplished Irish player, veteran Cora Staunton showed her class on Saturday afternoon as the hard nosed midfielder was prolific through the middle of the ground for GWS. Picking up 14 disposals and 3 tackles, it was clear Staunton was a fan of the wet and wild conditions as she cracked in all day and proved herself to be one of the competitions grittiest midfielders. 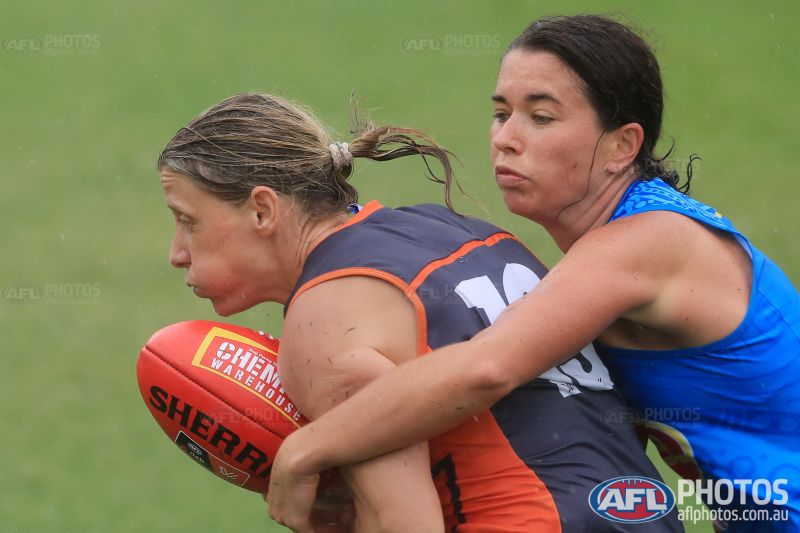 Melbourne began their fourth AFLW season in style on Saturday afternoon with a come from behind win against premiership fancies North Melbourne at Casey Fields.

Inspired by the return of skipper Daisy Pearce, the Demons never die attitude was on full display as they attacked the contest hard and were able to work their way back into the contest after falling behind by two goals early.

One of two Irish players to make her debut in the epic clash, North Melbourne’s Aileen Gilroy was superb all day as she adapted to the pace and intricacies of the game excellently to play a key role. Playing across half forward and up on the wing, Gilroy used her speed and excellent skills to set up a lot of North Melbourne’s play and impact the contest in what was a very hectic final quarter.

Finishing with 10 disposals, four marks and a tackle, it was a splendid debut for County Mayo product who will without a doubt play a key role for North moving forward.

Brisbane would open their season with a win against injury riddled reigning premiers Adelaide as they continued their perfect round one record.The Lions were dominant from start to finish at Hickey Park with the sides unsung heroes making all the difference against an Adelaide side devoid of game breakers such as Erin Phillips and Chelsea Randall.

One of the highlights of the games for Brisbane was the performance of Irish debutant Orla O’Dwyer as she provided a much needed spark for the Lions in the forward 50. Causing headaches all day for the Adelaide defenders, O’Dwyer gathered 8 disposals, one mark and one tackle with her skills and athletic ability on display for all to see.

She would also kick one of the goals of the weekend as she gathered the ball 30 metres out from goal, broke past an Adelaide player and produced a beautiful finish around the body to help extend Brisbane’s margin. 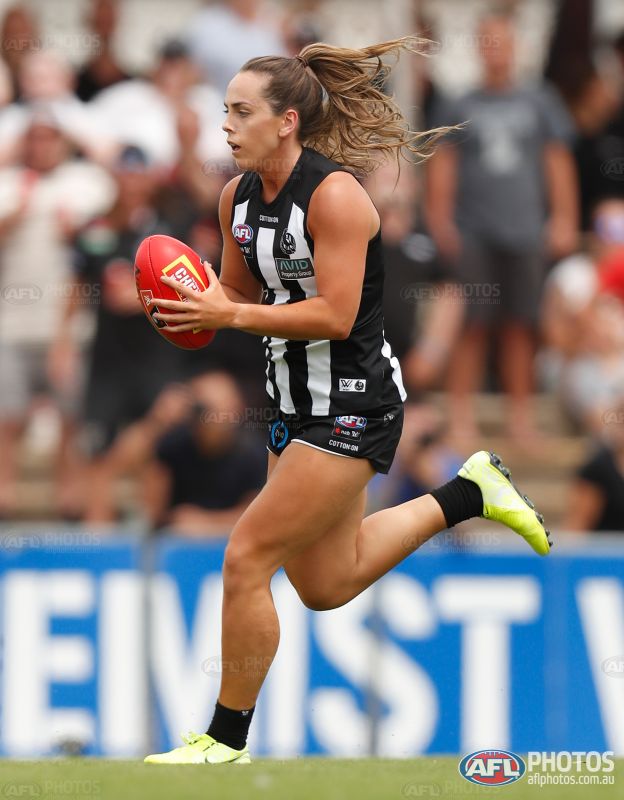 Collingwood gave West Coast a tough introduction to the AFLW on Sunday afternoon with a big win at their traditional Victoria Park home.  The pies were solid from start to finish in front of their home crowd, with Irish debutant Aishling Sheridan and second year Irishwoman Sarah Rowe both playing integral roles.

Combining inside the forward 50, the pair got into the game early with their ability to apply pressure and hit targets helping Collingwood’s attack click into gear. Gathering 9 and 8 disposals along with 3 and 2 tackles respectively, the Collingwood coaching staff will be buoyed by this duo and what they can produce as the Pies look to play finals for the first time in their history. 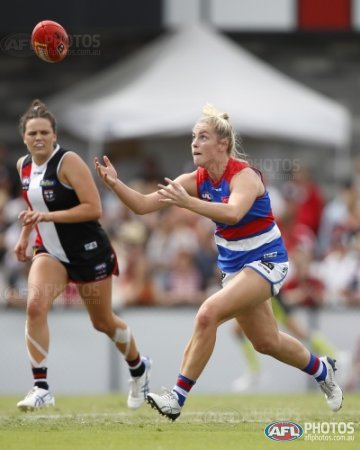 The Western Bulldogs began their 2020 campaign on a high as they spoiled the party for newcomers St Kilda at RSEA Park in Moorabbin. It was a dominant four quarter display from the Bulldogs, who despite losing some stars in the offseason looked every bit of a premiership contender.

After showing glimpses in her first season, Aisling McCarthy showed her off season improvement in what was the best performance of her short career. Moving up more towards the wing, she was able to get more involved in the Dogs ball movement and thrived with her speed and ability to break the lines.

Finishing with 13 disposals, 3 marks and 3 tackles, McCarthy proved herself to be one of her sides most valuable players and will definitely be one to watch in the following weeks.