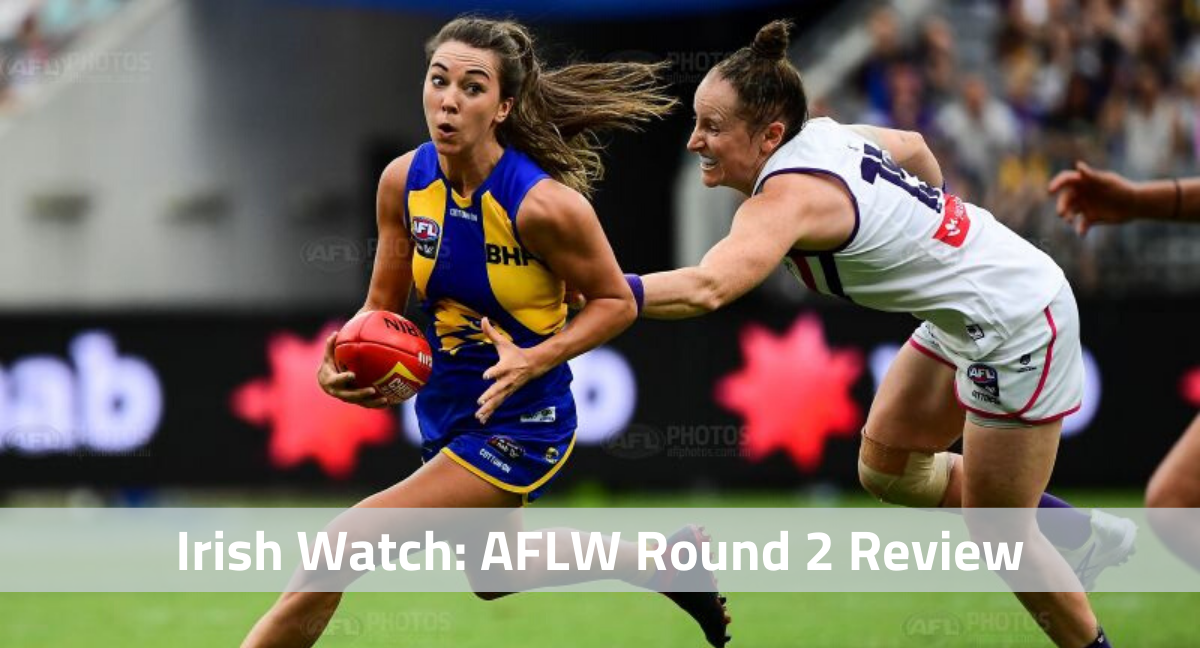 Round two of the AFLW would be one full of epic comebacks, tight finishes and incredible skill as a number of teams put themselves firmly in finals contention.

Highlighted by the first ever women’s western derby, this weekend was one for football’s oldest rivalries as Collingwood and Carlton also clashed in a battle for bragging rights.

A staggering 16 Irish girls would run onto fields around the country over the round with a number of first year players showing they are quickly adapting to the intricacies of Australian rules football.

Friday night saw football return to the Whitten Oval as the Western Bulldogs played host to the in form Demons in a replay of the first ever AFL women’s matches.

In what has developed into a fierce rivalry it was a tight contest from start to finish as both sides cracked in hard and really embraced the contest. 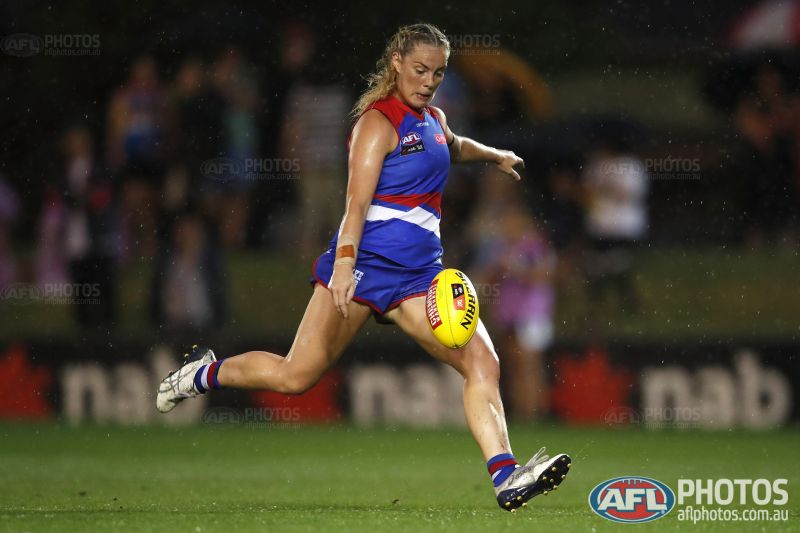 However, it’d be the class of Melbourne that allowed the game to eventually open up as they managed to get on top through the middle of the ground and torch the Bulldogs with their overlap run to claim a clinical 20 point victory.

Second year dog Aisling McCarthy backed up her outstanding performance last week with another excellent outing as she continues to come into her own in that wing/half forward role.

Picking up 15 disposals, two marks and eight tackles, it really was a complete performance from McCarthy as she looks to further develop her game and become one of the competitions most exciting players.

For the Demons, defender Sinead Goldrick showed some positive signs with her tough defensive intensity and ability to read the play critical to what was an outstanding defensive performance from the Melbourne Football Club.

Ending up with 9 disposals and 2 tackles, Goldrick showed herself to be a solid contributor for the Demons who with a 2-0 record look set for a run at this year’s finals series. 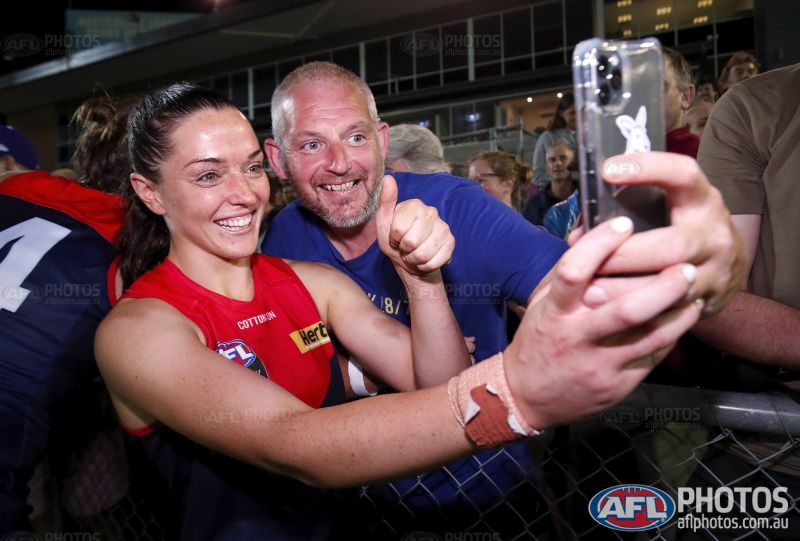 North Melbourne bounced back from their shock round one loss with an 18 point win over the inaccurate GWS Giants at their Tasmanian home of North Hobart Oval.

The Giants inability to make the most of their opportunities would prove costly on a blustery Hobart’s day, as the class of the Kangaroo’s forward line made them pay on multiple occasions.

Second gamer Aileen Gilroy provided some speed for the Roos all game as despite only having seven touches she showed great composure and was able to make things happen with ball in hand. 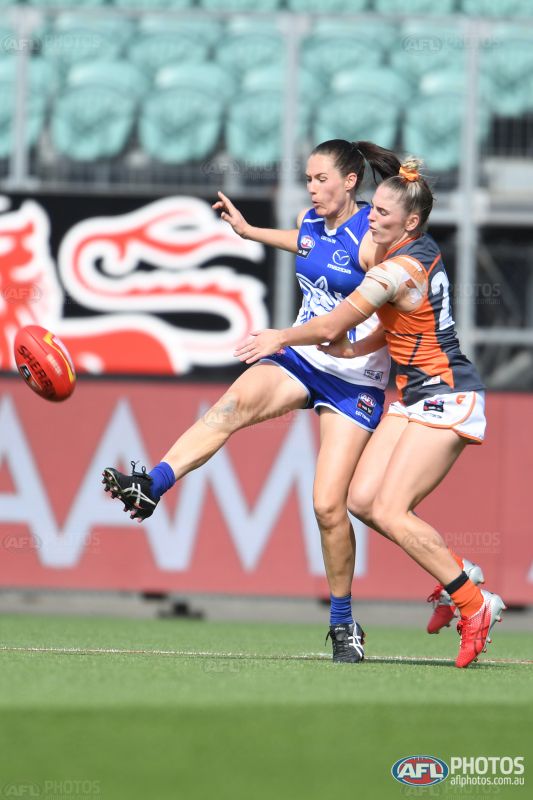 35,000 fans packed into Optus Stadium for the first ever women’s western derby on a beautiful Saturday night in Perth.

In what was a much anticipated contest, the Dockers flexed their muscles from the beginning as the inexperienced simply could not run with the in form Fremantle side.

Some much needed revenge for Fremantle who have struggled in recent Men’s derby’s, it was a sight for sore eyes for Dockers fans as they handed their old foes a 45 point battering.

Despite it being a very poor night for the Eagles, Irishwoman Niamh Kelly would give it her all from siren to siren and ended up being one of her side’s only real positives.

Playing on the wing, Kelly would pick up 13 disposals as she used her speed to get into space and try and hurt the Dockers on the counter attack.

Collingwood continued their good form with a win against bitter rivals Carlton at Ikon Park on Sunday afternoon.

The new look Pies were on from the opening bounce, with their attack on the ball and ability to spread simply too much for the struggling Blues.

Playing a very attractive brand of football, the Magpies look to be past the troubles that plagued their first three AFLW seasons and finally ready for a run at the finals. 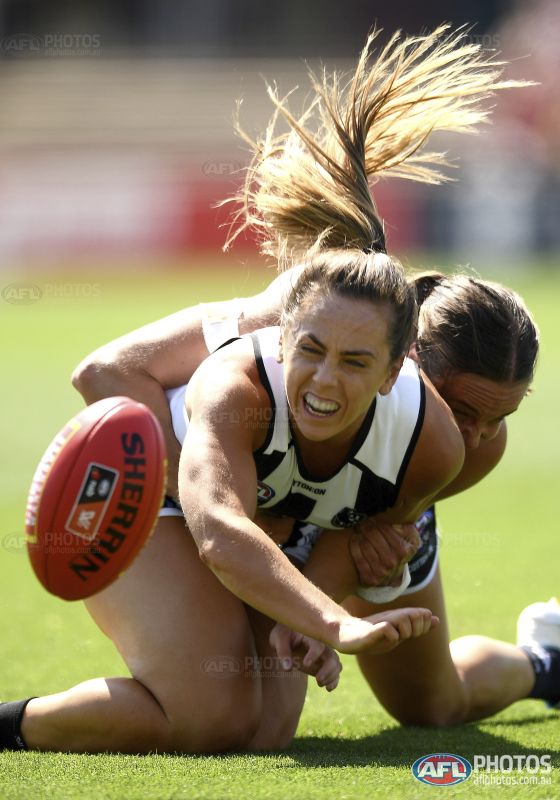 A key part to the Pies success has been the quick rise of Irish duo Sarah Rowe and Aishling Sheridan, who seem to be going from strength to strength in the midfield group.

Blessed with an ability to run and use the ball well, the pair would pick up 12 and 14 disposals respectively with both managing to get on top of their Carlton opponents with ease.

With a tougher matchup with the Dockers in Perth next weekend, the Pies will need the Irish girls at their best if they are to continued their undefeated start to 2020.

The final match of the round saw reigning premiers Adelaide take on the inexperienced Saints in a see sawing affair at Hisense Arena.

St Kilda would get the jump on the Crows with an outstanding two goals to nil first quarter, before some excellent defence and counter attack play saw them maintain their lead for the majority of the afternoon.

However, you can’t write off the quality of the Crows who even without Phillips and Randall mounted an epic last quarter comeback to storm past the Saints and run away 13 point winners. 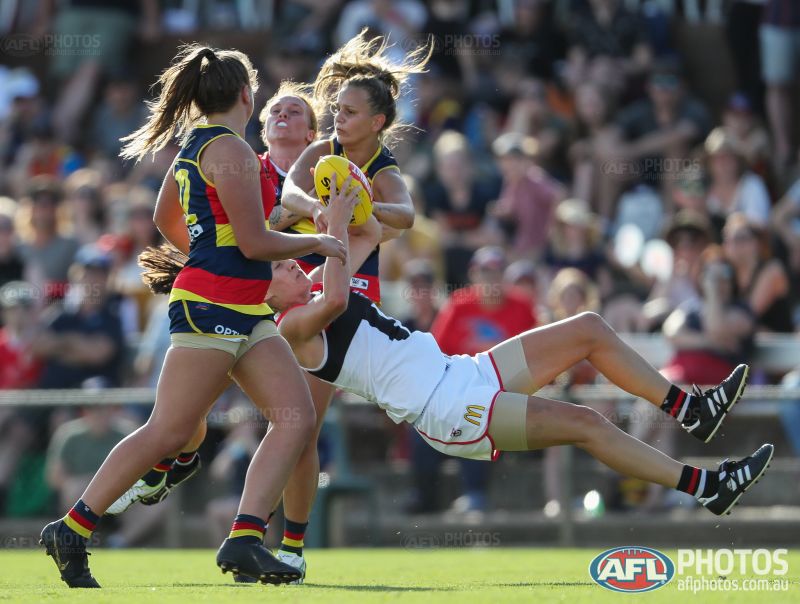 Irishwoman Clara Fitzpatrick would produce an extremely brave performance for St Kilda down back as she managed to keep the Crows dangerous forward line quiet for the majority of the afternoon.

Picking up 8 disposals and 2 marks it was a gritty game by the key defender who produced one of the highlights of the rounds as she went back with the flight in the game’s dying stages and almost pulled off one of the best marks ever seen in AFLW football.

The incident would result in the brave Irishwoman having to come off the ground with a head injury putting her in doubt for next week’s match against Melbourne.