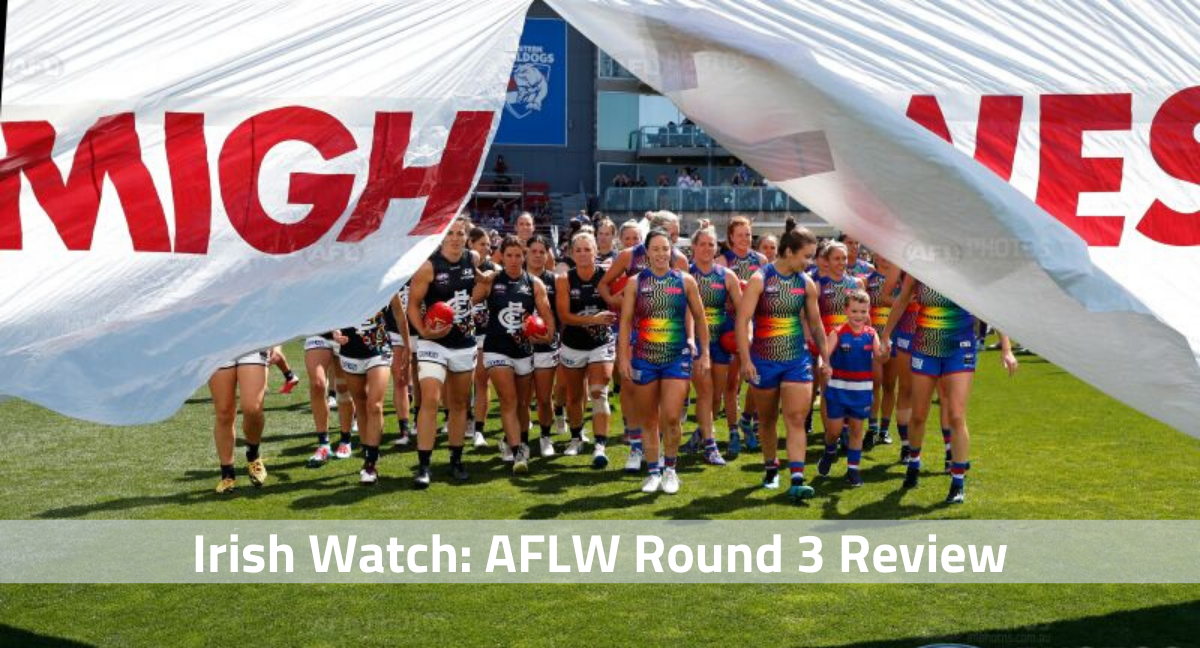 It was another action packed weekend of AFLW, as round three delivered some historic victories, high flyers and hard hits much to the delight of fans around Australia.

With both conference ladders beginning to take shape competition is continuing to heat up with the extra teams adding to the spectacle that is AFLW.

Friday night saw St Kilda claim their first ever AFLW win against Melbourne in front of their loyal home supporters at the club’s heartland of Moorabbin.

One of the form sides of the competition, many expected the Demons to take care of their business and continue their undefeated start to 2020.

However, the determination of the Saints was evident for all to see as they didn’t let Melbourne get anything on their own terms and played full of heart for all four quarters.

Although Irishwoman Clara Fitzpatrick would miss out on the momentous match due to injury, it was a historic night for the St Kilda Club and something that put a smile on the face of all football fans.

Melbourne’s Irish pair Sinead Goldrick and Niamh McEvoy would take the field on Friday night and put in spirited performances on a poor night for their team.

Having 7 disposals each, both Goldrick and McEvoy continue to look more accustomed to the game with their pressure on the opposition and ability to read the play improving every week.

Carlton bounced back from their disappointing loss to Collingwood last week with an eye catching win against the Western Bulldogs away from home at the Whitten Oval.

In a high scoring encounter, last year’s grand finalists were on from the first siren with their fluent ball movement and brutal attack on the ball overwhelming the young Dogs.

Although her team struggled all afternoon, Aisling McCarthy continued her remarkable second season rise with another prolific performance in the Bulldogs midfield.

Picking up 16 disposals, 4 marks and 2 tackles, McCarthy is quickly becoming one of the most exciting players in the competition, with her speed and football smarts a pleasure to watch. 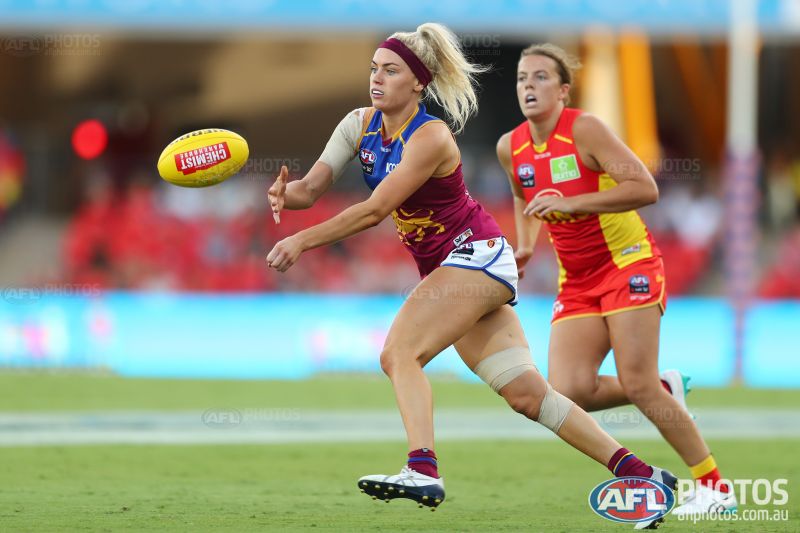 The first AFLW QClash would prove to be a game for the ages as the two Queensland sides could not split at Metricon Stadium on Saturday afternoon.

In a match that was filled with drama, both sides cracked in all day with their ferocity and work around the contest simply astounding to watch.

A see sawing contest all day long, the margin rarely ventured over a goal as fans up north were gifted a fantastic game of football.

Irishwoman Orla O’Dwyer continued the excellent start to her AFLW career with another promising performance inside the Lions forward 50.

A gifted athlete, O’Dwyer used her natural born talent to constantly stay dangerous and put pressure on the Suns defenders.

Picking up 10 disposals, O’Dwyer proved herself to be an exciting prospect for the Lions as they push towards the finals.

It was a battle of the heavyweights in Perth on Saturday night as Fremantle became the competitions only undefeated side with a win over the red hot Magpies. 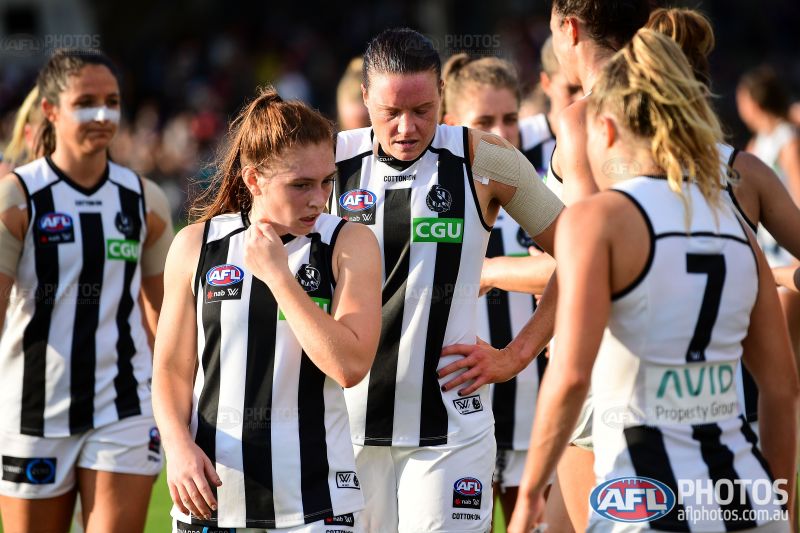 A fierce battle from the get go, it looked very much like a grand final preview in the West with the standard of football at an all time high.

A close match throughout, both sides enjoyed periods of dominance before the class of the Dockers saw them push ahead late to claim a season defining victory.

Sarah Rowe’s season continued to get better with yet another prolific performance through the midfield for the Magpies.

The second highest possession winner on the ground with 22 disposals, Rowe’s class was evident all day with her work rate and ability to hit targets critical for the Pies who hung with the Dockers all night.

GWS moved into the top three of conference A with a much needed win against cellar dwellers West Coast on Sunday afternoon at Blacktown International Sports Park.

Dominant from start to finish, the Giants bullied the young Eagles with their bigger bodies and skill level to claim a 28 point victory.

Veteran Cora Staunton embraced a move forward with her usual class and professionalism, playing a vital role in the overall success of the Giants attack.

Picking up 10 disposals, it seemed as if whenever Staunton touched the ball something positive happened for GWS as she constantly made the Eagles defenders sweat and brought her teammates into the game.

She would also put through a goal in what was a great day all around for the Giants. 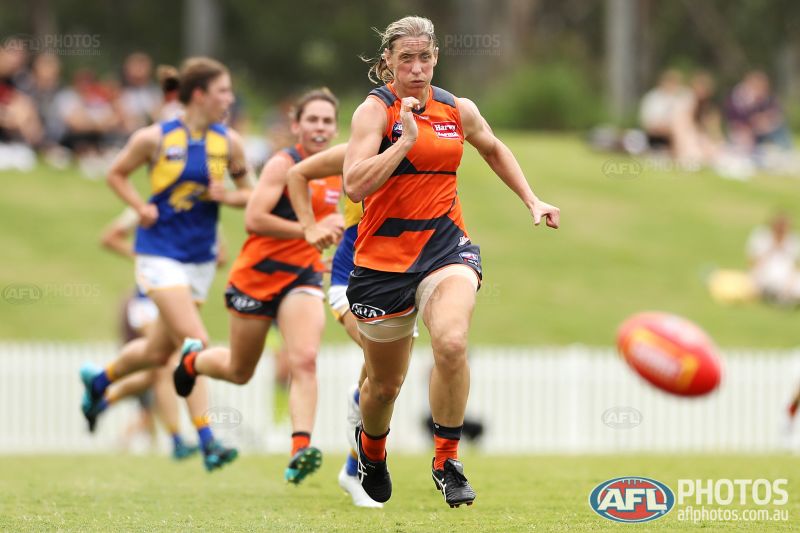