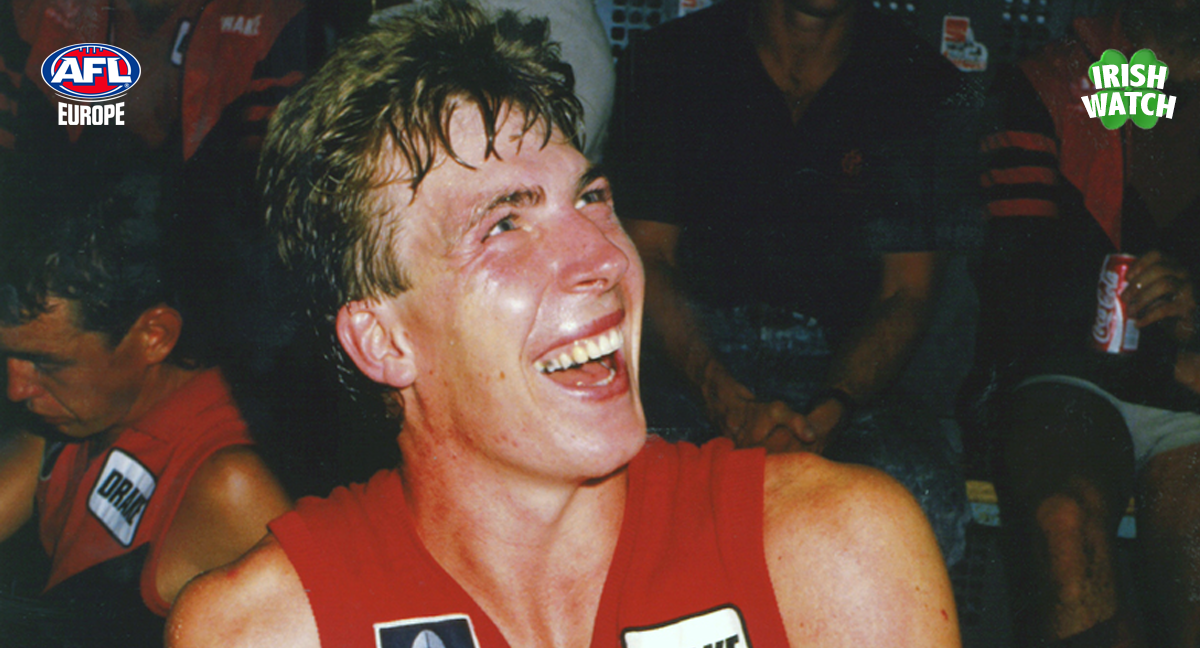 When it comes to overseas footballers, there is no bigger name than the legendary Jim Stynes.

Stynes paved the way for European players to not only come to the AFL, but to thrive and continue to grow our great game beyond Australian shores.

Hailing from the Irish capital of Dublin, Stynes began his sporting journey as a promising Gaelic footballer by representing Dublin and taking part in the sides All-Ireland Minor League Championship win in 1984.

At the tender age of 18 and with a successful Gaelic career in his sights, the athletic teenager would come across an advertisement to come and try Australian rules football in the hope of securing a scholarship to travel down under to play and study at a university in Melbourne.

This advertisement would come from the Melbourne Football Club, who’s coach, the legendary Ron Barassi, went about seeking international talent in what was known as “The Irish Experiment.”

Stynes would impress mightily at the trials and was selected along with fellow young Gaelic prospect James Fahey to come and pursue a football career in Australia. 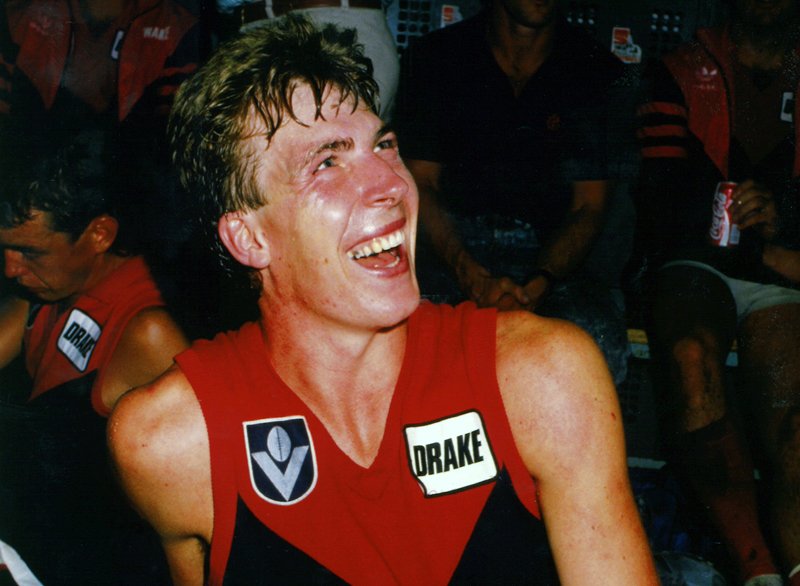 Upon arrival, it would take some time for the tall and slim Stynes to adapt to the physical nature of the Australian game, and despite coming runner up in Melbourne’s under 19 side in 1985, he struggled at senior level in his time at Prahran in the VFA.

However, the perseverance and determination of the man could not be understated as he constantly looked to better himself and pick up the intricacies of the game throughout his time in suburban football.

Eventually, the Irishman’s hard work would pay off, with his ability to put on size, increase his fitness and finesse the fine skills of the game saw him earn a VFL/AFL debut in 1987.

This would start a remarkable career for the ruckman who’s resilience and durability saw him play a then VFL/AFL record 204 consecutive games in a career that spanned from 1987 to 1998.

Stynes would rise quickly at AFL level, with his athleticism and height seeing him become one of the game’s premier ruckmen in the late 80’s and 90’s.

Stynes stature in the game was further enforced in 1991, as the Irish ruckman claimed the prestigious Brownlow Medal in just his fifth season, as sides simply could not combat is impact on the field. 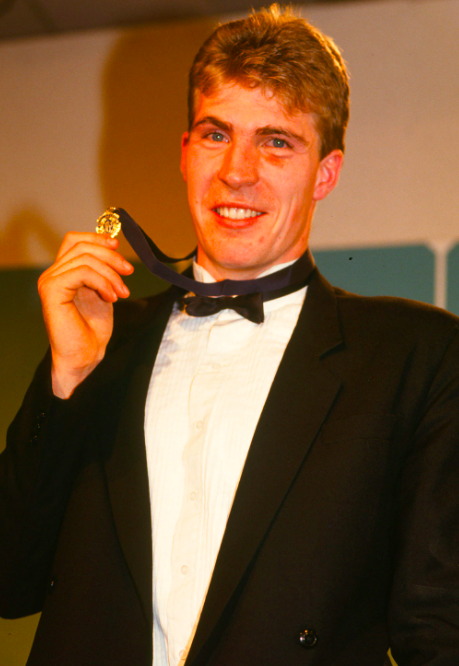 Renowned for his courage and toughness, Stynes turned into one of the games best leaders and a real staple of the Melbourne Football Club with his adoration for the Red and Blue visible for everybody to see.

This unparalleled bravery came to the fore in 1993, where in a match against North Melbourne Stynes broke his ribs in a collision with a teammate.

With doctors ruling the ruckman out for at least six weeks, Stynes simply could not sit on the sidelines, convincing then coach of the Demons, Neil Balme, to let him play with a chest guard on.

Miraculously, Stynes was cleared to play the following Friday night and was very impressive, showing his unwavering commitment to the team and the game.

Stynes would end up playing an astonishing 264-games over his 11-year career and pick up countless accolades in the process. 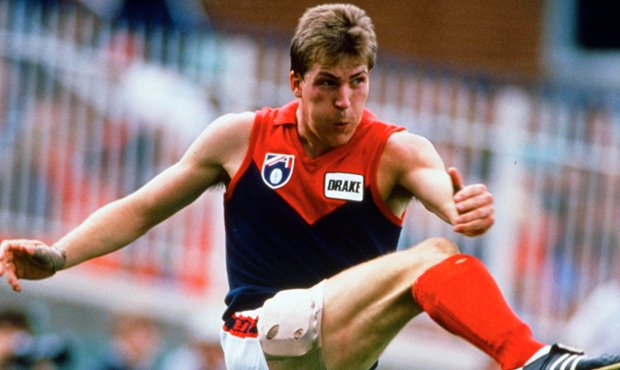 These would include tying the Melbourne FC record for best and fairest awards with four, and earning a spot in two All-Australian teams.

Retiring at the end of 1998, Stynes would end up with average career statistics of 18.9 disposals, 5.7 marks and 11.8 hit outs per outing, ranking him among the best to have played the game.

Following his retirement, the accolades would keep coming for the much loved Irishman, as he was selected in Melbourne’s team of the century and inducted into both the Melbourne Football Club and Australian Football Hall of Fame.

Away from the field, Stynes was a prominent figure in the Victorian community as he co-founded the Reach Foundation to help negate mental health issues and promote wellness for young people.

His work with Australia’s youth would see Stynes named Victorian of the Year twice (in 2001 and 2006) and awarded the Medal of the Order of Australia in 2007 for his charity work and contribution to Australian rules football. 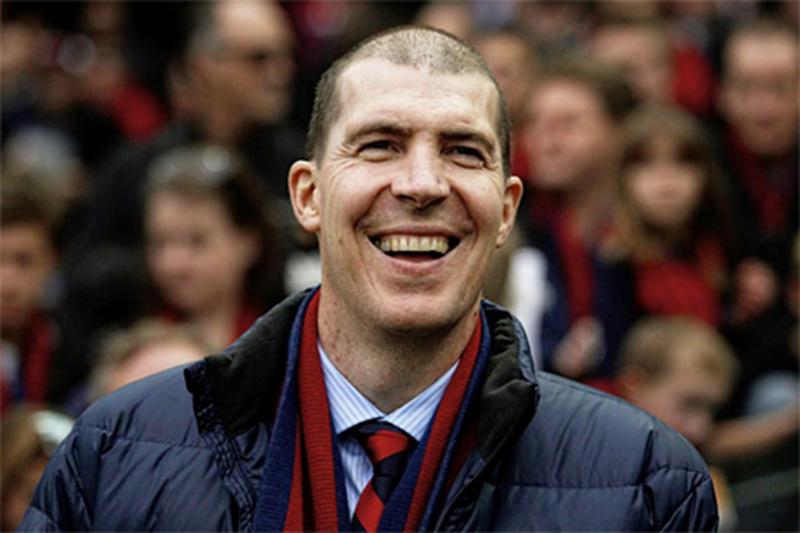 Despite his success away from the game, Stynes’ love of the Melbourne Football Club would see him return to football in a managerial capacity as chairman of the club in 2008.

In 2009, Stynes revealed in a media conference that he had developed cancer, with the news shaking the Australian public to its core.

However, despite his worsening condition, he continued to fulfil his duties as chairman of the Melbourne Football Club and went about rebuilding the organisation from the ground up.

In February 2012, he would eventually have to step down from his position at Melbourne, unfortunately passing away one month later.

The legacy of Jim Stynes is something that will live on forever, with his work both on and off the field continuing to captivate the Australian public.

Stynes’ work in the community also saw the birth of the AFL’s community leadership award, which is named in the great man’s honour and awarded to one player each year who personifies the values of Jim, committing greatly to the help of others.

A revered figure in Australian football, Stynes has paved the way for code-switchers to come over to Australia and thrive playing in the AFL.

AFL Europe’s Race to the MCG
Scroll to top