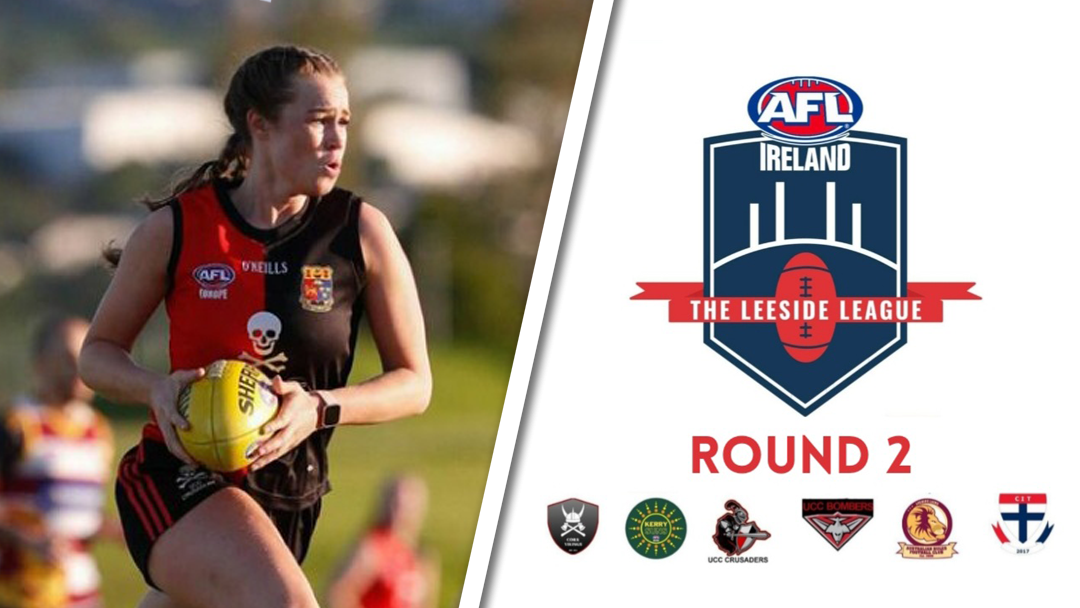 Tramore Valley Park once again played host for the second round of The Leeside League last Wednesday night. Reporter for Ireland, Stephen O’Sullivan, has compiled what went ahead in round two as three more games of fantastic footy were played in the Rebel County.

The Saints took on the Kerry Suns in the first contest of the evening. Prior to ball-up, it was the Suns that needed a victory to keep their hopes alive of lifting their maiden Leeside League title at their first attempt. It was the Saints however who came out of the traps firing, continuing their scintillating form from round one against the Bombers. Racking up nine goals in total, the Saints gained their second successive victory of the tournament by a margin of 42-points. To their credit, the Suns never gave up right until the final siren.

The Suns will have to pick themselves up for their final game this coming Wednesday. With Killarney playing host to round three, the Kerry side will have the comfort of playing on home territory and will be looking to claim their first victory.

In what was arguably the game of the round, the Vikings took on the Crusaders knowing that a victory would earn them the inaugural women’s title. The Crusaders on the other hand, knew that a win was a must in order to bring the series to the final game in Killarney next Wednesday night. Indeed it was the latter who came out on top, but only by the slimmest of margins. It was a one goal difference in the end, as the Vikings were so close to taking home this years title. Alas, the Crusaders gained the win that will ensure a great battle in Kerry next Wednesday. The Lions were looking to add to their opening round victory over the Suns in the final game of round two. The Bombers, coming off the back of an opening round defeat to the Saints, had other ideas. Only a victory would keep their hopes alive of winning this year’s Leeside League, and the Bombers did not disappoint. In what was a seesaw type of a game, the Bombers finally pulled away with a three goal victory over their Cork counterparts. The Lions will take confidence from the five goals they put on the board going into the final game against the Saints on Wednesday evening, in what will be a huge game in determining this year’s champions.

The Bombers will take on the home side, Kerry Suns, with the hope of putting up a big score in order to take out the title. A fantastic evening of footy with plenty of goals and hard hits. Round three this Wednesday is sure to be an epic one with all teams having something to play for. We will bring you the best of the action from Killarney later in the week.

For more information on The Leeside League, including leading goalkickers, head to the AFL Ireland website here.