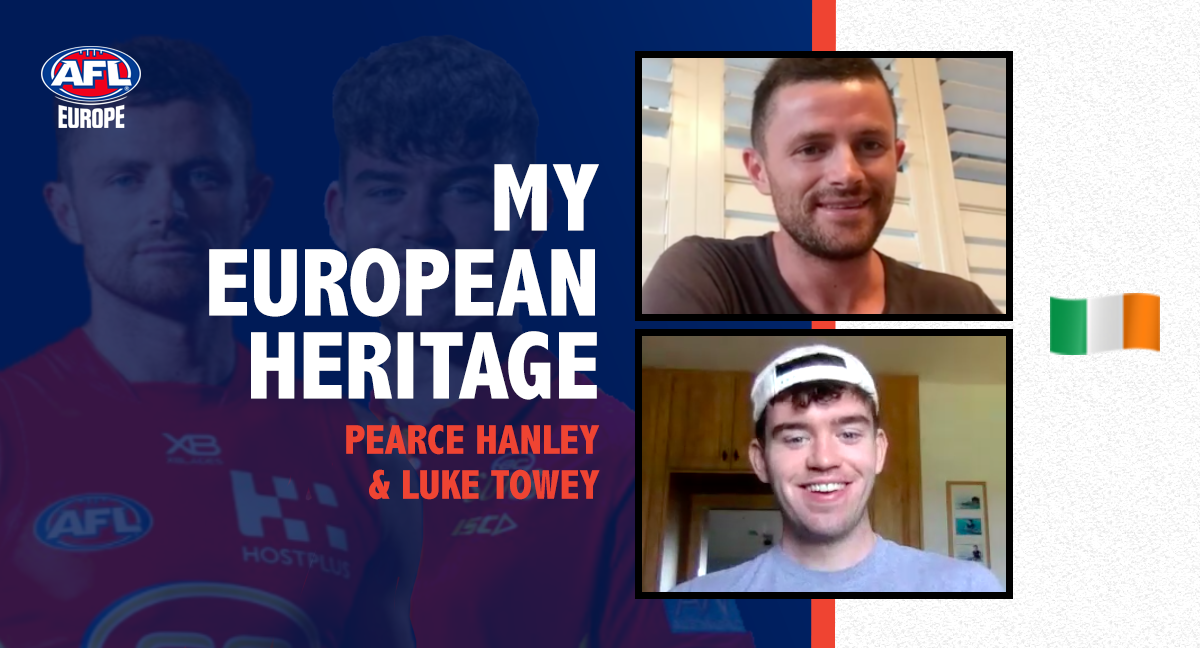 ONE has played over 150 games, the other is just getting started.

Pearce Hanley and Luke Towey are two Irishmen that have taken two very different paths to get to the Gold Coast Suns.

Whilst their paths may differ, the pair share something quite particular; the journey they have made from Ireland to Australia in pursuit of a career in the Australian Football League.

Pearce Hanley was born in England, and at a young age moved with his family to live in the west of Ireland.

Hanley grew up a talented Gaelic footballer starring for his local county, Mayo, and was fortunate enough to represent Ireland in the International Rules series against Australia. 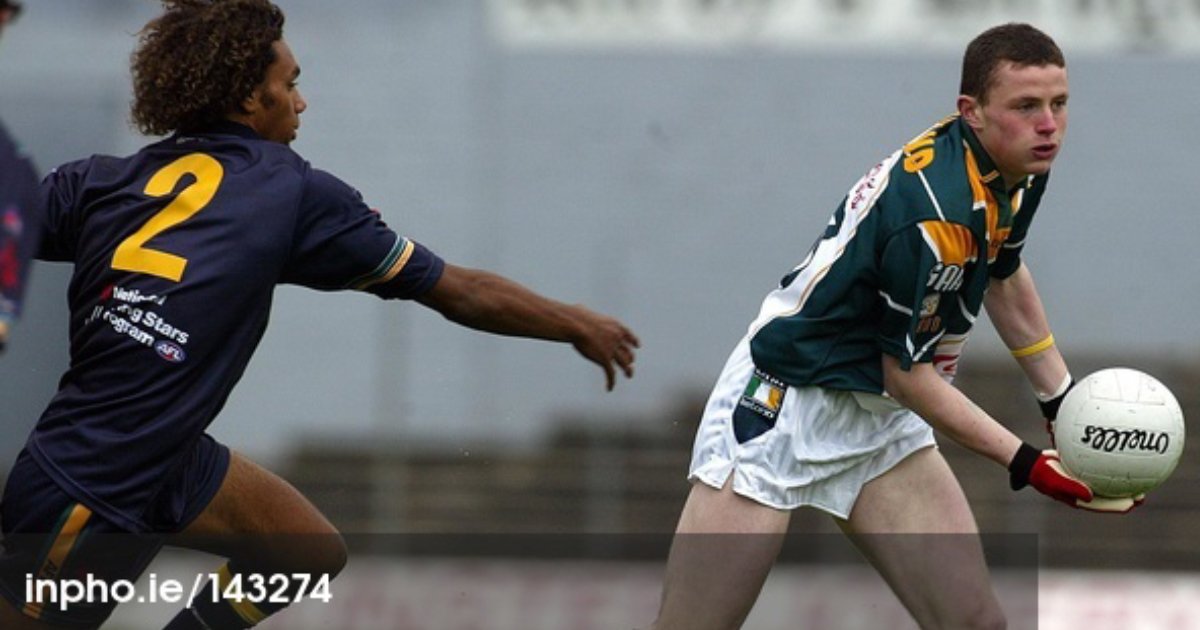 A young Hanley at the ’05 International Rules. Picture: INPHO.

Towards the end of 2007, he had officially announced his move to the Australian Football League after signing with the Brisbane Lions.

He set off to Australia knowing little about the sport, but recalls staying up some nights to watch it with his father at home.

“I was one of those people that stayed up and I think it was at like 10:30PM or 11:00PM that TG4 used to have the Aussie Rules on… it was so random, but yeah I used to stay up and watch it with my dad,” said Hanley.

“I kind of knew (about the AFL) but I didn’t think there was any pathway there… I just used to love watching it and the International Rules.

“After Tadhg Kennelly won his premiership with Sydney (2005), he became a pretty big household name in Ireland, and I think a lot of people then became aware of Australian Football.”

Hanley’s game style often reflected that of Kennelly’s, idolising his silky skills and lightning-quick pace from early on in his career. 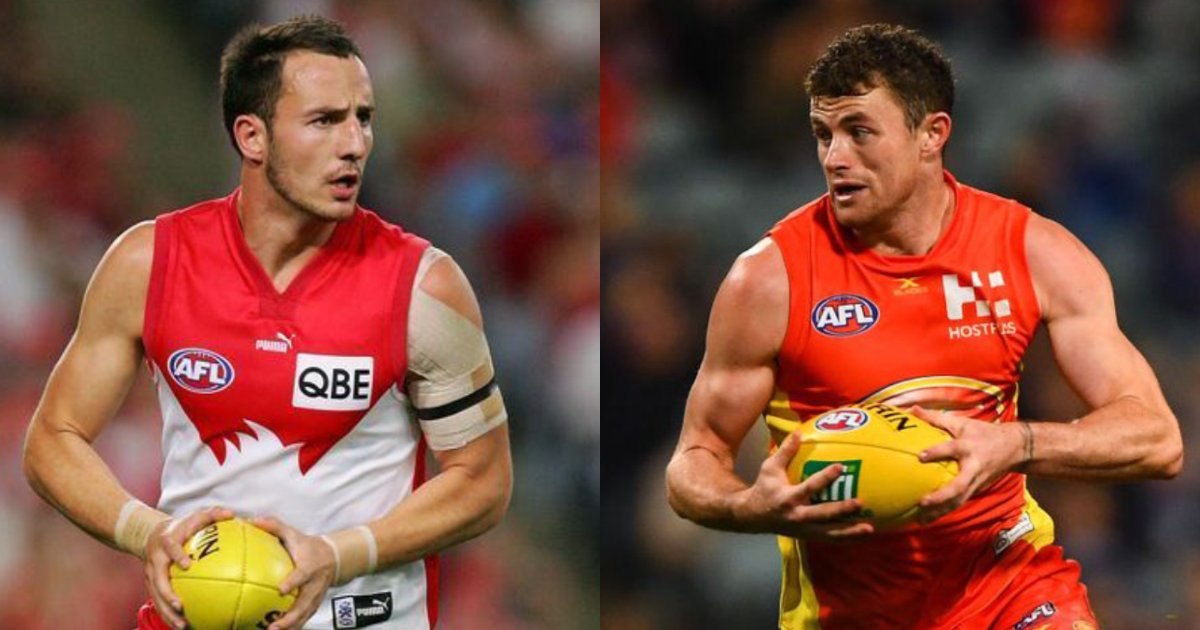 The two Irishmen have shown similar traits in the AFL.

“I used to watch his vision after every game, he was one of the best offensive half backs in the competition at the time.

“I’d get one of my coaches to give me vision of him and I used to watch where he got the ball and what he’d do with it, and I think that helped my game a lot.”

Hanley was fortunate enough to debut in his first season with the Lions, though in his second season, only managed the one game.

It was in these following seasons where he had begun to miss being at home in Ireland with his family.

“My homesickness came in my second and third year at the Lions.

“I think everyone has a bit of homesickness at the start… When I was younger, I pretty much spent the whole 8-10 weeks of off-season back home.”

In those early stages of his career, Hanley also felt plenty of challenges when on-field and at training with the Lions.

But as time went on, his skills developed, and the faith the Lions had placed in the Irishman motivated his breakout year in 2011, playing every game in that season.

Hanley has gone on to become one of the top Irish players to ever play the game, sitting behind just Jim Stynes, Tadhg Kennelly and Zach Tuohy for the most number of games played by an Irishman in the AFL.

He has also since represented Ireland in the International Rules series on multiple occasions, won two Marcus Ashcroft medals, become vice-captain for the Suns and has helped continue to pave the way for Irish players coming into the AFL.

In 2016, Hanley signed with the Gold Coast Suns, where he spent the past Australian summer training alongside fellow Irishman, Luke Towey. 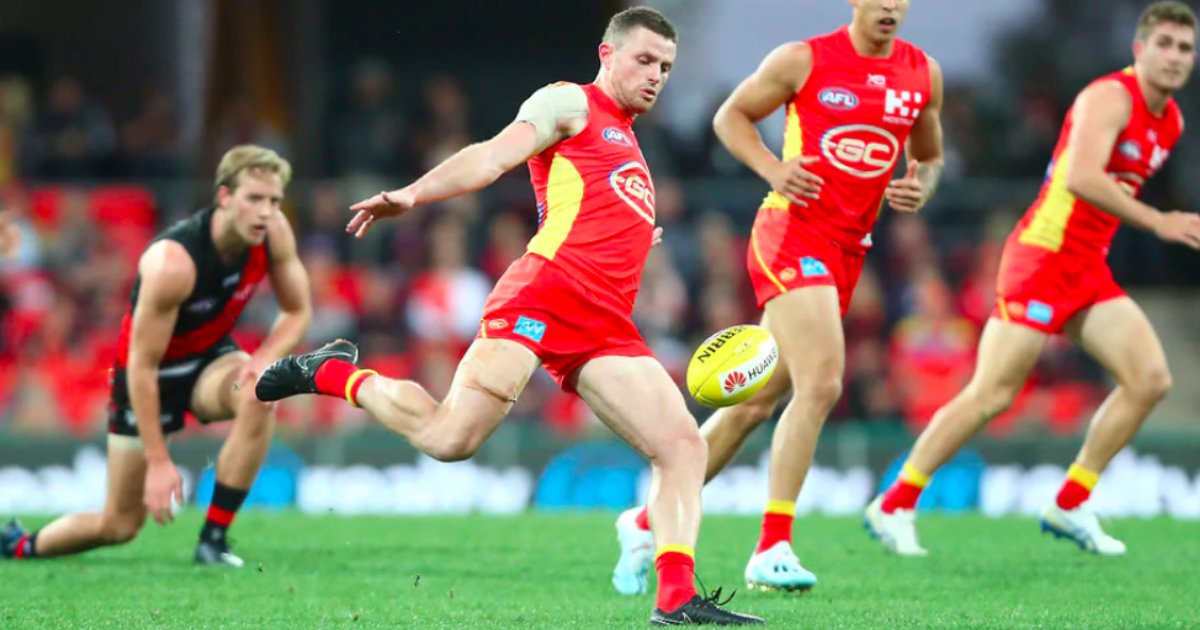 “I think he (Towey) got a rude awakening when he first came with the heat and the pre-season’s that are… but he’s taken to it really well.”

An honest Towey was quick to agree.

“The first two weeks I could barely breathe!

“But even the lads who had moved from Victoria and Western Australia were finding it difficult, which made me feel a bit better.”

Luke Towey was born in Dublin, Ireland and lived in Kildare for a short time before his family moved up north to Sligo.

Towey found his way to the Gold Coast from trialling at the 2018 AFL Europe Talent Combine in Dublin. 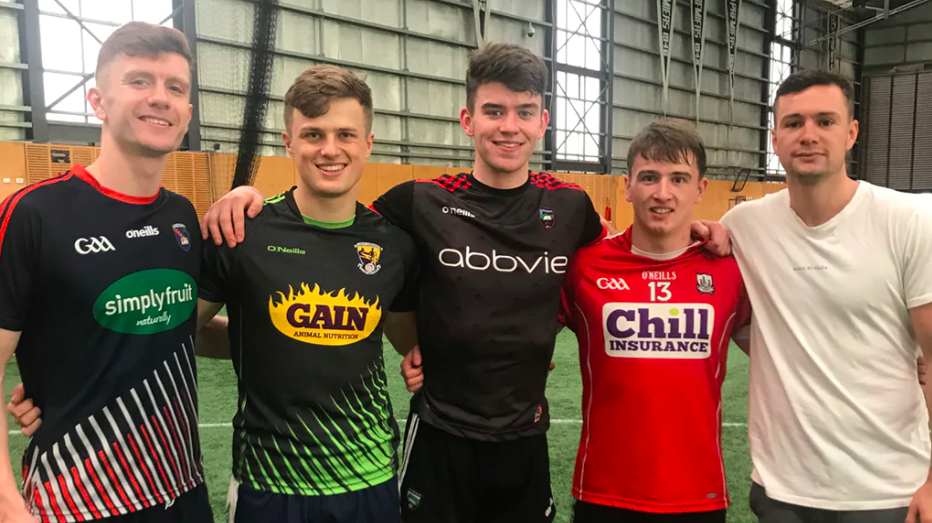 Towey (centre) at the Combine.

“I got a phone call to come along to this session in Dublin on a Friday with about 20 people,” said Towey.

“My fellow county man Red Og Murphy was there as well and he had kind of been in the process a couple of months before me which helped.

“I actually went to his house the night before and he introduced me to the ball, we were kicking it and I was useless at it.

“The next morning, I went to the session and I realised I really, really wanted to pursue a career in the AFL.”

Towey’s elite speed made him a standout amongst others at the Combine, and once he had gained a taste for the sport, he was eager for more.

“I was meant to give it back,” he laughed.

After the Combine, Towey was lucky enough to be invited along with three others to travel to Melbourne and participate in another trial.

“We trialled in front of some AFL clubs and from that, I got to have a conversation with a few of them.

“I was lucky to have Gold Coast want to fly me up north to do a trial with them, so I jumped at that without hesitation.”

Similar to Hanley, Towey hadn’t heard or seen much of the AFL before moving to Australia from Ireland.

“I knew what it was from International Rules and from Irish players being over there (Australia).

“And I maybe had watched a handful of games, but it wasn’t something I’d sit down and watch to really learn.”

This brought Towey a number of challenges after making his decision to sign with the Suns. 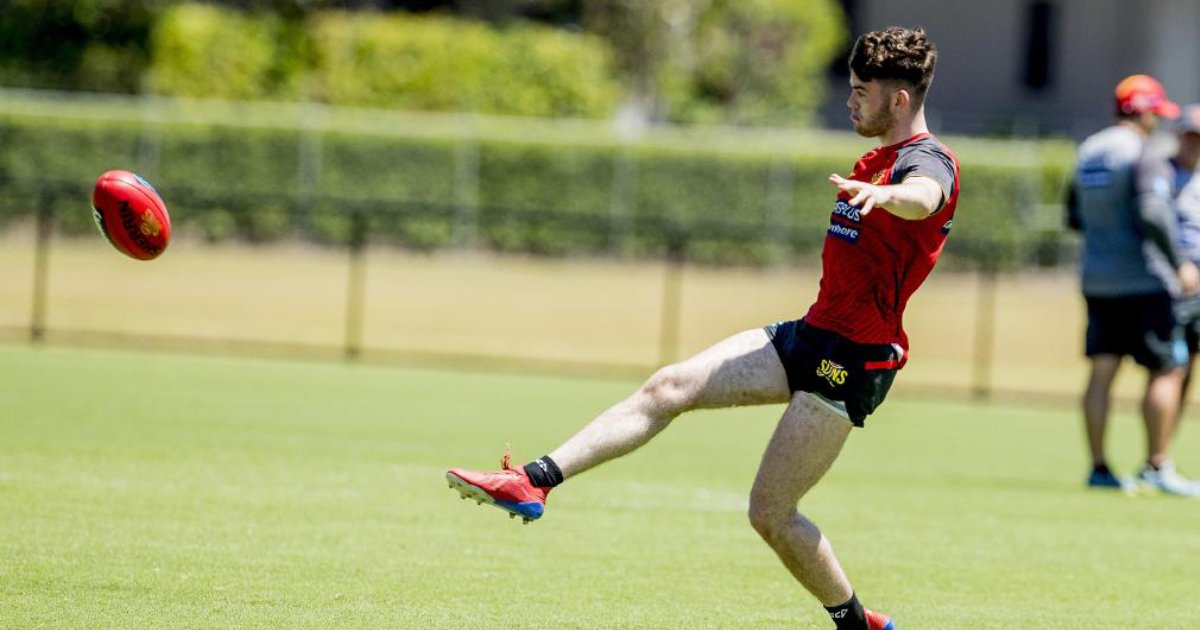 Towey in his first pre-season at the Suns.

Since starting at the Suns, Towey has worked with a number of coaches to set numerous goals he would set out to achieve.

“I sat down with a couple of the coaches before Christmas, and we set some small goals such as making myself available for every session and then also getting through as many of the sessions as possible.

“The more training sessions I was doing, the more time I was getting to practice my skills, and the quicker I’d develop.”

He has also often sat down with teammate Pearce Hanley, who helped him refine his skills through watching tape and match footage.

“He’s been helping me loads, it’s obviously been great to have someone there that has done what I want to do.

“He’s had an amazing career over the 13 years… and he’s been brilliant in helping me with my skills.”

Check out how @luketowey has been keeping busy back home Ireland! Brought to you by @covermore.

Whilst his initial goals have been put on hold, Towey has been working hard in Ireland to keep fit, in hope of getting back to the Gold Coast after the AFL’s recent announcement on a return date for the 2020 season.

It’s understood the AFLPA and Gold Coast Suns are currently working with the Australian government to get him back to Australia as soon as possible.

For other Irish or European players wanting to take a similar path as Towey’s into the AFL, his advice is to keep working hard.

“If you keep training hard and become solely focused on trying to get better and better, I think then everything else will come and fall into place.

“I’d encourage you to try and watch (AFL) games to try and pick up the skills, I feel that has really helped me.”

Season start getting close for Redlegs in Croatia
Scroll to top