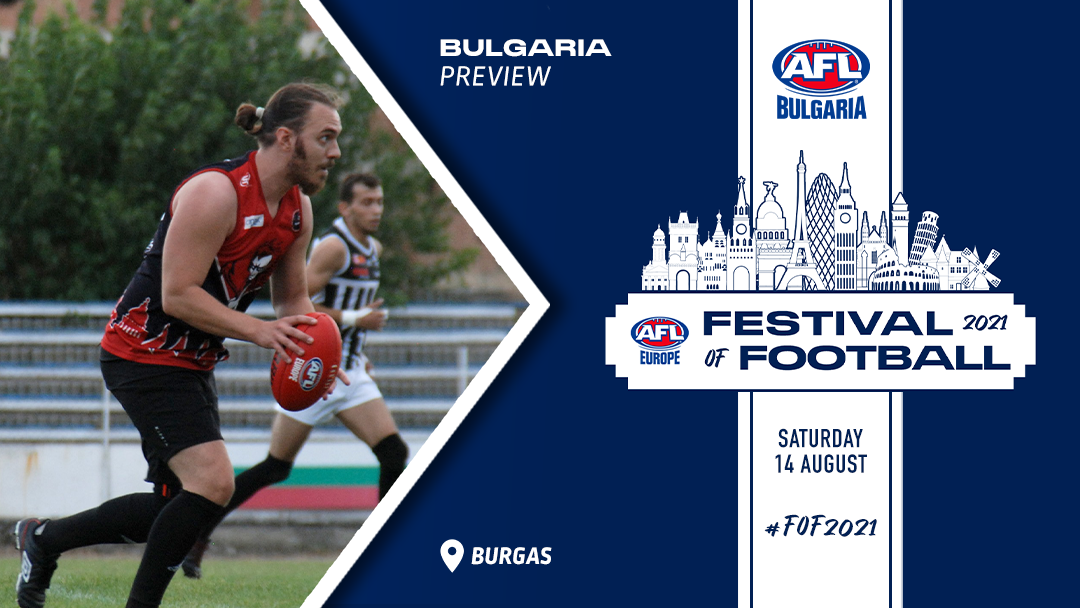 History was made in last year’s AFL Europe Festival of Football for Bulgaria as they introduced the Varna Demons as their second Australian Football team in the country.

The debut of the Demons, playing against the Sofia Magpies, also marked the first-ever all-Bulgarian footy match.

This year, AFL Bulgaria are excited to welcome another new side, as the Demons head down the coast to compete against the Burgas Hawks, located in the east of the country. The game will be played in Burgas to increase awareness of the sport in the city and to give the Hawks a flying start before hopefully competing in the AFL Bulgaria league next year.

The league, which is in its first year of running, is currently two rounds through and is played between the Demons and Magpies.

The Magpies claimed their first-ever victory in last year’s Festival of Football and continued their winning ways in round one, defeating the Demons by 12-points.

It was a different story in round two, as the Demons became the first side in Bulgaria to surpass 100-points in a game and went on to beat Sofia by five goals. Atanas Kirachin from AFL Bulgaria is glad to see all of the hard work finally pay off and launch their third club this weekend.

“It’s really impressive how we’ve managed to get a third team on its feet in just four years,” said Kirachin.

“This game will be a celebration of our hard work. Burgas has been on the cards ever since we started our first taster sessions in the country back in 2018.”

The Hawks will be up for the fight tomorrow and striving for their dream debut but face an improving Demons side, who will be eager to continue their winning momentum. “The Demons showed a very strong performance in our last league game and I think just might be too good for the Hawks,” said Kirachin.

“However, they might also look to do some experiments in the game and move players around in different positions, so the hosts still have their chances here.”

After the Festival of Football, AFL Bulgaria will play out the final two rounds of their inaugural season, with one game in Sofia and one in Varna. Should the season end in a draw between the two sides, they will play a fifth and final round at a neutral venue. Perhaps in Burgas?

More information on the Festival of Football in Bulgaria can be found on AFL Bulgaria’s Facebook event here.

AFL Switzerland to make their Festival of Football debut on Saturday