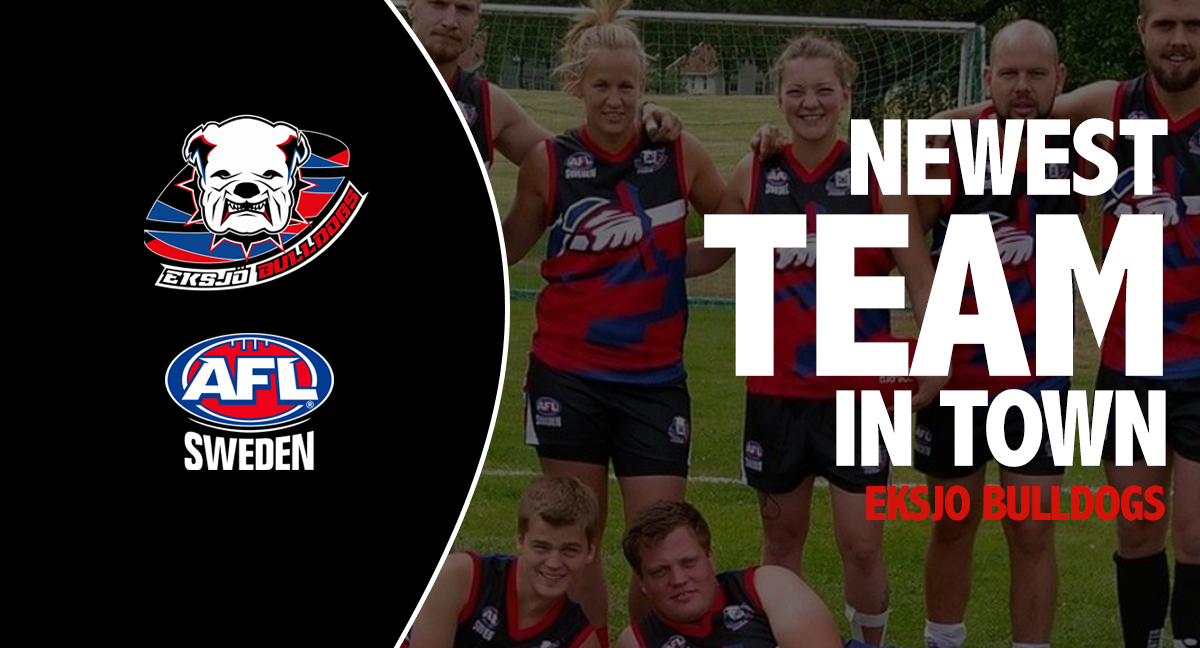 Reporter for AFL Europe, James Brosnan, hears from Eksjö Bulldogs founder, Gustav Silfverberg, on how the team came about as well as their growth in the past few years.

AFTER moving from Stockholm to the country area of Småland, Gustav Silfverberg missed playing Aussie Rules and so, the Eksjö Bulldogs were born.

As the latest addition to the Swedish football landscape, the Bulldogs formed back in 2016 and have been training in the town of around 10,000 people ever since.

Founder of the club, Gustav Silfverberg, explained that his love for the game grew after playing with the Norrtälje Dockers. 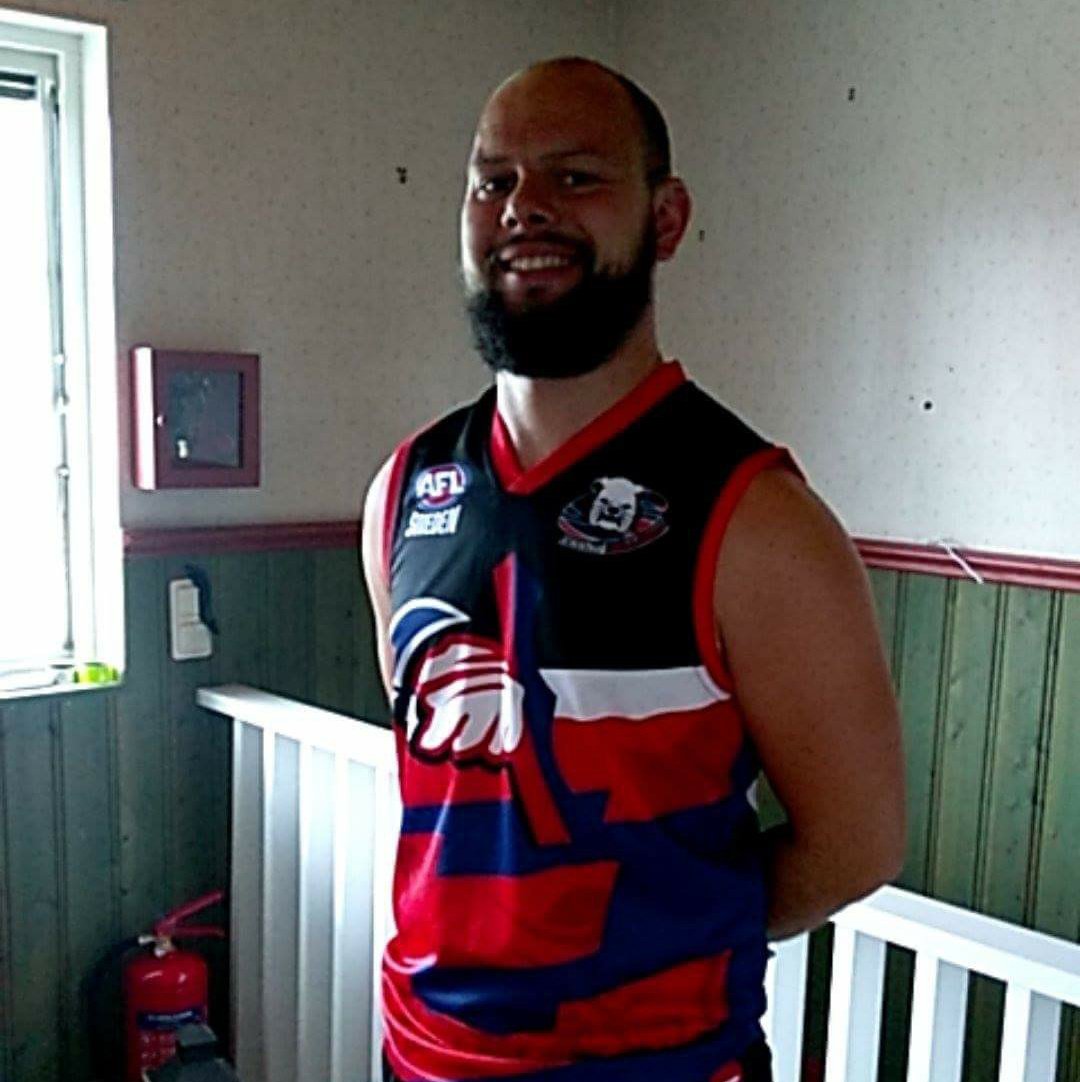 “I started playing in 2012 and in 2015 I moved down here to Småland, and after six months or so I started missing football so I started a team down here with the people I knew and it’s been going since then,” Silfverberg said.

“We have our ups and downs in people coming to training but now we have about 10 to 14 people at a training session.

“We are getting close to getting a proper team starting and playing serious so it’s nice.”

Games are not as regular for the Bulldogs as compared to some of their city counterparts, rather focusing on tournaments and friendly matches when they can.

The Bulldogs are among a number of Swedish teams in this position due to their geographic location. Eksjö is located four hours south of Stockholm by car, and three hours east of Gothenburg.

The Bulldogs team is a mix of men and women, which is working well for the club. Three of the Bulldogs players got the opportunity to play for the Swedish women’s national team at the Euro Cup in 2019.

“If we were to split up, it would be hard to get the numbers for training which would become less educational.”

Unlike a lot of Swedish teams, the Bulldogs have been able to continue training throughout the COVID-19 pandemic.

“It’s been going well, we still have the restrictions and we have followed them… no contact and stuff like that.

“The coronavirus is a problem all over Sweden, the bigger clubs have stopped – no training at all, but we are still going in a smaller scale. It’s good to get to trainings and it’s fun.”

Silfverberg and the Bulldogs are hopeful of getting a friendly game in by the end of the season against the Port Malmö teams, the Maulers (men) and Lynx (women).

“That’s the plan, we will see how it plays out,” he said. 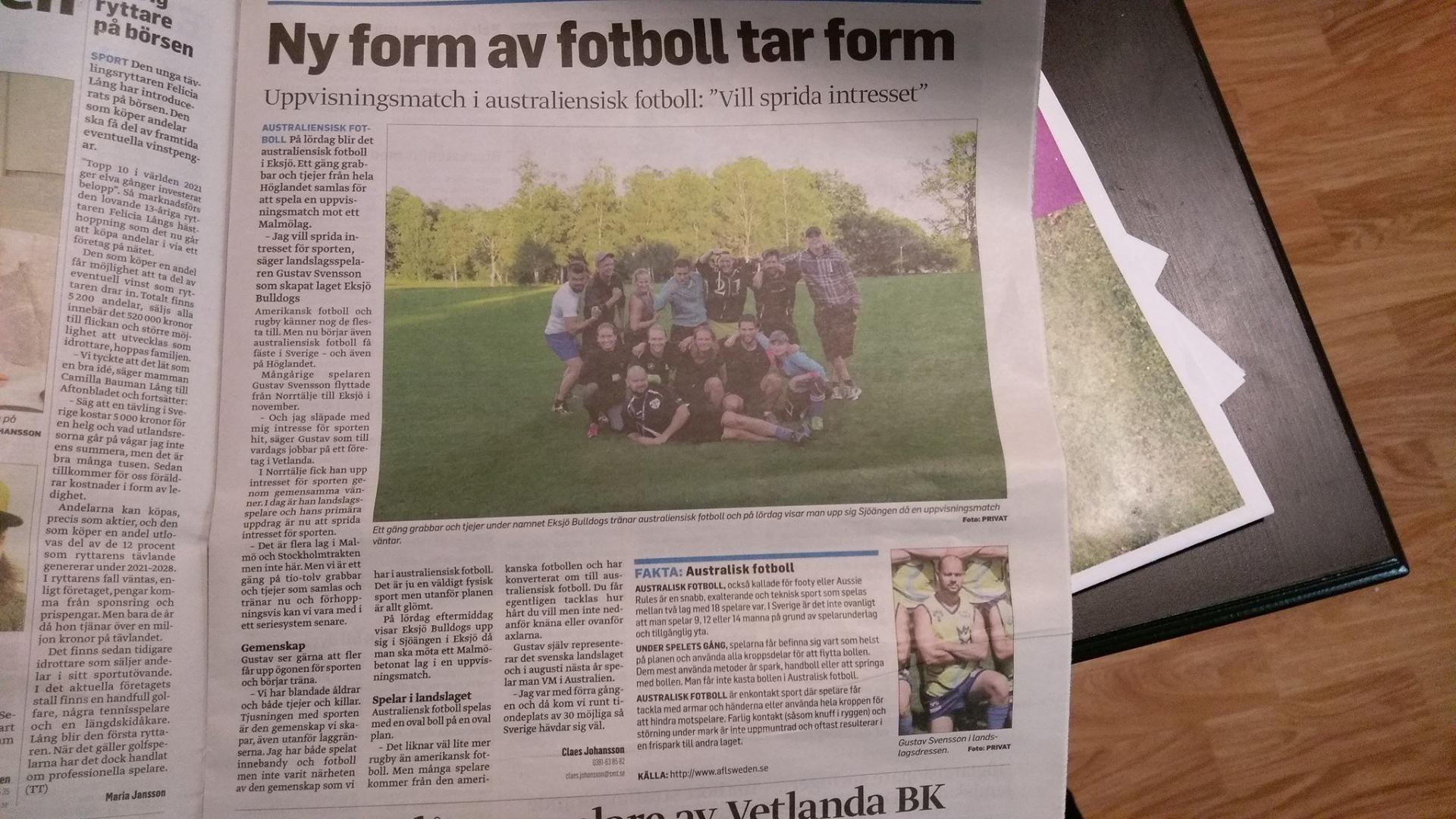 The beginning of the Bulldogs which featured in the local paper in 2016.

Silfverberg’s former teammate at the Dockers and president of AFL Sweden, Ryan Tucker, is also hopeful of some games on the horizon.

“We are looking to get a Swedish Cup, a one-day tournament at some time this year just to get everyone together,” Tucker said.

“We didn’t have one last year because of the Euro Cup; we just didn’t have time in the calendar.

So if it doesn’t happen this year it will be two years without that tournament which is a bit of step back, but hopefully we can get it in at the end of the year if the pandemic permits. 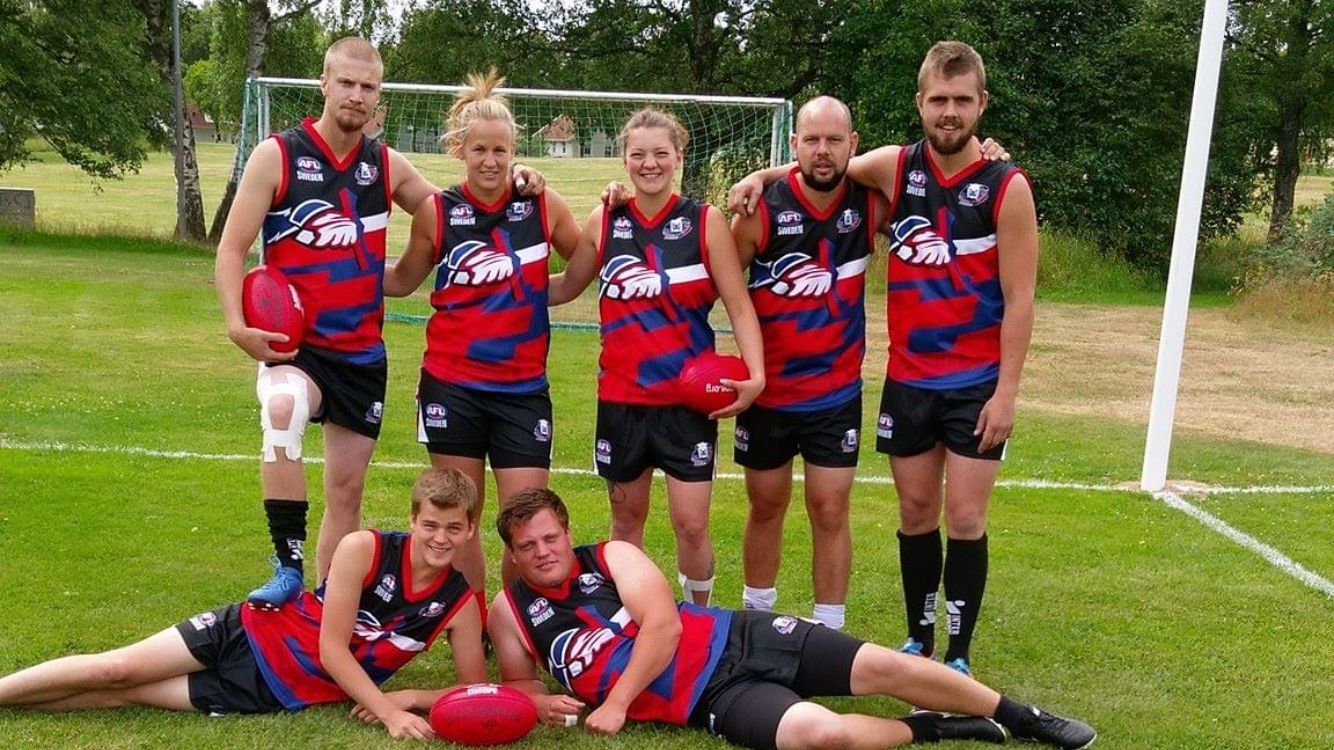 “We are also looking at getting our league going again if we can start playing which is fun to have on the horizon but whether that happens, hopefully it’s possible.”

The 2020 season would have been a big one in Sweden, who were set to host their inaugural standalone women’s competition.

The women’s competition will be made up of three teams including the Port Malmö Lynx, South Stockholm Giants and the Norrtälje Dockers.

“The upturn in the women’s football across the whole country is unprecedented for us, compared to three years ago when we had very low numbers.

We have three teams in the country and a massive amount of people interested in coming and joining in.”

To learn more about the Eksjö Bulldogs, or to find your Newest Team in Town, check out our Find Your Club page.

AFL Europe’s Race to the MCG